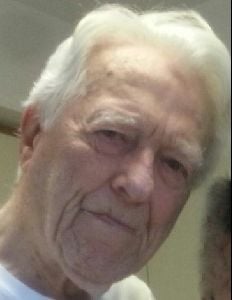 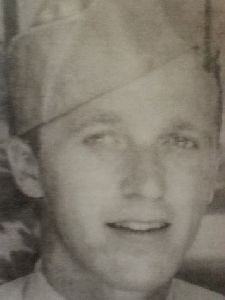 Robert E "Bobby" Parmer, Jr.,96, passed away in his home in Millersville on Sunday, August 7, 2016. On September 13, 1919, Bobby was born at home on Cabbage Hill where he lived for many decades. He was the son of the late Robert E. Sr. and Esther Suter Parmer. He was the 3rd of 14 children.

Bobby was a WWII veteran, serving from 3/17/42 – 11/16/45. His service was with the US Army, 2nd Battalion, 152nd Infantry, 38th Division. He served in South Pacific, New Guinea, Leyte, Luzon and Southern Philippines. He was awarded the Victory Medal, Good Conduct Medal, Philippines Liberation Ribbon with 1 bronze star, Asia-Pacific Service Medal with 3 bronze stars and The American Service Medal.

He retired in 1984 after working 45 years at Armstrong World Industries in the Inspection Department. During his career there, he was awarded many times for his suggestions to increase safety. Along with the Parmer family favorite place to visit, Rehoboth Beach, he also traveled to Cancun, Jamaica and Hawaii. For many years, he was an avid golfer and bowler.

He provided, as a gift, an intricately detailed pictorial family history to many family members. He painstakingly assembled this and it was very important to him. His hope was each generation would pass this gift on to the next generation.

Relatives and friends are respectfully invited to attend Bob's Celebration of Life Funeral Service to be held at the Andrew T. Scheid Funeral Home "Sullivan Home", 121 South Prince Street, Lancaster, PA 17603 (on-site parking with attendants) on Saturday, August 13, 2016 at 2:30PM. Friends may call at the Andrew T. Scheid Funeral Home-Lancaster on Saturday between 1:30-2:30PM. Interment will be in the East Petersburg Mennonite Cemetery, East Petersburg, PA with Military Honors. Kindly omit flowers. Memorial Remembrances can be made in Bob's memory to a charity of one's choice.