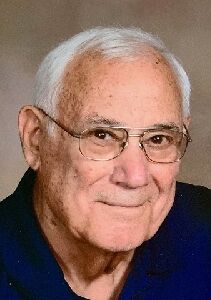 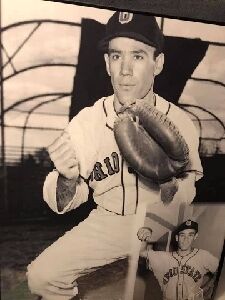 Richard Nick Cardina, 89, passed away on Tuesday, November 17, 2020. Born to Philomena and John Cardina in Painesville, Ohio on July 15, 1931, Richard was born the last of seven children. As a young boy, Richard learned how to run fast, racing against the sun to get home before dark. Alongside his father, he trained his hand to cut wood with steady precision; from his mother, he developed an appreciation for quiet.

And as he grew, his love for family grew, too.

Richard served his country during the Korean conflict before enrolling at The Ohio State University where he played catcher for their baseball team and frequented Frank's bar. After graduation, he moved to Gettysburg, Pennsylvania. There, his life really began when he met Jean Hartzell. The pair married on November 17, 1962.

Over the next 58 years, Richard was a teacher, a salesman, and a pilot, but above all, he was a family man-a devoted husband, and a wise, patient father to eight kids.

There was no greater joy for Richard than being with his family, whether hosting spaghetti dinners or Cleveland Browns clambakes, cheering on his grandchildren from the bleachers, having the family take up a whole pew at Sunday Mass, or sitting around the back porch telling stories. He was a masterful storyteller, and the keeper of family recipes and memories. In 2019, a selection of those memories made their way into a printed, hardback book called This Was Us and Other Stuff that Happened Along the Way.

When not with family, Richard could be found reading war memoirs on his kindle, trying out a new recipe in the kitchen, co-working on a crossword with Gram, or using his one "tool" to fix or create just about anything.

In lieu of flowers, pour a glass of something good, salud to his memory, and let your heart grow fonder for those around you. Life's not fair, sometimes it brings a tear, but we got Papaw out of it, and for that, we are forever grateful. O-H…

To send an online condolence to the family, visit www.GroffEckenroth.com Arrangements by the Groff High Funeral Home, New Holland, PA