Richard Lee Hershey, 75 of Mount Joy, passed away Wednesday, May 11 at Mount Joy Hospice & Community Care. Born January 24, 1947 in Manheim Township, Lancaster County, he was the son of the late Paul Wilmot and Edith Viola Hershey. He is survived by his wife of almost 40 years, Diana Kay (Barnett) Hershey a sister, Doris (Jim) Vanderkolk of Indiana, sisters-in-law Frances and Annie Hershey, and numerous nieces and nephews.

In addition to his parents, he was preceded in death by sisters, Ellie, Edith, Helen, and Fay, and brothers Glenn, Robert, Paul (Ned), William, and James.

Richard attended several Methodist churches in the area and was a believer in God. He was a graduate of Hempfield High School Class of 1965. He was a quiet man, described by some as a gentle giant.

He retired as a skilled mason in 2008 and volunteered at the Milanof-Schock Library since December 2008 until February 2022.

Family and friends will be received at the Sheetz Funeral Home, Inc., 16 East Main Street, Mount Joy on Friday, May 20, 2022 from 1 PM to 3 PM. There will be no formal service. Interment will be private. In lieu of flowers, memorial contributions may be made to Hospice and Community Care, 685 Good Dr., PO Box 4125, Lancaster, PA 17604-4125. To send an online condolence, please visit: www.sheetzfuneralhome.com 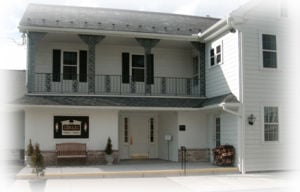