A devoted husband and father, he was married 7½ years to Melissa Sue Styer. Born in Ephrata, he was the son of Gerald L. and Marjorie (Logue) Styer of Brownstown.

Surviving in addition to his wife and parents are his 4 year old son, Samuel Logue Styer, and an unborn son due in June. Also surviving are his brother, Andrew, husband of Heidi Styer of Ephrata; mother- and father-in-law, George and Sharon Styer of Sinking Spring; 3 nieces and 1 nephew; 3 sisters-in-law; 2 brothers-in-law and a large extended family. He was well loved and loved others well.

Peter graduated from Conestoga Valley High School in 2000 and Lancaster General College of Nursing and Health Sciences in 2013. He was employed by Lancaster General Hospital as a respiratory ­therapist. He was an active member of Westminster Presbyterian Church where he was involved in children and youth ministries.

Peter fully embraced life, greatly enjoying all he did. He was an avid reader, fly fisherman and talented drummer. He joyfully shared his outdoor and musical skills with others. But most of all, Peter loved his Savior Jesus Christ and his family.

A memorial service will be held on Wednesday, April 16, 2014 at 11 AM, at the Westminster Presbyterian Church, 2151 Oregon Pike, Lancaster, with Dr. Michael A. Rogers ­officiating. Interment will be private at the convenience of the family.

Arrangements by Stradling Funeral Homes, Inc., Akron/Ephrata. Online condolences can be given at:

Plant a tree in memory of Peter Styer
A living tribute » 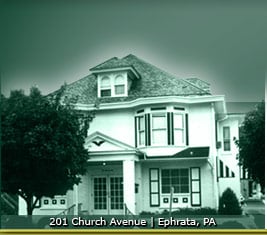