Pauline C. "Fritzie" Henry, of Maytown, passed away peacefully in her sleep on Sunday, October 4, 2020 at home after an illness of a few weeks. Born in Columbia, she was the daughter of the late Harold N. and Pauline S. Colin-Zurin. She was married to the late Michael C. Henry who passed away in 2005. Fritzie was a greatly loved and devoted mother, grandmother, great-grandmother, loyal friend, family leader and homemaker. She was a lifetime member of Historic Salem United Church of Christ and their church choir in Columbia and a former member of the Maytown Youth Organization. Family gatherings and celebrations were always the most favored times and activities that she enjoyed planning and inviting others to share in.

A Graveside Service will be held at Laurel Hill Memorial Gardens at a time determined by the family. In lieu of flowers, please consider a donation in the memory of Pauline C. Henry to: Historic Salem United Church of Christ, 324 Walnut Street, Columbia PA, 17512. Arrangements by the Workman Funeral Homes, Inc., Columbia/Mountville. To send an online condolence, visit: Workmanfuneralhomes.com 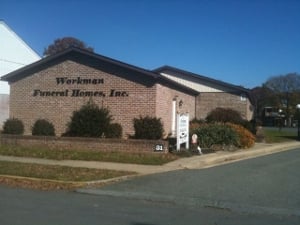