Lloyd S. Frey, 95, of Woodcrest Villa, Lancaster, and formerly of Manheim, died on Wednesday, October 14, 2020 at the Mennonite Home, due to numerous strokes. Born in West Lampeter Township, he was the son of the late Sylvester A. and Florence Kline Frey. Lloyd was married to Audrey Ackerman Frey. His first wife was the late Ruth Fuhrman Frey; and they were married for 63 years. He was a faithful member of Lititz Moravian Church, where he served as the head usher and candle maker and served on many committees. For over 45 years, Lloyd worked as the supervisor of building maintenance for Armstrong World Industries. He was a Veteran of the United States Army, 134th Infantry Company C, 35th Division, where he proudly served his country in Europe during World War II and was a participant in the "Battle of the Bulge," receiving two Bronze Service Stars. Lloyd was a lifetime member of both the Hope Fire Engine and Hose Company #1 in Manheim and the American Legion Post 581. For over 40 years, he faithfully served as a member of the Manheim Ambulance Association. He was also a member of the Manheim VFW, Post 5956; Chiques Rock Moose Lodge, Post 307 of Elizabethtown; Manheim Historical Society; Keystone Rovers Square Dancing Club and the Travel Timers Camping Club. He enjoyed spending time in the woods, camping, hunting, gardening, eating breakfast out with Armstrong retirees, Romeo at Lititz Moravian Congregation, and attending the Moravian and Woodcrest Villa Men's breakfasts. Lloyd played softball for the Manheim Old Timers League until age 79; he also played baseball as a youth for the town of Smithville and was known as Lloyd "Doc" Frey. In his later years, he participated in the Lancaster Senior Games, winning gold, silver and bronze medals until he was 93 years old. He also served as President of the Woodcrest Villa Woodshop for many years.

Relatives and friends are respectfully invited to attend Lloyd's Memorial Service at the Buch Funeral Home, 21 Market Square, Manheim, on Wednesday, October 21, 2020 at 11:00 AM. There will be a time of visitation with the family on Tuesday night, October 20, 2020 at the funeral home from 5:00 PM to 7:00 PM and again on Wednesday, October 21, 2020 from 10:00 AM until the time of service. Interment will be in Lititz Moravian Cemetery. In lieu of flowers, contributions may be sent in Lloyd's memory to the Manheim Fire Company at 83 South Main Street, Manheim, PA 17545, The Manheim Historical Society at 210 South Charlotte Street, P. O. Box 396, Manheim, PA 17545 or the Benevolent Fund, C/O Kim Peters, Development Coordinator, Mennonite Home Communities, 2001 Harrisburg Pike, Lancaster, PA 17601. To send the family online condolences, please visit, www.BuchFuneral.com. 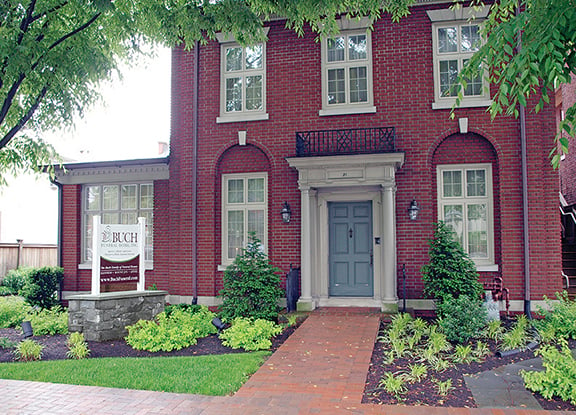