Joseph J. Miozza Sr., 88, of Denver passed away on May 9, 2022 at Hospice and Community Care in Mount Joy. Born in Wilkes Barre, he was the son of the late Frank and Elizabeth (Michenzi) Miozza. He was the loving husband of Maryann (Texter) Miozza, with whom he married on August 25, 1983 and shared thirty eight loving years of marriage.

He was a member of Red Run Mennonite Church. He was a graduate of Wilkes College. Joe served 4 years in the U.S. Air Force. Joe was an entrepreneur his whole life, owning pizza shops, Notary Public office, and owned and operated Garden Spot Real Estate along with his wife Maryann. He was a member of the National Associated of Realtors over 45 years. He and his wife loved to travel to Cape Cod, Italy and especially their many trips to Bermuda. He enjoyed golfing, weightlifting and was an avid reader.

In addition to his parents, he is predeceased by an infant son; Frankie Miozza, a daughter; Diane Wedd, a son; Angelo Miozza and a sister; Marie Symeon.

A funeral service will be held on Monday, May 16, 2022 at 11:00 AM in Red Run Mennonite Church, 987 Martin Church Road, Denver, PA 17517. There will be a viewing held for one hour prior to the time of service. Interment will be held in the adjoining church cemetery.

In lieu of flowers, memorial contributions may be made in Joseph's memory to Red Run Mennonite Church at the address listed above or to the Wounded Warrior Project, www.woundedwarriorproject.org

Eckenroth Home for Funerals in Terre Hill is entrusted with the funeral arrangements. 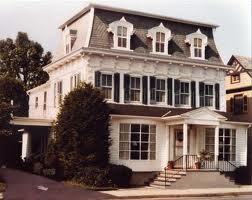