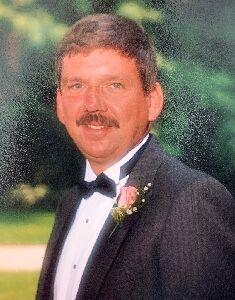 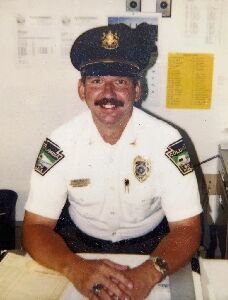 Joseph F. Greenya, 66, of Columbia, PA passed away on Sunday, October 4th at home surrounded by his loved ones. He was born on December 31, 1953 in Columbia, PA to the late Millard and Mary (Paone) Greenya. Joe was the beloved husband of Sharon (Metzler Diller) Greenya and together celebrated 24 years of marriage this past June. Also surviving is a brother, Fred Greenya, husband of Evelyn, Columbia, PA and a sister, Maria Roselle, wife of Robert, Randlett, OK, 4 daughters: Susan Luttman, wife of Don, Columbia, PA, Laura Wise, wife of Mike, Strasburg, PA, Cindy Smucker, wife of Justin, Leola, PA and Meghan Glick, wife of Jay, Ronks, PA, 12 grandchildren and 2 great-grandchildren and nieces and nephew.

Joe graduated from Columbia High School in 1972. In 1973 he joined the Columbia Police Department part-time, which was the start of his long career with the department. Joe attended the State Police Academy and steadily moved up the ranks in the department from Patrolman to Sergeant, Detective Sergeant and then became Chief of Police in 1996 until his retirement from the Department in 2011. During his time with the Department Joe graduated from the FBINAA in 1985 and FBI LEEDA in 1996. Joe was very proud to serve as a police officer for the Columbia Borough.

Joe was an avid Pittsburgh Steelers fan, he loved golfing, enjoyed his many trips to Myrtle Beach, and his involvement with the many organizations in which he was a member. Joe loved traveling with his wife, and went to many FBINAA re-trainers over the years, where he made many lifetime friends. Joe also enjoyed the many fishing trips with his late father-in-law. He loved spending time with his family and being the one who got to choose which grandkids got their Christmas gifts next by picking their names out of a hat.

Joe also enjoyed sharing a cupcake with his wife every evening from his favorite cupcake shop, Sweet Shenanigans Cupcakery. He was an avid Nascar fan, and enjoyed camping at the Dover Track. He attended many Final Four basketball championships with his friends, and as a teenager, served with the Columbia Number One Fire Company and Fire Police. Joe was a member of the Riverside Camping Association.

Joe was a friend to many, and always the life of the party. He was always the leader of the electric slide, sometimes seen singing duets with his buddies. His fun loving nature and ability to make people laugh will be missed by many.

Joe leaves behind a mighty legacy, and he will be missed by his wife, his family and his friends. A viewing will be held at FOP Red Rose Lodge #16, 917 South Prince Street Rear, Lancaster, PA on Sunday, October 11, 2020 from 1:00-4:00 PM. Please wear a mask. A Mass of Christian Burial will be held on Monday, October 12, 2020 at St. Peter Roman Catholic Church, 2nd and Union Streets, Columbia, PA at 11:00 AM with the Reverend Father Anthony Swamy as Celebrant. There will be no additional viewing on Monday. Final Commendation and Farewell will be in St. Peter's Catholic Cemetery.