Howard "POP" S. Byrd, 97, of Lancaster went home to be with the Lord Jesus Christ on February 13, 2021, at home surrounded by his family.

Howard was born in West Chester, to the late Isaiah Byrd, Sr. and Mable Rudolph Byrd. He was married to the late Goldie N. Taggart Byrd.

He was a veteran of World War II, serving in the U.S. Army.

Howard worked on the Faucett Farm. He worked for Grocery Store Products Co. for 20 years and over 35 years at Lauria Brothers, Coatesville where he retired in 1988. He enjoyed playing Dominoes, Horseshoes and walking. Pop also enjoyed attending church and the Moravian Adult Center.

Howard was the patriarch of the Byrd family. He was the sixth of 10 children. He leaves to cherish his memories: 2 sons, Richard Byrd (Dawn) of York and Albert Byrd of Lancaster; 5 daughters, Darlene Byrd and Mary Pompey (Butch) of Lancaster, Goldie Arnold (Lee) of Pine Bluff, AR, Cathy Davis of Savanah, GA, Sandra Williams (Herman) of Dillion, SC; 29 grandchildren, 52 great-grandchildren,10 great-great-grandchildren, cousins and friends.

Family and friends are respectfully invited to attend Howard's funeral services on Friday, February 26, 2021 at 11:30AM from the New Life Church, 1991 Old Philadelphia Pike, Lancaster, PA 17602. Friends will be received at the church on Friday from 10 to 11:30AM. New Life Church requests that masks be worn inside their building. Interment will be held in the Mellinger's Mennonite Cemetery, Lancaster.

In lieu of flowers, donations can be made to Moravian Adult Center, 227 N. Queen Street, Lancaster, PA 17603.

For other information, please call 717-393-1776 or to submit an online condolence visit www.melaniebscheidfh.com. Melanie B. Scheid 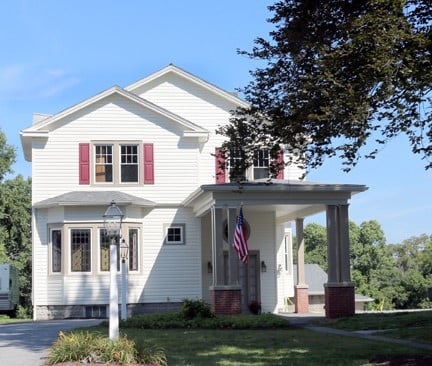