Horace Carnell Boynton went to be with his Lord and Savior on Friday, November 28, 2014 at home. He was the beloved husband of Dolores Willie Boynton who preceded him to glory, and the beloved father of his 16 year-old son, Jordan.

Horace was born in Winnabow, North Carolina in 1953, the son of Edna and Vander Lee Boynton. He was employed as a meat cutter after High School. He became the coordinator of The New Ark ministry for men after graduating the ministry in 1989, and served in that capacity until 1993. Horace was a licensed minister and evangelist with Alpha and Omega Ministries, Christiana. He has been a faithful Board member of Harbingers Bible and Missionary Training Institute in Kenya, East Africa. He was a painting contractor and owner of Fresh Start Painting Company. 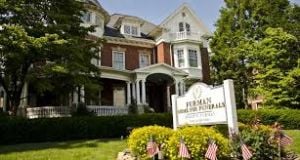