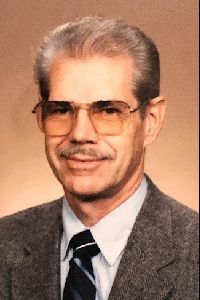 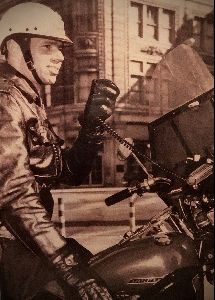 Surrounded by his family at home, Harry Thomas Aichele, 90, of Lancaster, formerly of Lititz, went home to be with the Lord Saturday evening, May 16, 2020. He was born April 7, 1930 in Johnstown, PA to the late Harry Allen and Margaret (Nesbitt) Aichele.

Harry or "Tom" as many knew him, lived a life of Service. Starting with Scouting as a boy, he later served in the Naval Reserves (‘47-‘48) and then in the United States Marine Corps (‘48-‘53). He is a Veteran of the Korean War, served in Quantico, Cherry Point, Parris Island as a Drill Instructor, and Special Services as an Embassy Guard and Body Guard for the US Ambassador in Korea (‘51-‘53).

Upon his return to civilian life, Tom served with the Lancaster City Police Department from 1956 to his retirement as Lieutenant in 1982. He served in every possible capacity, but particularly enjoyed his tenure with the K9 and Motorcycle Units. He was most proud of his work as Department Training Officer, with colleague Bill Hoover and Pennsylvania Attorney General, on the development and implementation of Pennsylvania Act 120 establishing legislation of standardized training and education for Police Officers statewide. Among his many achievements and commendations, his family is proud of his recognition as Hamilton Watch Police Officer of the Year (1963), and his award of the Lifesaving Medal of Honor. He shot competitively with Lancaster City Police Shooting Team and Red Rose Pistol Club, earning numerous medals and trophies.

Upon his retirement from LCPD, Lieutenant Aichele joined Warwick Township Police Department as Chief of Police, serving from 1982 through 1990, at which time he entered Private Security in various capacities until his ultimate retirement in 2019.

Harry loved horses and played with the Lancaster Polo Club. He was instrumental in the addition of the Mounted Horse Patrol to Lancaster City Police Department.

Family and friends are invited to celebrate Harry's life at a Graveside Service with Military Honors at the Trinity Evangelical Congregational Church Cemetery, 18 Bomberger Rd., Lititz, PA 17543 on Tuesday, May 26, 2020 at 1pm.

For those who would like to honor Harry's service as a retired Lancaster City Police Lieutenant, we invite all to join standing curbside in front of the Lancaster City Police Station, 39 W. Chestnut St., Lancaster, PA as we process by with his flag draped casket on Snyder's Harley Hearse at 12noon prior to the graveside service. We also invite Lititz friends and police officers of the Lititz Boro and Warwick Township area to stand curbside along South Broad Street as we process through Lititz and pause at the Lititz Boro Police Station, 7 S. Broad St., Lititz, PA to honor Harry at 12:30pm prior to the graveside service.

The family regrets that due to the current COVID-19 restrictions, they must forego a public viewing and post-interment luncheon. All are welcome at the cemetery.

In lieu of flowers, memorial contributions in Harry's name would be welcomed at the Lancaster Bureau of Police's Mounted Horse Patrol. Checks may be made out to the Lancaster Police Foundation, write "Mounted Patrol" in the memo line and mail to Lancaster City Bureau of Police, Attn: Sgt. Michael Gerace, K9 & Mounted Units, 39 W. Chestnut St., Lancaster, PA 17603.