Fred graduated from WPSD - Pittsburgh School for the Deaf. Fred always had a strong interest in sketching and building model replicas. His attention to detail will always be remembered through his work.

Fred was an avid train collector and despite being hard of hearing it was not uncommon to hear him listening to AC/DC at the highest volume.

Fred was no stranger to being a fan of the Pittsburgh Steelers and WWE Professional Wrestling.

In addition to his father, Thomas Butler, he was predeceased by a brother, Mathew Butler.

Surviving in addition to his wife, Tina (Winder), are his son, Jason Butler, along with granddaughter, Everleigh, his mother, Margaret Butler, sister, Laura Struble, step-sons Brian and Michael Beatty.

A service of remembrance will be scheduled in the near future.

Plant a tree in memory of Frederick Butler
A living tribute » 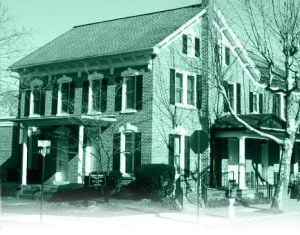