Born in Rochester, New York, December 20, 1933, to George and Gertrude (Bradler), he was baptized and confirmed at St. Andrew's, Rochester. After attending Aquinas Institute in Rochester, he enrolled at St. Mary's College in North East, Pennsylvania, from which he graduated and matriculated to the Redemptorist's novitiate at St. Mary's, Ilchester, Maryland. He pronounced first vows there on August 2, 1955, and final vows at Mt. St. Alphonsus, Esopus, New York

He was ordained to the priesthood there on June 19, 1960. Father Geiger exhibited a love of learning and so his first assignment was as a professor at the Redemptorists' minor seminary in North East, PA. There he taught Latin and Greek for a year (1961-1962) before being sent for graduate studies at the Catholic University of America, from which he obtained a master's degree in 1964.

In July of that year, he received a new assignment to teach classical languages at St. Alphonsus College, Suffield, Connecticut, a post he held until 1970. From 1970 to 1975 he was rector and principal at St. Mary's College in North East.

Father Geiger cast his net toward a different field between 1975 and 1979, when he was rector of the San Alfonso Retreat House in West End, New Jersey. He returned to Washington as a mission preacher between 1979 and 1984 before undertaking a spirituality course in Nemi, Italy. Consequently, he had a renewed vigor as rector of St. James and John, Baltimore (1985-1986).

Father Geiger then gave his talents to the former Vice-Province of Richmond, serving at St. Francis, Hilton Head, South Carolina (1986-1987); St. John the Evangelist, Waynesville, North Carolina (missionary, 1987-1991); and Holy Trinity, Orangeburg, South Carolina where he gave missions between 1991 and 1993, before becoming rector of Holy Trinity from 1993 to 1996. Additionally, he was the rector of St. Joseph's, Tampa, Florida (1996-1999) and St. James, Concord, North Carolina (2002-2008). He served twice as a retreat master for Holy Family Retreat House in Hampton, Virginia (1999-2002 and 2008-2011). He returned to St. James, Concord, as a parochial assistant between 2011 and 2015. Between January and November 2015, he took up residence at St. Alphonsus Villa in New Smyrna Beach, Florida. By then he requested to return to the Baltimore Province and was then assigned to St. Clement's Mission House in Ephrata, Pennsylvania, where he remained until the day before his last assignment to Timonium, which was effective July 14, 2021.

Father Geiger was the epitome of a gentlemanly priest-friendly and engaging with a ready smile. When he shifted from teaching and administration at Redemptorist seminaries to a new challenge as rector of the San Alfonso Retreat House, he indicated to a group of retreatants that "they knew more about retreat work than he did" and asked for their prayers. The assembled men greeted him with thunderous applause. Father Geiger recalled that his own father George had been a regular attendee at the Notre Dame Retreat House in Canandaigua, New York, and so attention to personal spiritual growth was already in his DNA.

"The death of any confrere is hard on all of us. For me, this is a hard loss – Jim interviewed me prior to entering the seminary and was the Rector my first year at St. Mary's Seminary. May he rest in peace," Fr. Paul Borowski, Provincial Superior of the Redemptorists of the Baltimore Province.

Services under the care of Paul L. Gravenor Home For Funerals, Ephrata, Pa. 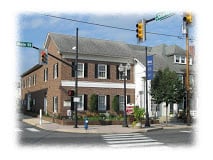