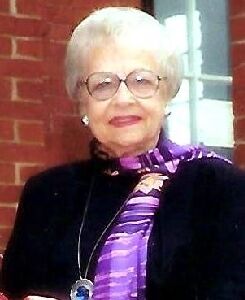 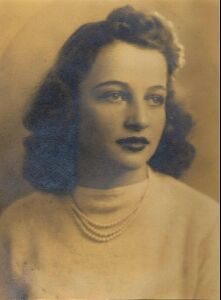 Dr. Iris (Stella) MacRae, 101, peacefully passed away on Thursday, March 4, 2021 at Brethren Village, Lititz, PA with her loving sons, Duncan, Gordon and Scott by her side. She was a virtual "trailblazer" for human issues and education her entire life. She channeled her vast powerhouse of energy to bring the Hispanic culture to the forefront in Lancaster County.

Born in Guayanilla, a small town on the southern coast of Puerto Rico, to a well-to-do family, Dr. MacRae was the youngest of eleven children born to Jesus Stella and Consuelo Marcucci de Stella. Her father was a sugar cane planter and dairy farmer.

Her father was a true patriarch. As she was growing up, women from families such as hers, did not defy their father's wishes with regard to education. Although she wanted to be a pediatrician (a profession her father felt inappropriate for a female) he told her she had to be a nurse, secretary, or a teacher. She abided by his wishes. After graduating from Caguas High School in Caguas, Puerto Rico, Iris came to the United States. She did her undergraduate work at Chestnut Hill College, where two of her sisters were already enrolled. She chose teaching because of her love of children.

Dr. MacRae was preceded by her beloved husband, Captain Duncan MacRae to whom she was married for almost forty years until his passing in 1984. They had three sons. Fifteen years later in 1999, she married again. This time to Dr. Asdruval F. Arzola, MD, a childhood sweetheart from Puerto Rico. They were happily married for 5 years until his death in 2004.

While at Chestnut Hill, Iris met Duncan MacRae, Jr., the son of a family with Scottish and Swedish roots. Four years later, they married. In the early years of their marriage, when Duncan was a Captain in the Marine Corps, the MacRaes moved around the country a great deal. They moved to Ephrata in 1953, after that Duncan went to work for Wyeth Laboratories in the Veterinary field.

Three years later, they built their house in Lancaster where Iris continued to live until 2009 when she moved to Brethren Village. Her home in Lancaster was an "open house" to her friends and those of her children who always gathered there. That was due to the fact that, in addition to being an "interesting person," Dr. MacRae was also "interested" in people. She cared about education, youth, politics, community affairs – everything! Her interest in international affairs and what happened in the world was ongoing.

Prior to joining the School District of Lancaster in 1971 as Director of English as a Second Language (ESL)/Bilingual program, Dr. MacRae taught Elementary Spanish in the Conestoga Valley School District for 12 years, chairing the elementary Spanish Program. Also, while residing in Puerto Rico and upon graduation from College of Chestnut Hill, she taught music, art, home improvements, and home economics for two years.

Leading the School District of Lancaster's English as a Second Language/Bilingual Program for twelve years, from 1971 until she retired in 1983, she enabled many disadvantaged non-English speaking students to adjust to and partake of the educational resources of this community. Her greatest interest was in improving the caliber of urban education and "helping children to help themselves." During her tenure, the program grew from 100 to over 600 students. Dr. MacRae's impact on education is present in the Carter & MacRae Elementary School built in 1989, which was named after her and the late Elizabeth M. Carter.

For most of her life, Dr. MacRae has shared her time and expertise with her community. She held numerous Board positions with the Urban League, Spanish American Women's League, National Central Bank, and the Spanish American Civic Association (SACA) where she served on the Board for nine years and was Board President in 1982-1983. Also, she has served with Lancaster Tomorrow, Human Relations National Association of Bilingual Education (NABE), Pennsylvania Association of Bilingual Education (PABE). She also held membership in Phi Delta Kappa at Pennsylvania State University, served with the Urban League of Lancaster County, the Spanish Council, Child Abuse prevention Board, Drug and Alcohol Abuse, Project Blue Print, the Nomination Committee of the United Way of Lancaster, and the Advisory Council of the Lancaster County Office of Aging.

In 1977, she was named by Governor Milton Shapp to the Trial Court Nominating Committee, serving for the Second Judicial District. In addition, she was a member of the educational sub-committee of the City-County Human Relations Committee. She worked to provide dental and pediatric care to residents in the southeast area of Lancaster, assisted in the creation of the Lancaster Hispanic radio station WLCH Radio Centro, mobilized the Hispanic Community to exercise their voting rights, and was Chairperson for The Museo Hispano, and worked with the Lancaster Police Force toward better understanding of the Spanish-American population. She also served in the Council of Youth Ministry of the Lancaster Council of Churches, the YWCA Nominating Committee, and numerous others.

Her undying educator and volunteer spirit did not go unnoticed. In 1976, Dr. MacRae received both the Humanitarian Award and the Robinson Award from the Lancaster City Human Relations Commission and a Citation from the House of Representatives. In 1977, she received an award in recognition of Leadership Role of Women in Business from the Y.W.C.A. and the National Central Bank. In 1988, she received the Red Rose Award from the City of Lancaster, in recognition for her "Tenacity at battling injustice, providing a stabilizing and inspirational force among Hispanics, and for her longstanding voluntary contributions that have benefited the entire Lancaster Community." In that same year, she was honored by SACA for her community involvement. In 2007, she received the Educators Award on Poverty from the Lancaster Community Action Program (CAP) and in 2008 the United Way of Lancaster Blueprint Award. She also served in the Consumer Education Advisory Board of PPL Electric Utilities, and the Advisory Boards of the Osteopathic Foundation and the Lancaster Community College.

In 1990, she received the Latino Affairs Pride Award from the Governor's Advisory Commission on Latino Affairs (GACLA) presented to her by Pennsylvania's Governor Thomas Ridge, and again in 2015, Secretary of Education Pedro Rivera and GACLA, on behalf of Governor Thomas Wolf, recognized her for her service to Hispanic education. Dr. MacRae presented this award to the Principal of the Carter & MacRae Elementary School at a brief assembly, where she related to young students why she became a teacher, telling them "That was what they thought (about women's careers) then. You kids can be anything you want to!" Fifth-grader Jaylin Berrios said Dr. MacRae's visit and story inspired her to ignore other's doubts. "Now I am not afraid what kids are going to say that I can't do this, or I can't do that…I want to make a big change to the world, just like Dr. MacRae."

Dr. MacRae loved to sing with her family and close friends the lyrics of "The Impossible Dream (The Quest)" from "Man of La Mancha," a popular song composed by British composer Mitch Lehigh, with lyrics written by Joe Darion. A most appropriate song that characterized the life of this incredible woman, "To fight for the right/Without question or pause,/To be willing to march/Into hell for a heavenly cause./And know if I'll only be true/To this glorious quest/That my heart will be peaceful and calm/When I'm laid to my rest./And the world will be better for this,…"

When asked about her journey in life, Dr. MacRae will say, "I have lived the most interesting life in the world, and I hope you are as happy as I am today and every day." Her secret? It's giving, in life, that counts. What you get, forget it."

In addition to her three sons, Duncan, Gordon and Scott, Dr. MacRae is survived by five grandchildren, two great-grandchildren and 12 nieces and nephews.

Services will be held sometime in the future when we can get all the family together.

A family burial will be held at Indiantown Gap National Cemetery following a celebration of her life and accomplishments.