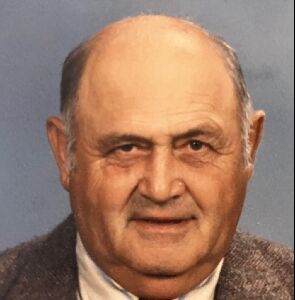 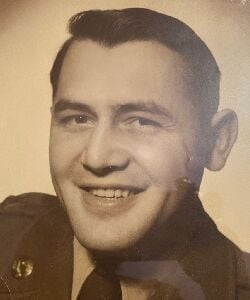 Donald Butzer, 93, of Lancaster went to be with the Lord Jesus on Saturday January 21, 2023 at the Mennonite Home in Lancaster. Born in Silver Spring (West Hempfield Township), he was the husband of Charlene (Mummaw) Butzer. They celebrated their 69th Wedding Anniversary on November 21, 2022. Donald was the son of the late John Charles and Anna May (Lenhard) Butzer. Surviving in addition to his wife, Charlene, are his two children: daughter Peggy, wife of Don Scheese and son Ronald; and a sister, Mary Jane married to Jack Wissing. Donald was also the father of the late Betsy Butzer.

Donald attended Hempfield High School. He worked for 40 years as a mason for Charles & Earl Schlegelmilich, Alvin & Drew Mummaw, and Kenneth Buckwalter. As we drove around the area, he would point out to us all of the projects he worked on.

His memberships included being a Charter Member of the Silver Spring Volunteer Fire Company, a lifetime member of the VFW, and a member of Hempfield United Methodist Church. Utilizing his skill as a mason, he helped build the original Silver Spring Fire Company. Donald was a United States Army Veteran and served from 1951-53 during the Korean War in Karlsruhe, Germany in the Armored Division.

Donald loved sports. In his younger years he enjoyed playing hardball and softball for various teams: Chestnut Hill, Mountville, and Central City and County. He also enjoyed hunting in his spare time. Donald was a big fan of Penn State Football, and all the Philadelphia teams: the 76ers, Eagles and especially his beloved Phillies.

After his retirement he enjoyed woodworking, especially making snack tables and constructing items out of tobacco lathes. Donald also enjoyed traveling and made visits to Florida, Minnesota, California, Arizona and Hawaii.

Donald's family would like to thank Hospice & Community Care of Lancaster County and the Mennonite Home for their compassionate care.

Donald's Celebration of Life Funeral Service will be held at the Hempfield United Methodist Church, 3050 Marietta Avenue, Lancaster, PA 17601 on Monday, January 30, 2023 at 11:00 a.m. with Rev. John Longmire officiating. There will be a visitation at the church on Monday between 10 and 11 a.m. Private interment will be in the Silver Spring Cemetery, Silver Spring, PA. Kindly omit flowers. Memorial Remembrances can be made in Donald's memory to the Hempfield United Methodist Church or Hospice & Community Care, 685 Good Dr., Lancaster, PA 17604. Arrangements by the Clyde W. Kraft Funeral Home, Inc. Columbia/Landisville