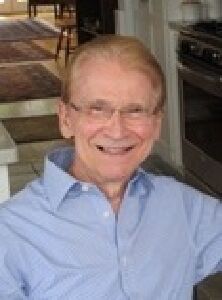 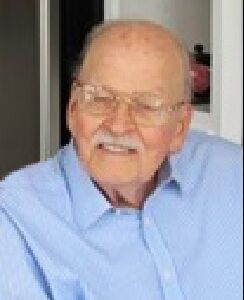 Born July 25, 1934 in Beaver Falls, PA to Vera F. and Charles L. Richard. Chuck spent his entire childhood in Beaver Falls, graduating from high school in 1952. He attended the private liberal arts college of Washington & Jefferson College in Washington, PA and graduated in 1956 with a BA. While in college, he was active in many organizations including the fraternity Phi Delta Theta and the weekly school newspaper, the Red and Black, where he served as Editor in Chief his senior year. Chuck continued his education at Drew, a private university in Madison, NJ, which has a theological seminary to train candidates for Methodist ministry. In 1960, he graduated with a Bachelor of Divinity (BD). Upon graduation, he led a small Methodist church in Southern Lancaster County until 1965, when he left the ministry for a new career.

Chuck was hired as a bank teller for National Central Bank in Lancaster, PA in 1965. Over the years, he advanced through the positions of Senior Audit Examiner, Administrative Audit Officer, Manager of Deposit Bookkeeping and Information Coordinator. He retired from CoreStates Financial Corporation on October 1, 1992, in the position of Assistant Vice President in the department of Information Services.

Born June 20, 1931 in New Britain, CT to Anna Marie Bouche and Dominick Frank Ustillla. His parents were from Lithuania and Ed was raised within their cultural traditions – a topic he never tired of discussing as he grew older. He spent his entire childhood in New Britain and graduated high school in 1949.

Ed enlisted in the U.S. Air Force on May 3, 1951. He was trained as Cryptographic Operator and was stationed in the Philippines, during the Korean War. During his final year of service, Ed was stationed at Radar Air Force Base in St. Albans, Vermont and honorably discharged on May 2, 1955. In the service, Ed taught himself to do realistic watercolor paintings. He was recognized at this early age as an "artist to watch," including having a one man show at the Robert Hull Fleming Museum in Burlington, VT in the summer of 1955, and participating in shows on the base in the spring of 1955.

Ed's talent was recognized and he was accepted at Pratt Institute in Brooklyn, New York on the GI bill and attended the school from 1955 to 1958. Ed focused on Illustration and Color Study classes. He also took art classes at New York University at this time. During this period of training, Ed changed the medium in his art work from watercolors to acrylic and oil painting, and his subject matter from realistic to abstract. In the 60's, Ed continued to paint, for himself and for private clients while also working in interior design and furniture design.

In January 1961, he was hired by Armstrong World Industries in Lancaster, PA as a Chief Stylist in their Product Styling and Design Department for vinyl flooring. Over time he advanced to Master Stylist and at the time of his retirement he was Director of Design at the Styling Center on Columbia Avenue in Lancaster, PA. In 1965, he was awarded the International Design Award, presented by American Institute of Interior Designers, for his Hard Surface floor covering design entitled "Colonial Chestnut Series," which simulates old wood flooring on vinyl sheet goods. In the 60's, Ed also designed one of the more popular vinyl floor tiles made by Armstrong World Industries called "Paiselle." In January of 1991, Ed received the 1990 Innovation Award for design excellence in the styling of "Finesse," one of Armstrong's design lines in their Candide product line of non-imitative "vinyl for vinyl's sake" look that received a high level of marketplace acceptance. Towards the end of his career with Armstrong, Ed was traveling to Montreal, Canada several times a year to proof and/or correct the color in the actual vinyl flooring as it was being manufactured. He loved the city of Montreal! He retired July 1, 1996.

Chuck and Ed met on October 23, 1963 and it was love at first site. Sadly, like many LGBTQ persons of their era, their relationship was kept a secret from all but the closest of friends. When PA legalized gay marriage, they married on August 16, 2014. This year, 2020, would have marked 57 years together!

Both Chuck and Ed were great lovers of animals. Beginning in 1959 and through the late 70's, they raised and showed Pomeranian dogs. One dog named Bonner's Sunwag Sensation won Champion at the American Kennel Club show May 25, 1969. Chuck and Ed also filled their home with at least one pet dog and cat at all times. Often there were two dogs and several cats. They focused on raising Borzoi and German Shepard breeds. It was always interesting having dinner at their home, as the dogs were pretty much at eye level with the table and what was on it, as we dined.

Chuck was a great lover of opera. He really loved the singer Maria Callas. Ed and he attended many operas in New York City, as well as live Broadway shows on their frequent weekend getaways to the city. Ed loved great art and a trip to the latest art exhibit at the Met, Guggenheim or Museum of Modern Art was often also on their agenda when in NYC. Travel was not much of a passion of theirs, except they did have fond memories of trips to Italy and Stone Harbor, NJ.

Chuck was an avid reader, especially a "good mystery." Ed enjoyed a good book, especially cook books, but was challenged by failing vision towards the end of his life. Both men were highly articulate and interesting conversationalists. Ed will be remembered for his artist eye, combined with his love of color and pattern, which he applied to everything he looked at or created– be it a plate of food (Ed was a great chef), a garden he planted, or an interior he arranged. Ed died peacefully on June 20, 2018, his birthday, at age 87. Chuck will be remembered as a quiet man with a wry sense of humor, content with a good book, good classical music on his Bose stereo and a cat or dog nearby. He died peacefully at age 86 on September 20, 2020.

An informal service and their interment will be held outside at West Green Tree Cemetery, 740 Greentree Road, Elizabethtown, PA 17022 on their anniversary, October 23, 2020, at 1 pm. Friends and family are welcome to attend. To honor Chuck and Ed, please consider donating to a charity of your choice that supports research and/or helps families suffering with dementia.