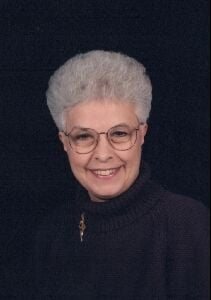 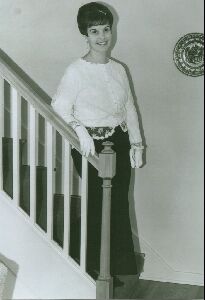 Barbara Ann (Sager) Filling, 85, passed away at the Masonic Care Center on January 3rd after battling dementia and MS for many years. Born in Lancaster, she was the daughter of the late Amos Martin and Antoinette Marie (Graff) Sager.

Barbara was the wife of the late Richard R. Filling, who passed away in 2017 after 61 years of marriage. She will be lovingly remembered by her children; Vicki, (Ken) Kuipers of Mountville, Ann Marie (Walt) Engle of Denver, Kristine Dittmar of Hummelstown, and Melissa (Wil) Younger of Lancaster, her grandchildren Cassandra (Greg) Adams, Edward, Cooper, and Jackson, and her great-grandchildren Brock and Kendra. She is preceded in death by her siblings Richard, Edward, and Dorothy Herren.

She was a graduate of Hempfield High School, after which she was a secretary at Lancaster Newspapers and RCA. Barbara then took time off to be a homemaker, volunteer, and to raise her girls. She was a member of the Greater Millersville Jay-C-Ettes, a Brownie leader for many years, PTO president at various elementary schools, and a volunteer at the Historic Rock Ford, and with many children's charities.

Barbara was affectionately known as Babe, Babs, or Barb to those who knew her. She was the perfect Ed McMahon to husband Dick's Johnny Carson-like sense of humor, with exact timing on an eyeroll to match his punchlines. Two of her greatest passions were reading, and tracing her family genealogy with her sister Dot, the two of whom could be found traipsing through the many cemeteries of Lancaster County searching for the missing pieces of their family's puzzle.

A viewing will take place on January 12, 2021 from 10-11am, with the Funeral Service immediately following at 11AM at the Charles F. Snyder, Jr. Funeral Home & Crematory, 3110 Lititz Pike, Lititz, PA. Interment will be in Longeneckers Cemetery in Lititz. Masks are required to be worn for entrance into the funeral home. In lieu of flowers, contributions may be made to the Masonic Home Office of Gift Planning, RO4 Eden Account, 1 Masonic Drive, Elizabethtown, PA 17022, or to the Lititz Public Library, 651 Kissel Hill Road, Lititz, PA 17543. To send a condolence, please visit SnyderFuneralHome.com