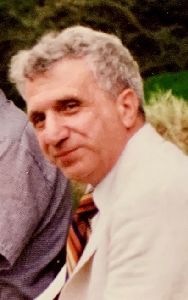 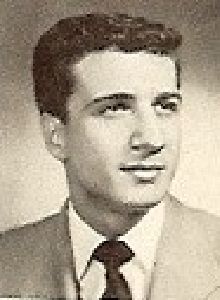 Alex was born on January 21, 1935 in West Reading, Pennsylvania. He died on April 11, 2020 from COVID-19. He was one of four children born to John A. and Maria (Economides) Zervanos, who emigrated from Kos island, Greece.

He grew up in Reading where he attended Tyson Schoener Elementary, Southwest Junior High, and Reading Senior High School, where he assumed a number of class officer positions. In high school, he was a member of the National Honor Society and active in the Thespian Society and president of the Dramatic Club. A stellar student, he graduated Phi Beta Kappa in Classical studies from Yale University in 1959. He acquired a Master's in Byzantine History at Harvard University as well as a Master's in 16th century English History from the University of Wisconsin, where he was also pursuing his doctorate. His work relating to his doctorate thesis included a year of study at Oxford University. He was teaching at the University of California at Riverside, while still working on his doctorate, when in 1968 he became disabled.

He lived the remainder of his life in Reading surrounded by relatives and friends. His apartment walls were filled with books, a constant source of solace and enrichment of his life until only a few years ago. No longer able to care for himself, he came to live in Lancaster at Evergreen Retirement Community and ManorCare in 2010 to be close to his beloved physician brother, Nikita, who served as his primary care taker.

He never married and had no children. He is preceded in death by his sister, Julia and brother Chris, and is survived by his brother, Nikita and sister-in-law, Diana, along with four nephews and one niece and their families.

Due to the concerns of the COVID-19 virus, a private family funeral and burial service will be held. Interment will be in Charles Evans Cemetery, Reading, PA. Memorial contributions may be made in Alex's memory to Annunciation Greek Orthodox Church, 64 Hershey Ave., Lancaster, PA 17603.