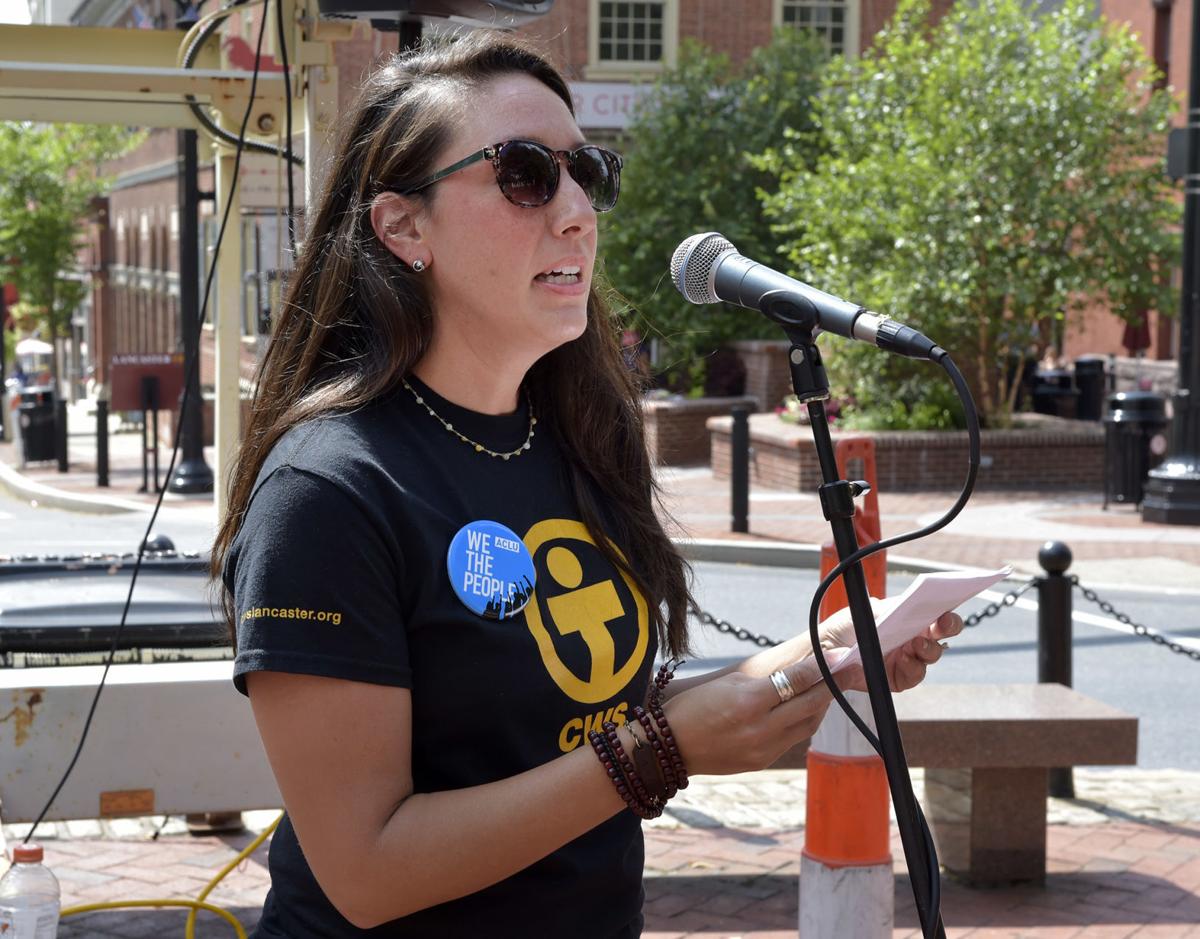 Stephanie Gromek of Church World Service speaks at the March for Humanity August 12, 2018. 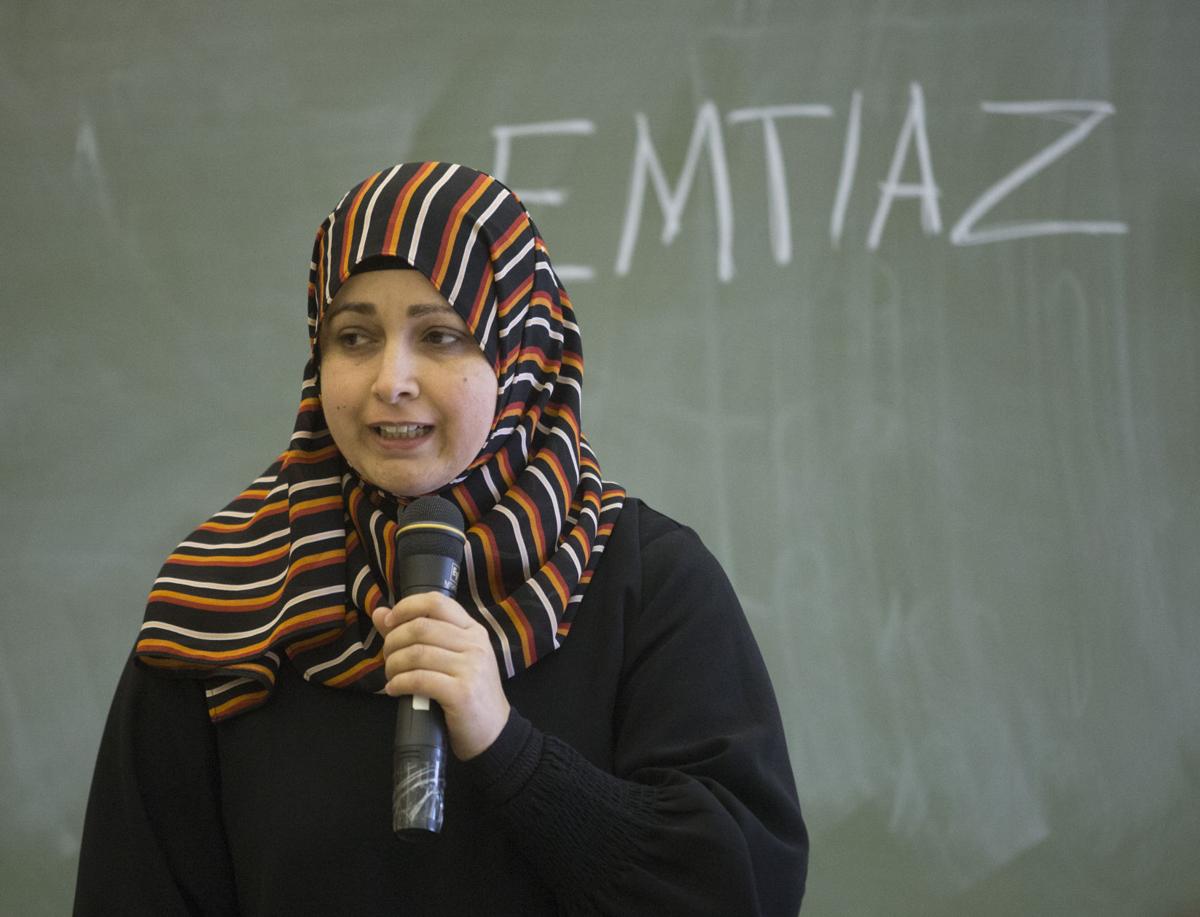 Emtiaz Zourob, a refugee from Gaza, shares her story of being separated from her family during a forum Saturday at Lancaster Theological Seminary.

The Trump administration earlier this month floated the idea it may accept zero refugees next year during a meeting with other federal agencies, CNN reported.

Even if zeroing refugees is only a proposal, the suggestion that it’s being discussed by federal officials is “more of a reality than it ever was,” said Stephanie Gromek, development and communications coordinator for Church World Service in Lancaster.

Internationally, there are nearly 26 million refugees displaced from their homes in 2018, according to the United Nations Refugee Agency.

On anniversary of Trump's ban, refugees in Lancaster lose hope of reuniting families

“When we’re constantly in this negotiating state of ‘Should we do it? Should we not?’ — these are people’s lives that we are talking about,” Gromek said. “These are human beings that have been caught in these terrible situations.

“They’re not the political tools that they've become,” Gromek added.

U.S. Rep. Lloyd Smucker, who represents Lancaster and parts of York in Congress, said in an interview last week he would not support zeroing out the refugee cap.

It’s where she found safety from persecution. If she hadn’t been resettled as a refugee in Lancaster city five years ago, she believes she would have been imprisoned in her native city of Gaza. Or worse — killed.

“I just want to live in peace for me and for my kids,” said Zourob, who has two children, ages 11 and 7. “Everyone deserves to have a good life and be safe.”

Even current refugee policies aren’t enough, added Zourob, who said she was separated from her children for more than 4½ years.

Church World Service agrees and believes the U.S. could handle a national capacity of 95,000 refugees per year.

“It’s a mere drop in the bucket of what we can do as a nation,” Gromek said, adding that local communities want to continue to resettle people in need.

To show support for refugee resettlement, Church World Service will host a “We Stand for Welcome” event on Saturday from 12:30 to 1:30 p.m. in Penn Square. The community gathering will include speeches from Lancaster city Mayor Danene Sorace, Gromek, Zourob, other refugees and faith leaders.

The event will include activities such as postcard writing and other ways to volunteer with Church World Service, Gromek said.

“At the end, all of us are just human beings and we are here as visitors on this earth,” Zourob said. “I want all of us to be kind to each other.”

State police respond to standoff at residence near Quarryville

Share your favorite spots for a winter hike [survey]

Lancaster County must remain a welcoming place for refugees [column]

Late last month, reports broke that Trump administration officials have begun conversations around what is formally known as the “FY2020 Presi…

Community gathers to support refugee population, amid a Trump proposal that would 'zero' new refugees allowed in the U.S.

To rally against the Trump administration’s proposal to set the maximum number of refugees to zero for fiscal year 2020, about 150 people gath…

As the country reels from the latest mass shootings, Lancaster’s federal lawmakers issued statements about how they want to handle the gun vio…

U.S. Sen. Pat Toomey on Tuesday issued a renewed call for the Senate to pass two pieces of bipartisan gun control legislation that he has sponsored.