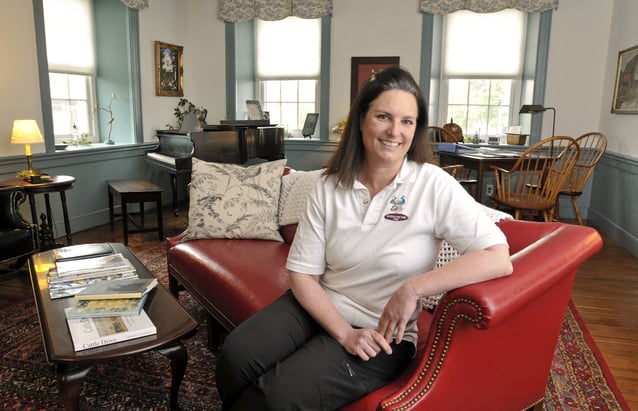 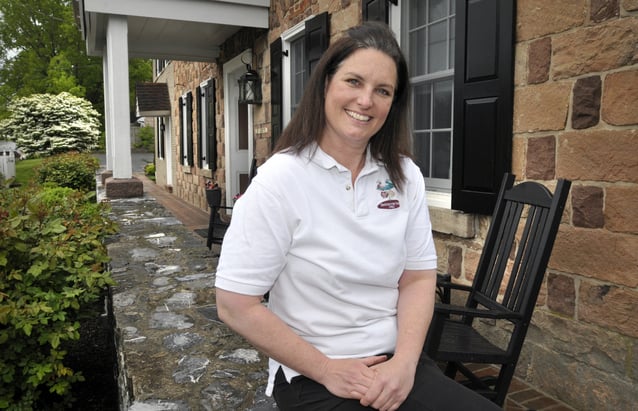 Built in 1763, the Historic Smithton Inn has been a part of Ephrata longer than America has been an independent nation.

Now the innkeepers, David and Rebecca Gallagher, are observing the inn's 250th anniversary with a series of events that will aid local organizations.

"We're celebrating our history by giving back to the history of the community," Rebecca Gallagher said.

The Gallaghers planned six events at the inn, 900 W. Main St., from February until December, with all proceeds benefiting community causes.

A June 21 gala - what Mrs. Gallagher calls the "centerpiece" of the celebration - will benefit the Ephrata Cloister and the Historical Society of the Cocalico Valley, while an Aug. 25 ice cream social will raise funds for the Ephrata Area Education Foundation.

A "hootenanny" on Nov. 3 will aid the Ephrata Recreation Center and, on Dec. 1, a Christmas clock lighting, caroling and ornament-making event will benefit the Ephrata Cloister Choir.

Information on the events is posted on the inn's website, www.historicsmithtoninn.com.

The Gallaghers - she is from Binghamton, N.Y., and he is from Hamilton, N.J. - were living in Texas in 2009 when they discovered the inn for sale online.

They purchased it even though it was badly in need of repair and about to go into foreclosure.

"We got disastrous inspection reports that scared the banks to death," she said. "But I looked at it personally and thought, 'We can do this.'"

It took a lot of hard work - a new roof, new windows to replace leaded-glass panes that "leaked like crazy" and steps to correct serious stormwater drainage problems, she said. But room by room, the inn was spruced up.

It marked the second time the old inn was given new life. Mrs. Gallagher credits the previous owners, Allan and Dorothy Smith, for saving it when they bought the aging structure in 1979.

"Allan was the right person," Mrs. Gallagher said of Smith, who died in 2004. "He had been an architect, so he could come in and have that vision. He brought it from a private home back to a bed-and-breakfast inn. He tore out staircases, put in staircases, closed off doorways, created rooms. He rewired and replumbed the entire house, so every room has its own bathroom."

The highlight of the house, she said, is a wooden hutch made by Smith that still sits in the dining room. Smith studied the 18th-century woodworking techniques of the Ephrata Cloister Brotherhood and made the hutch out of reclaimed wood, complete with handmade wooden hinges.

The inn was built by Henry Miller, whose father, Heinrich, was a married member of the Ephrata Cloister, called householders. The elder Miller obtained the land from Cloister founder Conrad Beissel to settle a debt. The son took over the land when his father died.

Henry Miller died in early 1778 of camp fever while nursing sick American soldiers during the Revolutionary War. It remained in the Miller family for many years and, in 1856, became a private home while owned by Israel and Maria (Miller) Erb. The Smiths bought it from Erb's granddaughter.

Mrs. Gallagher said people ask her if the inn has ghosts. She doesn't know.

"This house ought to have ghosts," she said. "People died here. The owners probably died here. They were certainly laid out here. But it's such a happy place, so if there are ghosts, I think they're just pleased and not mischievous, so I don't notice them."

Mrs. Gallagher said she and her husband are "just the latest caretakers" of the inn.

"This building will hopefully be around for another 250 years, if we have say in it," she said. "We're really excited to be part of the history of this inn, and I want people in the future to look back on the period when the Gallaghers had it and say that we set the stage for a strong future."