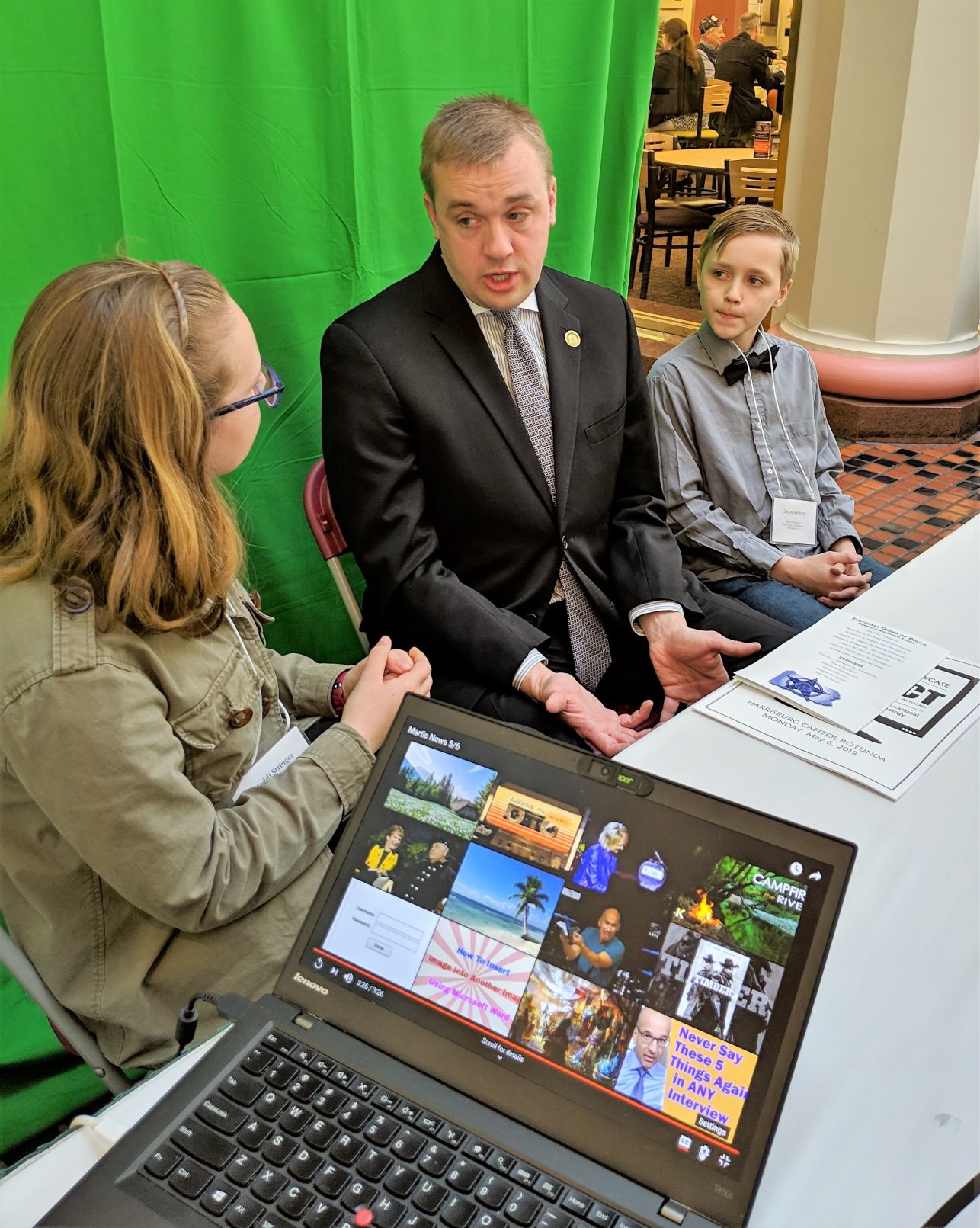 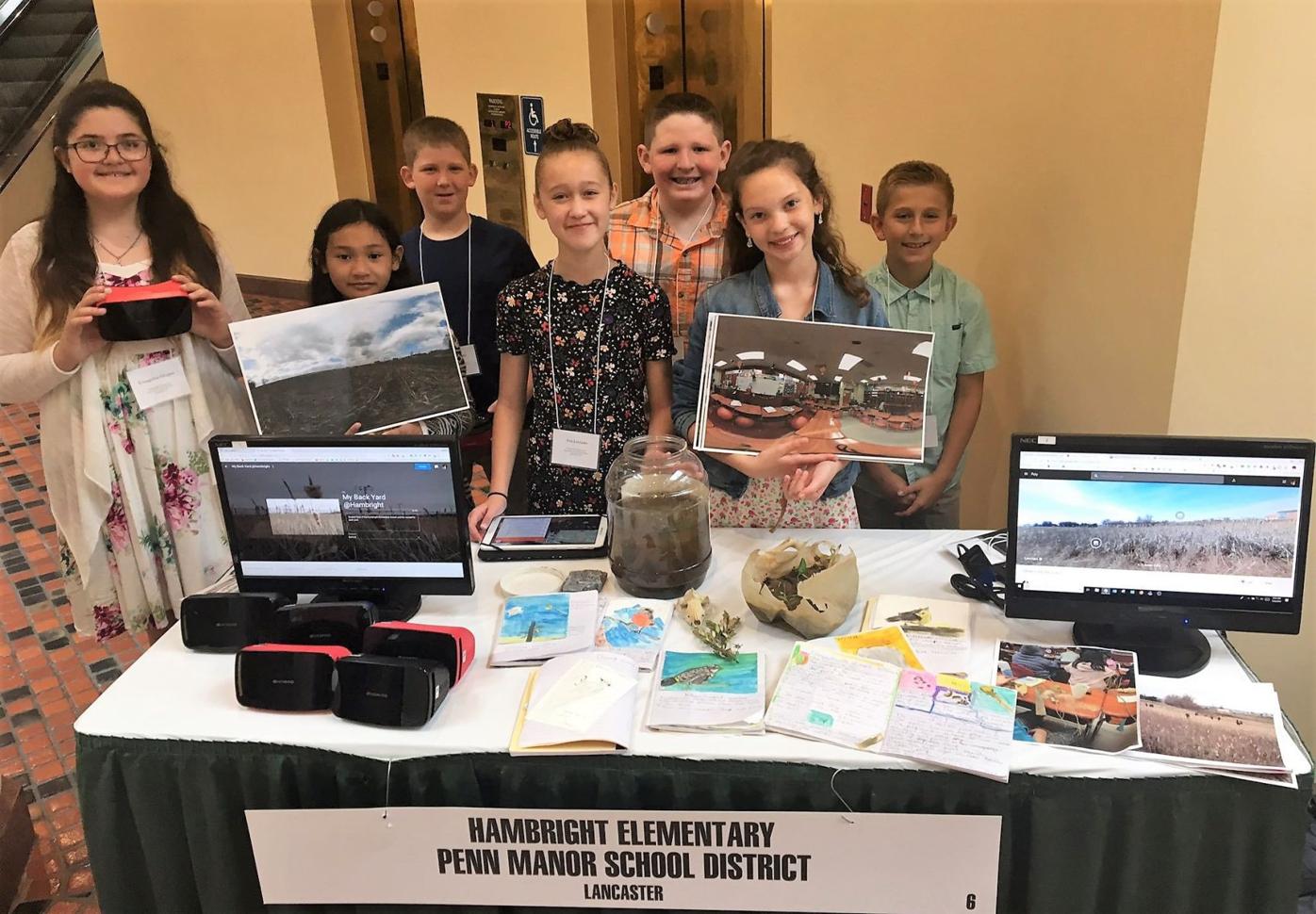 Students, teachers and staff from three Penn Manor schools participated in the Student Technology Showcase held May 6 in the state Capitol in Harrisburg.

Projects completed by students at Hambright and Martic elementary schools and Manor Middle School were selected for the event, sponsored by the Pennsylvania Association for Educational Communications and Technology.

Martic sixth graders displayed their project to create a television station to broadcast school announcements using Open Broadcaster Software at a cost of less than $100, according to a district news release. The broadcasts include lessons on sign language to help students communicate with their peers in the school who have hearing impairments.

Hambright fifth graders showed their "The World in Our Backyard" project, which uses virtual reality technology to tell the story of the wetlands, farmland and wooded areas surrounding their school.

Manor students displayed "Science in Our Backyard," in which eighth graders worked with the Hambright students to conduct soil samples and create 360-degree images of the areas included in "The World in Our Backyard."

All three groups of students participated in live-stream presentations on their projects before being introduced in the Senate chamber and given a tour of the Capitol.