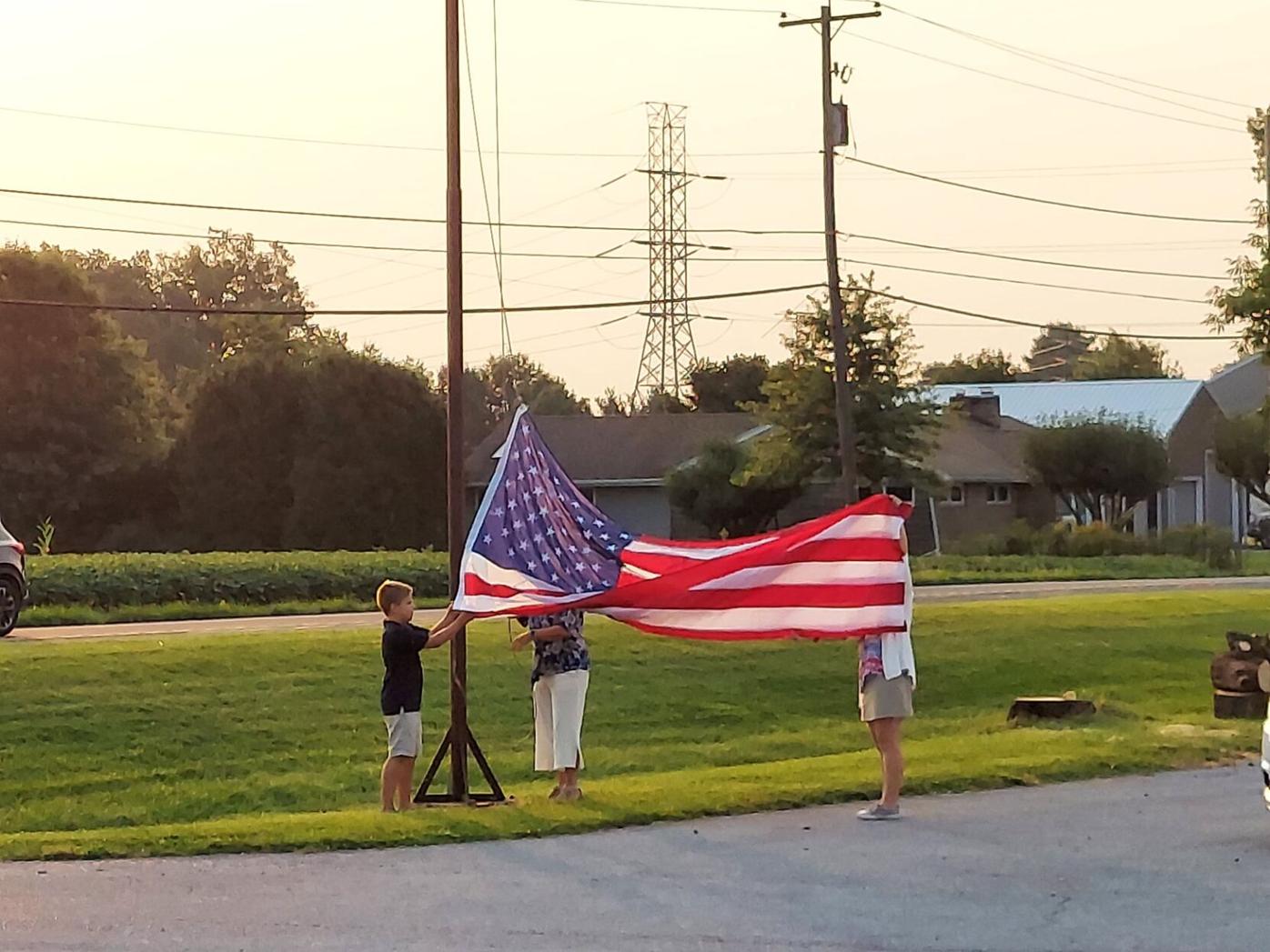 A student and Our Lady of the Cross staff raise the flag before classes start on the school's first day Sept. 13. 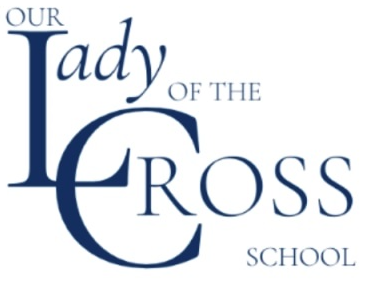 Logo for Our Lady of the Cross School 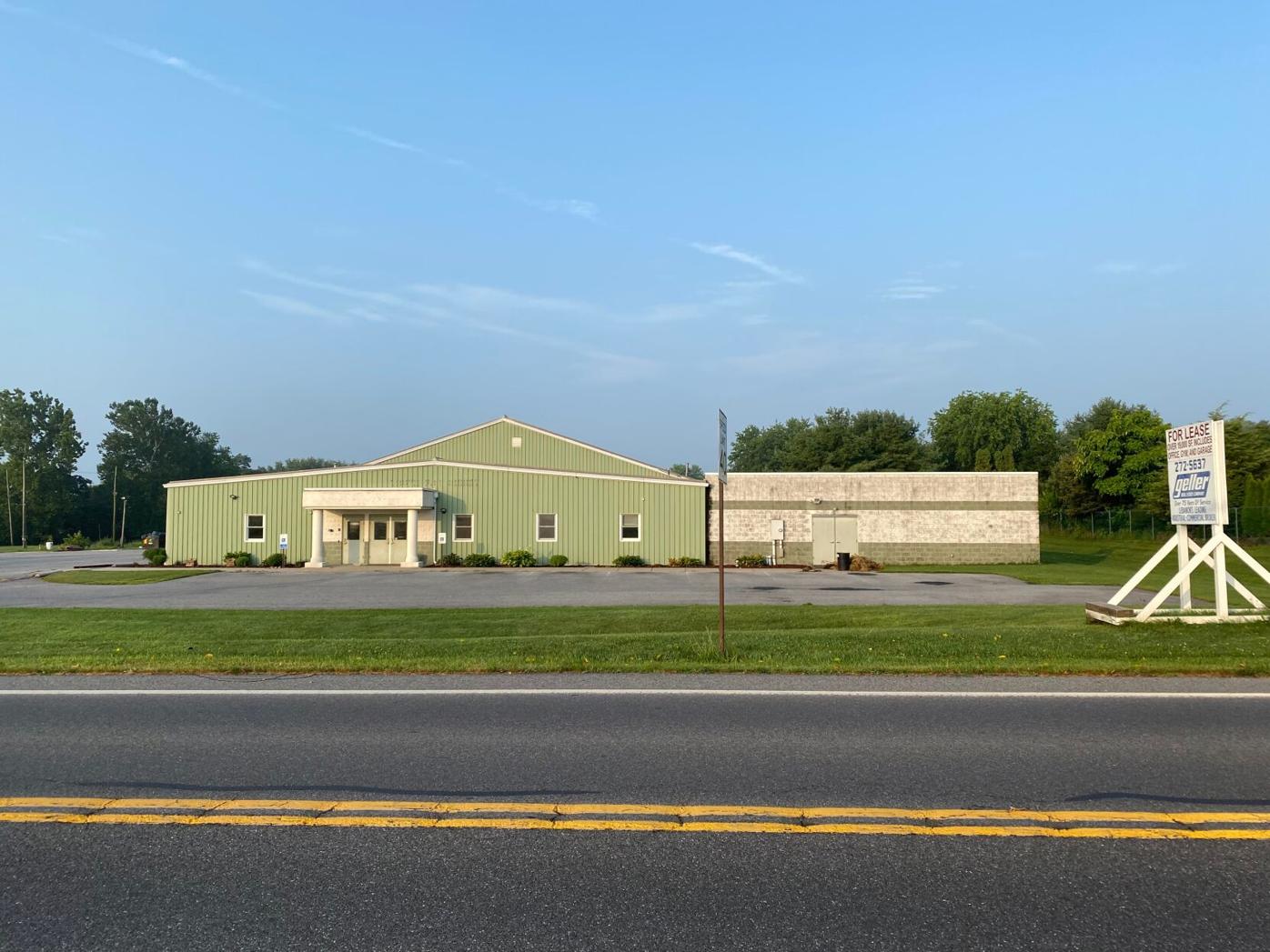 Lebanon Catholic has a new name and a new building at 1691 Grace Avenue.

Some might have been familiar with the expanse of land and building at 1691 Grace Avenue that now houses their morning prayers and daily classes. Others were taking it in for the first time.

The building had completely transformed over the last month to become Our Lady of the Cross School.

Our Lady of the Cross is a registered private school with the state of Pennsylvania, meaning its diplomas will be accepted by colleges and universities. The pre-kindergarten through 12th grade school is also recognized as a 501c3 nonprofit and working under the framework to eventually become accredited.

Though the school will not receive financial support from the diocese or local churches, the Bishop of Harrisburg has granted Lebanon County priests permission to say Mass and administer sacraments at the school, Waters said.

A majority of the 35 students in this year’s class had previously attended the school under its former name, Lebanon Catholic, but a few are starting fresh with Our Lady of the Cross. In previous years, Lebanon Catholic had a student population of 300.

“It allows us to start small and grow,” school head Deb Waters said, adding that families can continue to register their children throughout the year.

Local attorney Elizabeth Judd presides over the board which consists of eight voting and six non-voting members. The foundation owns the building, which was purchased with the help of three anonymous donors for $925,000.

The final settlement on the building took place Aug. 31, just two weeks before the start of the academic year. Volunteers painted the walls and moved in furniture to have the building ready for the first day.

“It happened very quickly but we had an amazing team of volunteers that put in hundreds and hundreds of hours over very long days,” Waters said. “Not having an option for parents who wanted education that reflects their family values, wasn't an option for us.”

And there’s still plenty left to do, Waters said.

A few long-term projects will continue throughout the school year but a couple renovations to open up the space will have to wait until next summer.

“We want to make sure that we're doing is looking to the future, rather than looking backwards at what could have been,” Waters said. “We want to take all of the good things that were our legacy and our tradition and move them forward and create new hope for these kids and for their families.”

Even when it seemed improbable that the school would reopen for the 2021-22 school year, Waters said the students themselves were the motivating factor to stay persistent.

“Knowing that we have family members that were scattered out to the public schools out to other private schools that were no longer together was certainly a factor that we wanted to be able to bring them back together,” she said. “Hearing the stories of what those experiences were for them over the last year really motivated us to make sure that they were in a place where the education reflected the values that they learned at home.”

Our Lady of the Cross will follow Gov. Tom Wolf’s school mask mandate.

Lebanon Catholic returns to the county under a new name

Lebanon – After a yearlong hiatus, Lebanon Catholic School plans to return for the 2021-22 a…

Lebanon restaurants have a new supplier for products and nonperishables.

Lebanon School District is planning construction of a new seventh- and eighth-grade building.

A customer who bought a winning Extravaganza scratch-off ticket from a Lebanon County convenience store is $3 million richer.