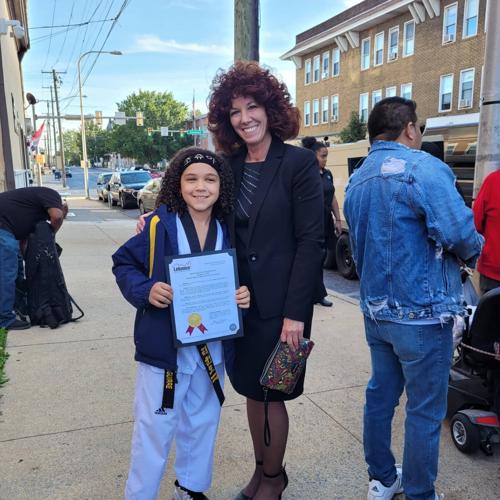 Lebanon City Mayor Sherry Capello announced that Oct. 2 will be Joshua Aguirre day in the city. 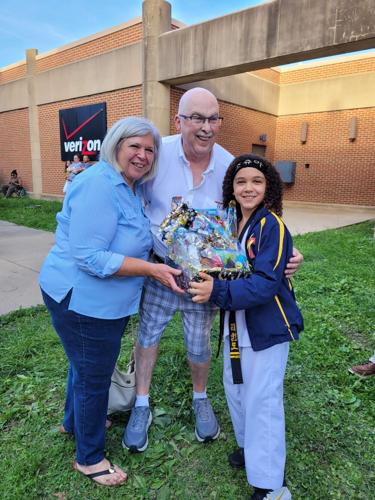 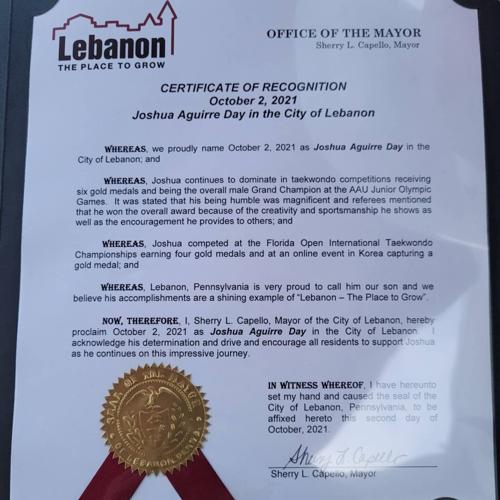 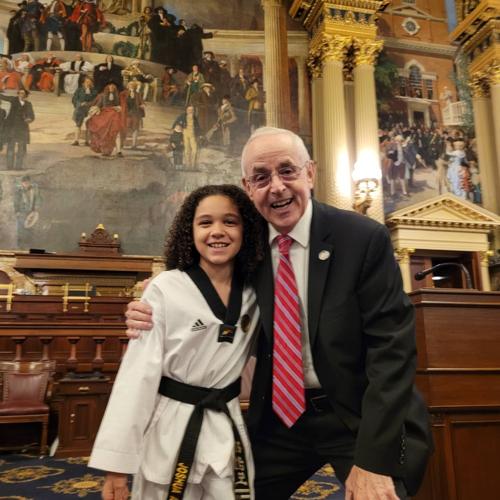 Lebanon City Mayor Sherry Capello announced that Oct. 2 will be Joshua Aguirre day in the city.

With more than 153 medals from competitions all over the world, a 9-year-old taekwondo prodigy from Lebanon County recently had another honor bestowed upon him.

At Lebanon City’s multicultural festival on Saturday, Oct. 2, Mayor Sherry Capello announced that Oct. 2 would be Joshua Aguirre Day in the city.

“Lebanon Pennsylvania is very proud to call him our son and we believe his accomplishments are a shining example of ‘Lebanon -- the place to grow’,” the proclamation reads.

Aguirre, born and raised in Lebanon City, recently won four gold medals at 2021 Florida Open International Online Taekwondo Championships and won the grand champion championship taekwondo title at the AAU 2020 Junior Olympics. He was the youngest to receive a second degree black belt in taekwondo at the age of seven.

The 9-year-old happily showed off a few of his moves from the stage Saturday.

“It was very difficult to do those kicks because I had sneakers,” Aguirre said, adding that usually such moves are performed barefoot, but no one in the audience seemed to notice.

Milena Escolar, Aguirre’s mother, said he had also surprised the audience by speaking a few sentences in Spanish. Escolar is Columbian and Aguirre’s father, Jorge Aguirre, is Cuban.

“They got crazy,” she said of the audience. “They didn’t know he spoke Spanish.”

Even the mayor was swept away by his brief speech and leaned down to kiss him on the cheek as he shared his gratitude for her continued support over the years.

“I was in shock,” he said while his mother laughed in the background.

In addition to a whole day and a peck on the cheek from the mayor, Wayne Carey, Lebanon City councilman and owner of Candy Rama in the Lebanon Farmers Market, presented Aguirre with a basket of candy.

Aguirre was also recognized for his accomplishments on the Senate state floor on Sept. 27. Gov. Tom Wolf even sent a letter of congratulations to Aguirre in the mail.

He hopes to see everyone dressing up in their karate kid (or adult) best for Joshua Aguirre day.

“I feel so honored and excited,” he said. “And so, so grateful for this proclamation, I still cannot believe that I have my own special day with my name.”

Nearly 44% of Lebanon County residents identify as Hispanic, according to Data USA, but Span…

Elizabeth Lynch, adopted from Germany when she was 3 years old, had no idea she had a biolog…

Andy Rumford didn’t want his daughter Kacie to simply become a memory after she died of an overdose in 2013.

Here's when trick-or-treat, other Halloween events are in Lebanon County

Lebanon County’s second roundabout opened Monday, according to the Pennsylvania Department of Transportation.

Here's when trick-or-treat night is happening in York County

Editor's Note: This story has been updated to reflect date changes due to expected rain.

Mannino's A & M Pizza in Palmyra closes its doors permanently

Mannino’s A & M Pizza in Palmyra, Lebanon County announced that the restaurant is permanently closing.

Lebanon's only archery range continues to grow following June opening; here's what it's like inside

I’m no Katniss Everdeen, but holding a bow and arrow while staring down the target in Lebanon County’s new indoor archery range sure made me f…

Joshua Aguirre’s relationship with Lebanon Family Karate has come full circle. Just five years since his first class at the studio, he is able…