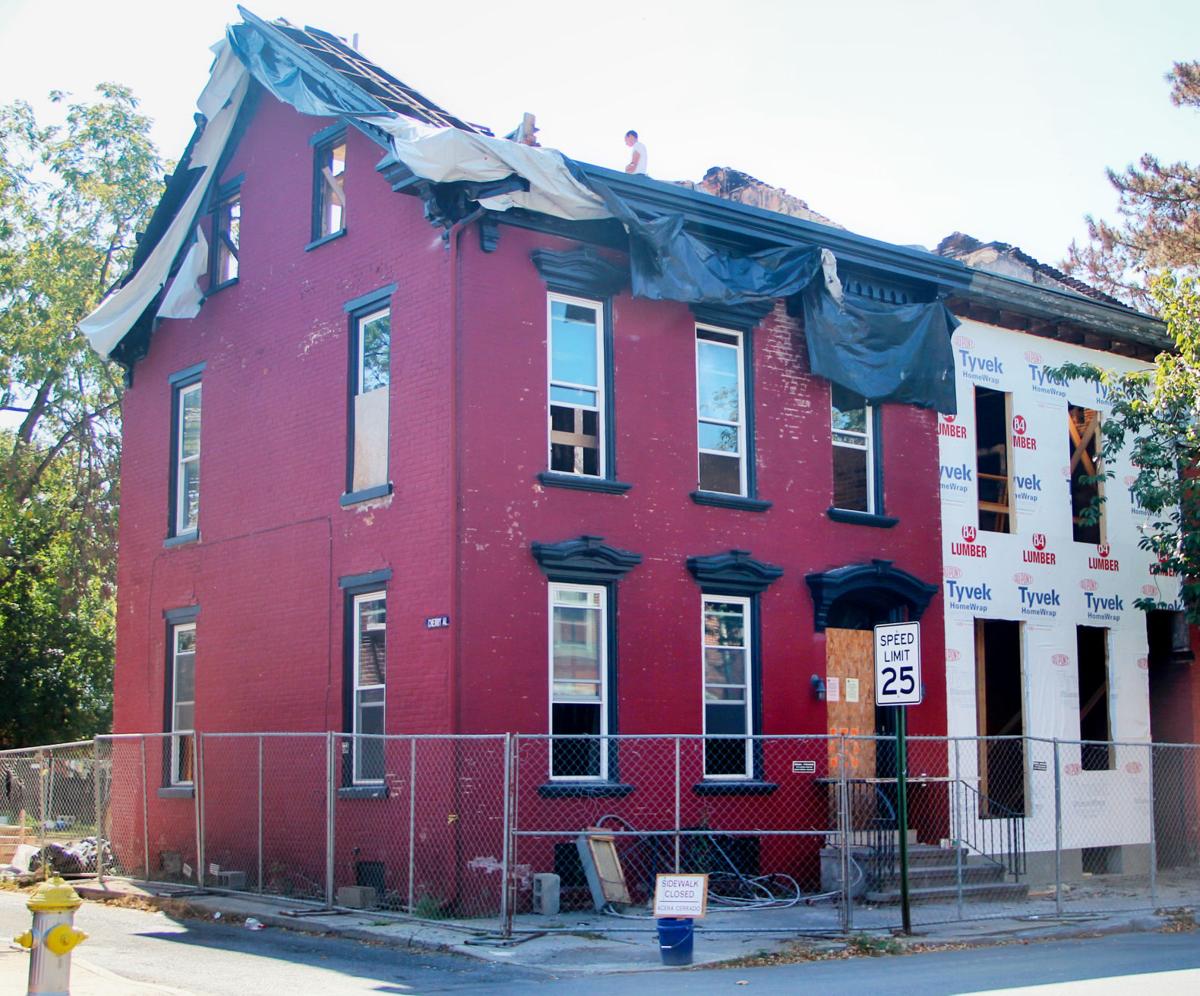 One of the initial phases of Lancaster Lebanon Habitat for Humanity's restoration project is a new roof for three row homes on the 400 block of Cumberland Street in Lebanon. 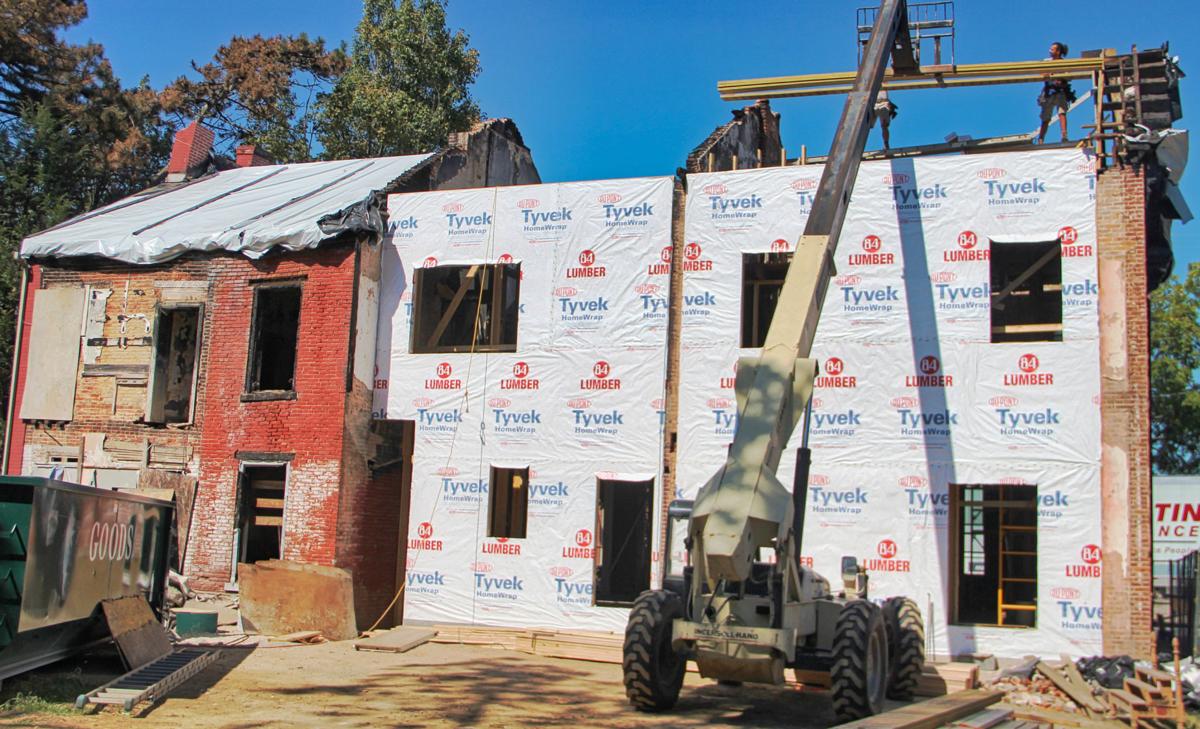 One of the initial phases of Lancaster Lebanon Habitat for Humanity's restoration project is a new roof for three row homes on the 400 block of Cumberland Street in Lebanon.

Lancaster Lebanon Habitat for Humanity is restoring three consecutive row houses in Lebanon’s business district that were devastated by fire three years ago.

When completed, the project will enhance the appearance of the city’s downtown. But more importantly, it will provide a home for three financially challenged families.

“We have families in mind, and we’re looking to sell (the homes) next summer,” said Andrew Szalay, executive director of Lancaster Lebanon Habitat for Humanity.

Reconstruction work began in August on three severely burned houses in a high-profile area at 422, 424 and 428 Cumberland St. Making the buildings habitable will cost about $750,000, part of which will be offset by a grant from the Lebanon County Redevelopment Authority.

The structures were ravaged by two separate fires. The first one, which occurred in 2016, was one of the worst fires in Lebanon in recent memory, while the second one happened in 2017.

“Right now, we’re finishing up the interior demolition, and we’re about to start working on the roofs,” Szalay said. “It’ll be a new building inside the shell of bricks. It’s a lot of hard work.”

Partly because of the intricacies in reconstructing the 19th-century Italianate architecture of the three row homes, the project will require crews of three to eight volunteers investing about 500 hours, Szalay said.

“They’re gorgeous. They’re old. They have that central Pennsylvania charm,” Szalay said of the row homes.

Supervised by Habitat for Humanity staff, volunteers will handle most of the inside work, including installation of floors, the hanging of drywall and painting.

Szalay said he hopes this project will activate the Habitat movement in Lebanon, noting only 40% of city homes are occupied by their owners.

“The importance of improving communities and neighborhoods is obvious, and when you do it through housing, it will add to the work force,” Szalay said. “Investing in housing is the future of our communities.”