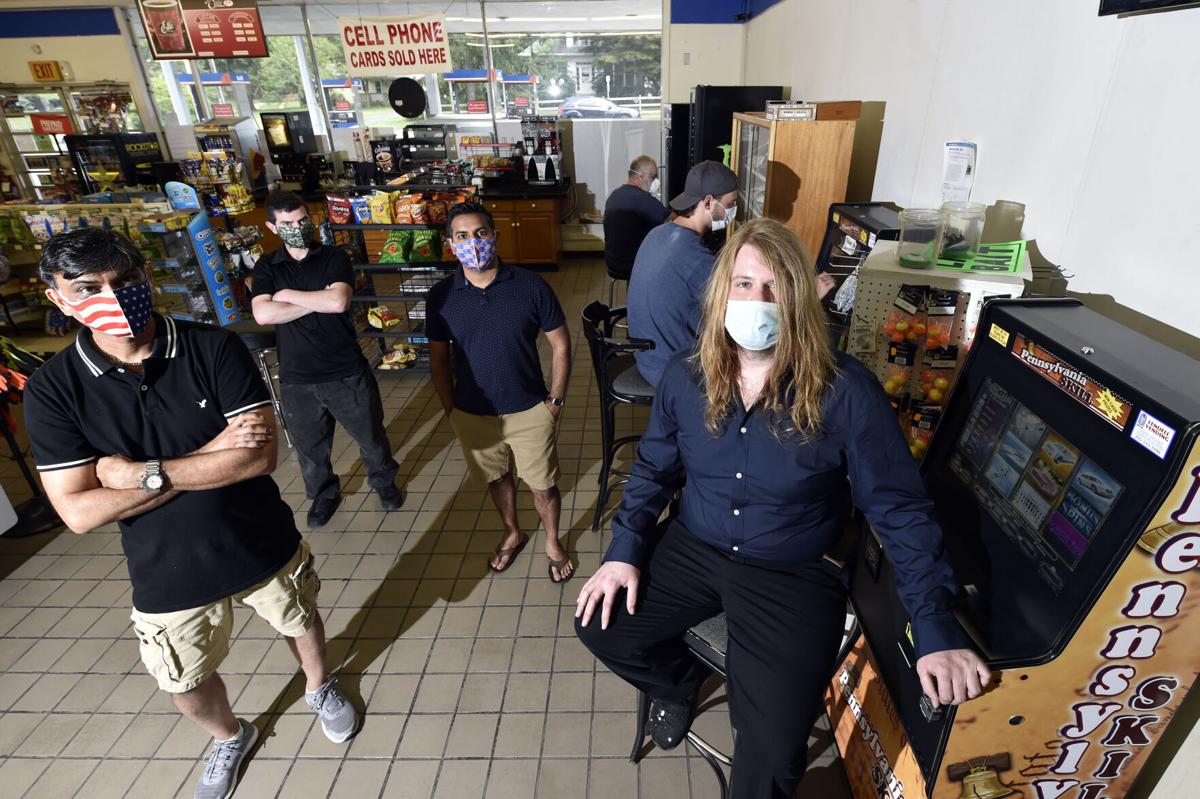 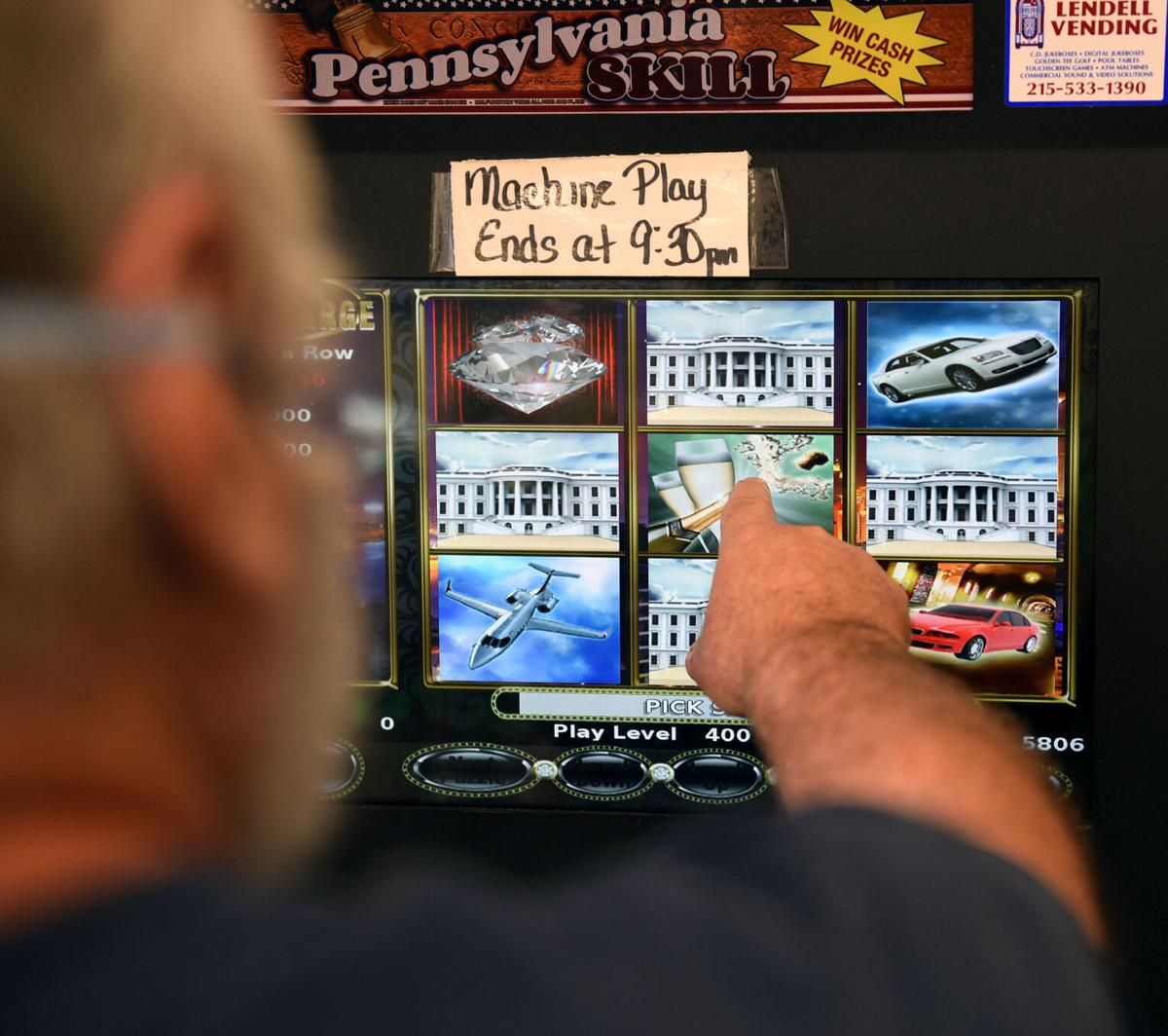 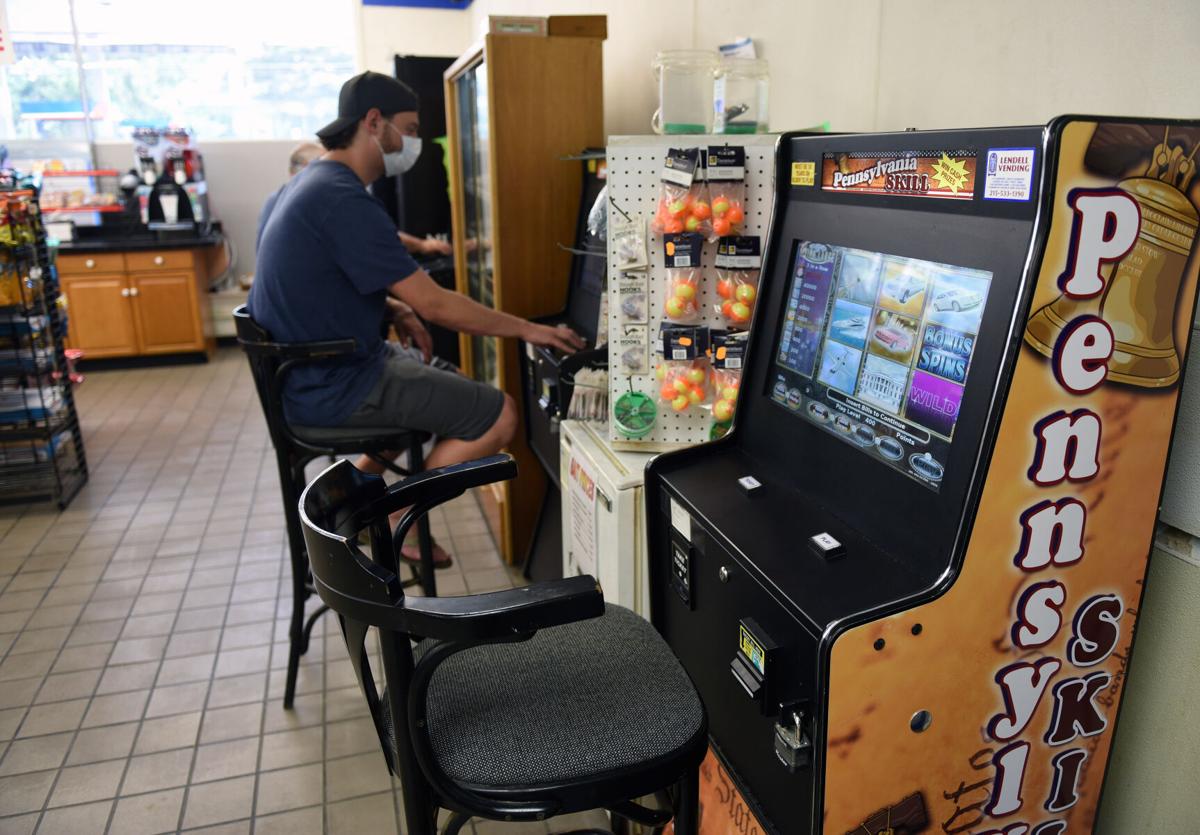 Game of Skills at the Honey Brook Express Wednesday July 22, 2020.

Billy Patel watched as top officials from the Pennsylvania State Police, Pennsylvania Lottery and executives from gaming operator Pace-O-Matic testified about the legality of games of skill machines.

Patel, a gas station owner in Narvon, was shocked to see no representation on these panels from small business owners.

Where is the little guy? he asked himself as he watched from a House of Representatives hearing room in Harrisburg, then went and asked some top officials after the June 2019 hearing.

“That little guy needs to say something, and [officials] need to hear,” Patel said. “That’s all it is. We need a seat at their table.”

“Games of skill” are unregulated slot machine lookalikes that can be found in many bars, convenience stores and barbershops. They are distinct from similar machines called video gaming terminals (known as VGTs), which are games of chance that were legalized in the state in 2019.

State legislators and agencies have been wrangling in the legislature and courts with how to treat an estimated 15,000 games of skill machines in the state under the brand name “Pennsylvania Skill,” and an unknown number of copycats. The machines have avoided regulation and taxation because their operators have argued it takes more than just luck to win. The operator and manufacturer have asked the Legislature to regulate the machines, but at a rate significantly less than highly regulated and taxed slot machines.

But as casino groups, the State Police and lottery and other opponents line up to regulate the machines, a group of approximately 30 convenience store owners has banded together to create an informal coalition, telling lawmakers the machines help them survive the state’s high gas and tobacco taxes.

Patel, 32, organized the group of small business owners shortly after the state House hearing last June. He drove along Route 322, across multiple counties including Lancaster and Chester, stopping in every gas station or convenience store to see if they had the machines. He contacted store owners from Bucks, Lehigh, Centre, Altoona, Berks, and more. In a true grassroots fashion, he started a group chat on digital messaging application WhatsApp to discuss how they will advocate for themselves.

At Patel’s store in Narvon, on the eastern edge of Lancaster County, he pays an average of $417,000 annually in revenue to the state in gas taxes alone, because has Pennsylvania one of the highest gas taxes in the country. Overall, for merchandise, e-cigarettes, tobacco and lottery, he collects more than $800,000 in revenue to the state government, he said. Because of these regionally-high taxes, he and other business owners make low margins, several owners said.

'Games of skill' debate goes national, as casino industry and manufacturers step in

For example, there’s a 58-cent-per-gallon tax on gas, and the state makes $2.60 off each pack of cigarettes. While the cost is pushed onto the consumer, the store owners must keep prices low to compete, making it impossible for them to make much off their products, several owners said.

“We are cash cows for the state,” Patel added. “We’re here hurting now. Let us have this, is it too much to ask?”

LNP | LancasterOnline spoke with a dozen convenience store owners who all shared the same concern: If they are unable to keep the extra revenue generated by the games of skill, Pennsylvania’s high taxes will lead them to need to close or relocate to another state.

“It’s been difficult to survive,” said Neil Patel, a smoke shop owner in Berks County. “If they allow skill games, we at least get some money to survive, to make sense for our investment. Otherwise it’s difficult, I think we would need to close down.”

While skill games were shut down during the COVID-19 pandemic, they are allowed to operate again now (Pennsylvania State Police still discourage small businesses from operating these machines, because it is their view that they are illegal, but the Commonwealth Court is still deciding the legality of the machines). Business owners said this income has helped them stay afloat, while business continues to be slow during the pandemic. Under normal circumstances, the businesses are able to make a few thousand dollars per month off the machines, several store owners said.

The extra revenue has allowed them to give employees raises or hire more staff, several owners said.

The games of skill debate has attracted political heavyweights from the casino and gambling industries. In June, skill games got tied into a lucrative gambling expansion that would have increased the number of video-gaming terminals and also sought to regulate and tax skill games. Leaders shelved it after sufficient support failed to materialize.

Store owners in areas that border other states including Ohio, Delaware and New Jersey, all said they lose business to their neighboring states because of their lower taxes. For example, New Jersey has a 41-cent-per-gallon tax and Maryland has a 35-cent tax.

Store owners said they don’t care if the state regulates and taxes the machines, as long as they are able to keep a rational share of the revenue.

A spokesperson for Pennsylvanians Against Illegal Gambling said these machines should be banned for several reasons: police believe they’re illegal, minors could play with no oversight, and the state hasn’t been able to test whether it is a true game of skill, among others.

“The bottom line is slot machines belong in casinos, not in pizza parlors, gas stations or convenience stores,” said spokesperson Peter Shelley for the organization which is supported by the casino industry and advocates for skill machines to be banned in Pennsylvania.

During the 2019 House hearing, the Pennsylvania Lottery estimated it lost $138 million in revenue -- which goes to helping Pennsylvania seniors -- because of the rise of games of skill.

Dharmesh Bhalala, who owns a convenience store in Honey Brook, said his customers will often take their winnings and use them to purchase scratch-offs from the lottery. Plus, the Lottery had a record year in the 2018-19 fiscal year, selling more than $4.5 billion.

Martin, one of Lancaster’s state senators, was influential in giving localities the option to opt-out from video gaming terminals. In a statement he said the same option should be considered for the games of skill debate.

Martin and Sen. Ryan Aument (R., Landisville) co-sponsored a measure introduced last year to ban skill machines. Martin said  he doesn’t  believe a ban could pass the Senate, and that touching the gaming law would be “premature” while a state appeals court decides whether the machines fit under already-existing gaming law.

Muth, the Chester County senator, said the Senate should hold an informational hearing to hear from small business owners like Billy Patel before taking any action. She said she believes skill game operators “should pay their fair share,” but is uncomfortable restricting revenue for small business owners already strapped for cash during the coronavirus pandemic.

“How do you say that right now to a small business?” Muth said. “[Small business owners] are not like a Sheetz entity.”

Bryan Cutler, Lancaster County’s newly installed Speaker of the state House, won’t decide whether he'll take any action on the portraits and p…

Obama endorses Janet Diaz, other Pa. Democrats in first round of 2020 endorsements