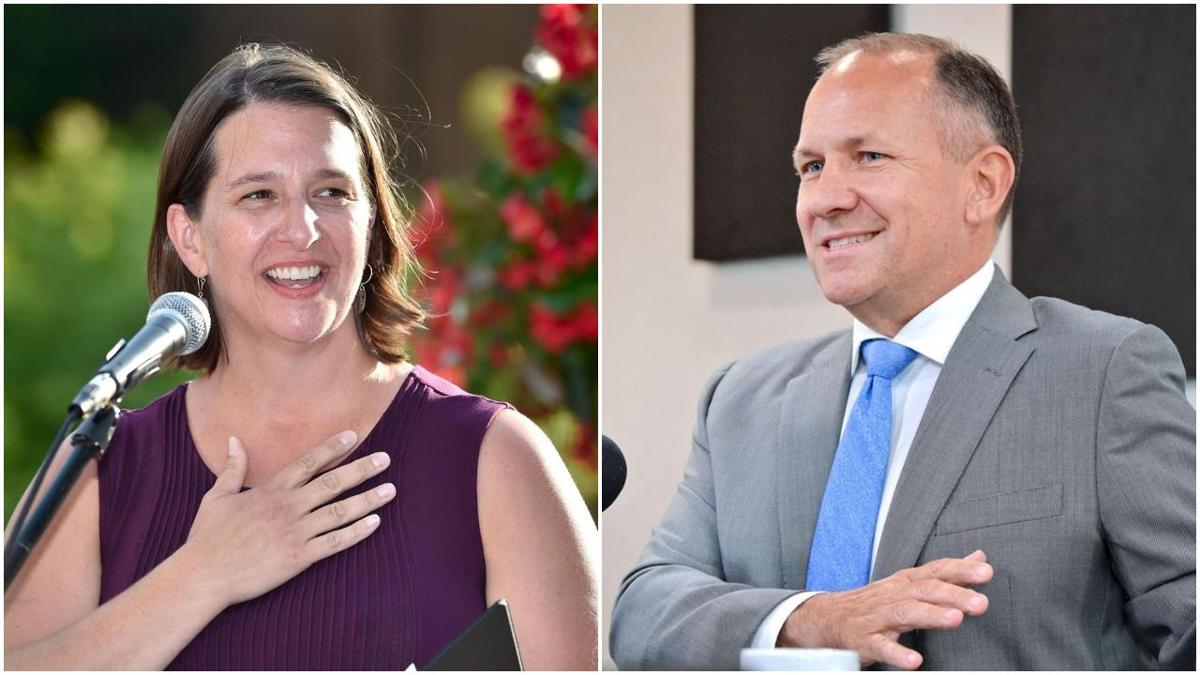 Republican U.S. Rep. Lloyd Smucker defeated Democrat Jess King on Nov. 6, 2018 to win his second term in what is now the 11th Congressional District, which covers all of Lancaster County and southern York County. 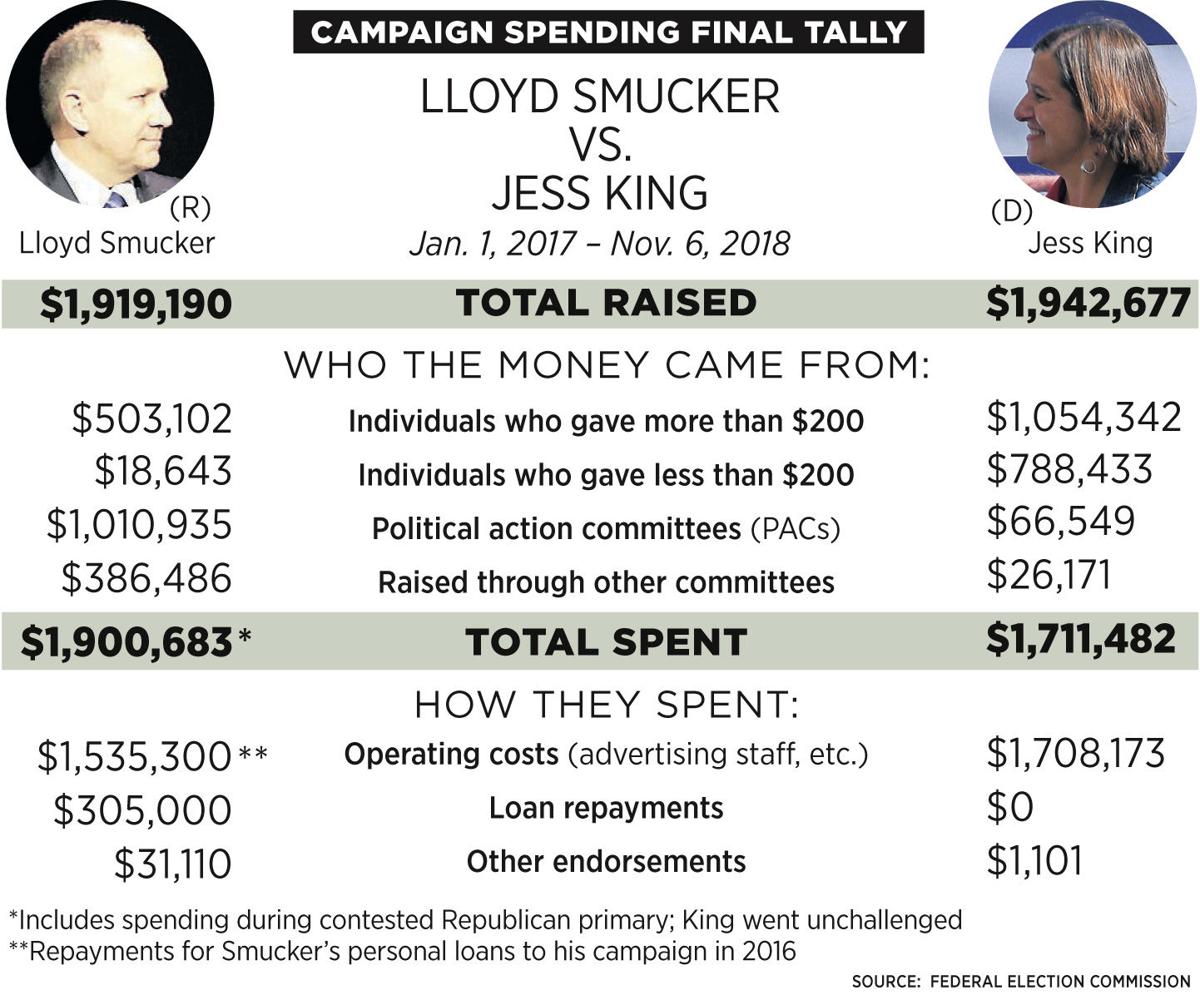 With a roughly $3.6 million price tag, this year’s race between U.S. Rep. Lloyd Smucker and Democrat Jess King featured more individual and combined spending than ever before among candidates competing for Lancaster County’s seat in Congress.

Smucker emerged from the heated and hard-fought battle last month with a comfortable 18-point win to secure his second term in Washington, D.C.

And he did so — for the second consecutive election cycle — without fundraising more than his opponent, according to new campaign finance reports.

She pulled in $1,942,677 — about $23,500 more than Smucker. In using those funds, she ultimately spent $1.7 million to Smucker’s $1.9 million, though Smucker’s expenses included a significant investment in his Republican primary last spring as well as $305,000 in personal loan repayments that dated back to his 2016 race.

That $3.6 million in combined spending dwarfed the $2.8 million spent by Smucker and Democrat Christina Hartman in the same race two years ago, which was at the time a local record. That 2016 race also featured an unprecedented $1.4 million in outside spending, but that kind of “dark money” was virtually nonexistent in this year’s general election.

The new campaign finance reports, which paint the clearest picture to date of the money that fueled the 11th Congressional District race, show Smucker and King raised a nearly identical amount of cash in 2017-18.

But they did it in very different ways.

Smucker’s campaign account was buoyed by a little more than $1 million in funds directly from political action committees, or PACs. He also collected $521,745 from individuals and $386,486 that was transferred from his other fundraising committees. Those transfers were a mix of individual and PAC donations.

King, meanwhile, raised almost all her money directly from individuals.

Vowing not to collect money from corporations’ political action committees, she raised $788,433 from small-dollar donors and about $1 million from individuals who gave at least $200. Smucker’s individual donors almost all gave at least $200, the amount that requires their identities to be included in the public Federal Election Commission reports.

Final days of the campaigns

King, who faced an uphill battle in a historically conservative district that became even more Republican-heavy after this year’s redistricting, had consistently outpaced Smucker in fundraising during her 16-month campaign.

The new reports indicate she continued to out-raise Smucker in the final three weeks before Election Day. She also spent more — about $582,000 to Smucker’s $316,000 in those weeks.

After the election, analysts said that Republicans’ 100,000-registered-voter advantage in the district, combined with high voter turnout, contributed to Smucker’s decisive victory.

Final 2018 campaign finance reports: Smucker has less cash left than other 17 members of Congress from Pennsylvania

After a race that featured more campaign fundraising and spending than any other in Lancaster County history, U.S. Rep. Lloyd Smucker’s campai…