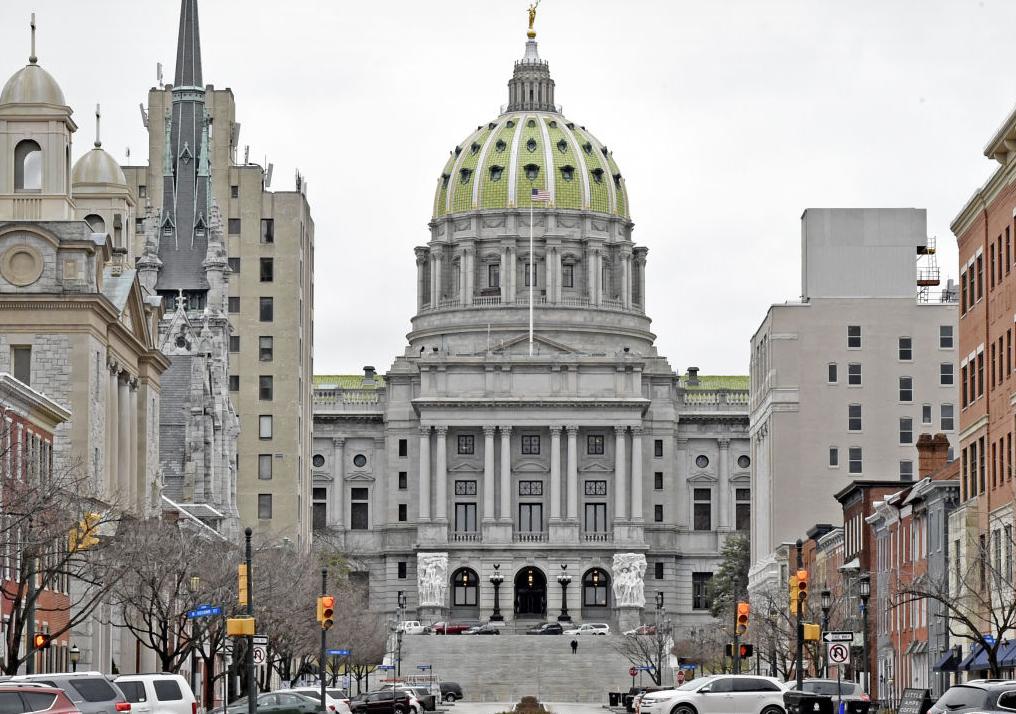 A view of the Pennsylvania Capitol building from State Street.

Pennsylvania’s legislators have tapped their campaign accounts for everything from the mundane to the extravagant to the outright bizarre.

A year-long investigation by The Caucus and Spotlight PA uncovered nearly $3.5 million worth of campaign expenses that cannot be fully traced to the ultimate recipients based on publicly available campaign finance reports.

Under Pennsylvania election law, campaign accounts must be used for “influencing the outcome of an election.” But what qualifies is largely open to interpretation, and too often, campaign finance reports don’t contain enough information for the public to make a determination.

As part of the investigation, The Caucus and Spotlight PA found more than 4,800 instances of obscured spending by nearly 300 campaigns. The news organizations then requested additional information from the campaigns with the most dark spending.

Here are 10 of the more notable expenses:

$10, authorized by the campaign of Senate President Pro Tempore Joe Scarnati, R, Jefferson, among gifts for a Senate “Bring Your Child to Work Day” last year.

Purchased for $109 in April 2016 by former Sen. Chuck McIlhinney, R, Bucks. He said he sought ancestry verification following a Senate debate “in which I made statements concerning my forefathers.” He didn’t elaborate. One month before he purchased the DNA kit, McIlhinney co-sponsored a Senate resolution designating March 2016 as “Irish American Heritage month.” In separate written responses to The Caucus and Spotlight PA on another issue, McIlhinney referred to ”my Irish heritage.”

$30, purchased by former Rep. Dom Costa, D., Allegheny, to adorn a plastic skeleton in a cardboard coffin displayed at Costa’s Halloween fund-raising party, according to his wife, Darlene, who is the campaign treasurer. “She (the skeleton) was Queen for a Day,” Darlene Costa said, referring to a TV show in the 1950s and '60s. The Costas went all-out at their Halloween gigs, she said, and they were a significant fund-raising tool for the campaign.

For $223 purchased by Rep. Chris Sainato, D., New Castle, in November 2018 for walking “door to door” in the next election. “You go through them in a year,” Sainato said, claiming the shoes were a legitimate campaign expense.

For $146 that McIlhinney charged his campaign. He said he bought the shirt in the fall of 2017 to wear at that year’s Pennsylvania Society annual wine-and-dine gala in New York City in December.

A trip through Europe

Including London, Brussels, Austria and Munich — that cost three Senate campaigns a combined total of at least $15,300. The sojourning senators, Scarnati, McIlhinney and former Sen. Rich Alloway, R., Franklin, ended their trip in Munich during Oktoberfest 2016.

Gifts for winners of an ugly sweater contest

Gift card prizes were purchased for $75 by Scarnati’s campaign in December 2015. Lawrence Tabas, a lawyer for Scarnati’s campaign, said the event used campaign money for the prizes to thank Scarnati staff members who work with the campaign while off the clock.

A photo of the Senate chamber with a gold-plated frame

Worth $3,797 spent by Alloway’s campaign. The event was for 80 people at The Orchards, a restaurant in Chambersburg in his district. The menu included crab balls, meatballs, filet, veggie, fruit cheese display, tiropita, spanakopita, scallops with bacon, buffalo shrimp and a $50 birthday cake.

for $3,125 over back-to-back Stanley Cup years. The hats were purchased by Senate Minority Leader Jay Costa, D., Allegheny, in 2016 and 2017. Costa’s campaign said the Penguins had just won the Stanley Cup and gifting the team hats to senators and staff was a “measure of appreciation and good will.”

For past stories in this series:

Pa.'s top Senate aide is paid by taxpayers. So why is she spending big on campaign credit card?

Living in the time of COVID-19 [opinion]

Here's what Pa. lawmakers can do to close the loopholes in campaign finance law they've been exploiting

How Pennsylvania’s three row officers — attorney general, auditor general and treasurer — get around, and who pays

Editor's note: This article originally appeared in the September 18, 2018 edition of The Caucus.