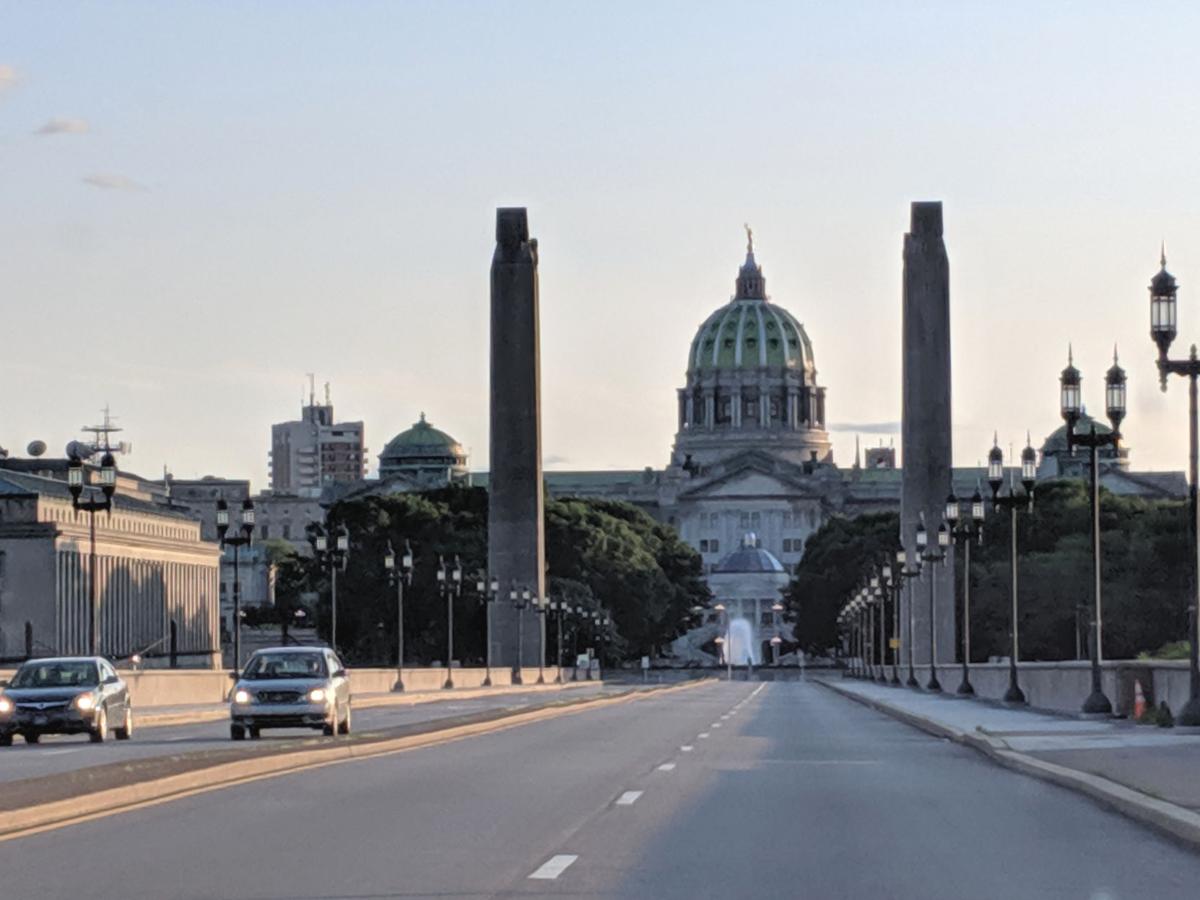 HARRISBURG — Late Monday evening, at the tail end of one of the busiest days of the year in the state Capitol, Gov. Wolf sent over a list of five names to be read aloud on the Senate floor. They were his picks to fill vacancies on several courts across the state, including a coveted spot on one of the appellate courts that hears cases against the government.

On its face, it appeared an unremarkable and unceremonious moment, one the public would barely, if ever, notice.

In fact, the nominations culminated weeks of political negotiations and horse-trading between legislative leaders and the governor that occurred behind closed doors, with scarce, if any, public input. By the time Wolf sent the names, the deal had been cut, the handshakes made, and a vote on them, expected in the next few weeks, will likely be ceremonial.

Though not a new process, the lack of transparency or public checks in filling judicial vacancies is getting renewed scrutiny this year because of Wolf’s choice for the appellate seat: Drew Crompton, the top lawyer, adviser and strategist to the top Republican in the state Senate, with whom Wolf, a Democrat, must strike deals to advance his legislative platform.

The nomination comes during a week when the legislature is pushing through several high-profile bills, including one championed by Wolf to raise the minimum wage. If confirmed, Crompton would fill a vacancy on Pennsylvania’s Commonwealth Court, the appellate court hearing lawsuits involving government agencies, laws and regulations.

Asked what deals, if any, were made during the negotiating process, Wolf spokesman J.J. Abbott said the judicial package was “negotiated on its own.”

“Gov. Wolf believes filing vacancies to the court is important and has been seeking to fill as many as possible,” Abbott said. “This agreement will particularly help local courts in Philadelphia and Allegheny handle their significant caseloads.”

In Pennsylvania, judges are elected in partisan elections, although there have been efforts for years by legislators and advocacy groups to move to a merit-based system. When judges retire before their terms expire, the governor selects replacements, which the state Senate then must confirm by a two-thirds vote. That’s when politics can dominate.

The process unfolds almost entirely in secret, making it hard to determine if the most qualified applicants get the job.

» WE’VE BEEN CHALLENGED to raise $10,000 by Dec. 31 for Spotlight PA to show Pennsylvania’s support for investigative journalism. Give now at spotlightpa.org/donate and your tax-deductible gift will be TRIPLED.

Wolf’s office has declined to say how many people applied for the Commonwealth Court vacancy or the other openings in county courts across the state. Applicants were vetted by an advisory committee that answers to the governor, but it’s unclear who sits on it, which applicants it recommended or if it even made recommendations.

A public records request filed last month by The Caucus, a partner newsroom of Spotlight PA, sought the applications for the appellate position, but the governor’s office denied releasing the information. The Caucus appealed, and on Wednesday, the Office of Open Records ruled that the administration needed to make them public, albeit with redactions for any personal information. Wolf can appeal, and his office said it is reviewing its options.

“It amazes me that this is the process we’re using to choose judges,” said Sen. Katie Muth (D., Montgomery), who is in her first term in the Senate and has been one of the most vocal critics, particularly on social media, of what she views as deals benefiting the “well-connected and privileged.”

Settling on candidates becomes a game of horse-trading between the governor and the top Republican and Democratic leaders in the Senate, who can make or break a nomination. Names are swapped back and forth, with consideration given not just to nominees’ resumes, but also their political affiliation.

For example, a deal was being negotiated to appoint a Republican to a vacancy on the Court of Common Pleas in Delaware County, said Sen. Tim Kearney, a first-term Democrat who represents that area. Kearney said Republicans pushed for the choice in the face of historic losses to Democrats in county council and judicial elections this month, breaking a once-legendary GOP stronghold.

Kearney, a Democrat from Delaware County whose father served as a judge, said given those results he couldn’t “in good conscience” support the deal. The overall process, he said, also doesn’t “sit well” with him. Wolf did not end up nominating anyone for the Delaware County vacancy.

Aside from Crompton, the governor nominated Cateria McCabe, Dan Sulman and John Padova to fill vacancies on the court of Common Pleas in Philadelphia; and Bruce Beemer, a former state Attorney General and now a Wolf appointee running the Inspector General’s office, to fill a vacancy on the Court of Common Pleas in Allegheny County. There are vacancies in five other county courts of Common Pleas, including Dauphin and Lancaster counties.

Republican and Democratic legislative leaders either declined or did not respond to requests for comment on the nominating process.

Crompton’s nomination has received the most attention. A graduate of Dickinson College and the Widener University School of Law, Crompton has been the lead lawyer and adviser to Senate President Pro Tempore Joe Scarnati (R., Jefferson), who decides everything from personnel matters to which bills reach the floor for a vote.

In that role, Crompton has served as both architect and author of key pieces of the GOP’s legislative agenda. In the building, he is sometimes referred to as the “51st senator” — a nod to the trust and power Scarnati has given him.

He has the reputation of being a smart and savvy strategist, and open to compromise in a building that often eschews concessions. Yet he also has fierce detractors who believe Scarnati’s office can be ruthless and run roughshod over people who oppose it.

In an interview Wednesday, Crompton said he understands that “if you work in this space for a long time, you are going to have critics.” But, he said, “I also believe I have a lot of respect from people I work with on both sides of the aisle and people in the outside world.”

He said the application process was extensive and included dozens of pages of paperwork and a rigorous interview by members of Wolf’s advisory commission.

Crompton said he believes his background in helping craft legislation on issues ranging from taxes to pensions to environmental laws makes him uniquely qualified for the court. The unexpired term Crompton would fill ends in 2021, at which point he would decide whether to run for a full, 10-year term.

He dismissed criticism that his background is too partisan or that his appointment is somehow uniquely political. Indeed, Wolf has appointed lawyers who have worked for his administration to judicial posts.

“I am not going to hedge that I have worked for the Senate GOP for a long period of time," said Crompton, "but if I am confirmed, I will make a full break with the Senate.”

“People change careers,” he added. “They leave one segment of their life behind and start another.”

Spotlight PA receives funding from nonprofit institutions and readers like you who are committed to investigative journalism that gets results. For a limited time, your tax-deductible gift will be TRIPLED. Give now at spotlightpa.org/donate.

Paula Knudsen of The Caucus contributed to this article.

Our judges shouldn't be appointed in the dark by politicians [editorial]

Pennsylvania’s top open records officials say the names of state-level judicial applicants should be available to the public.