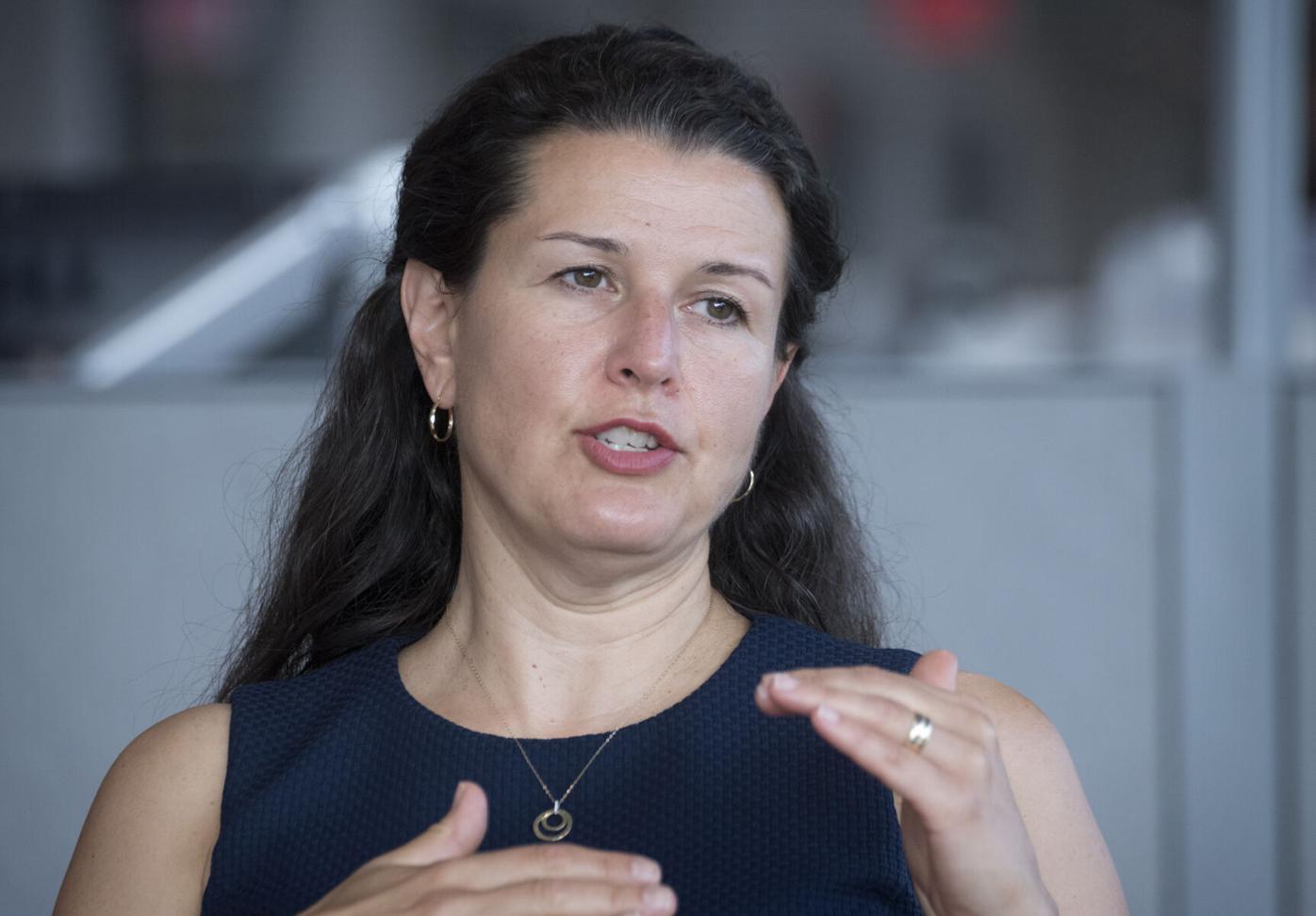 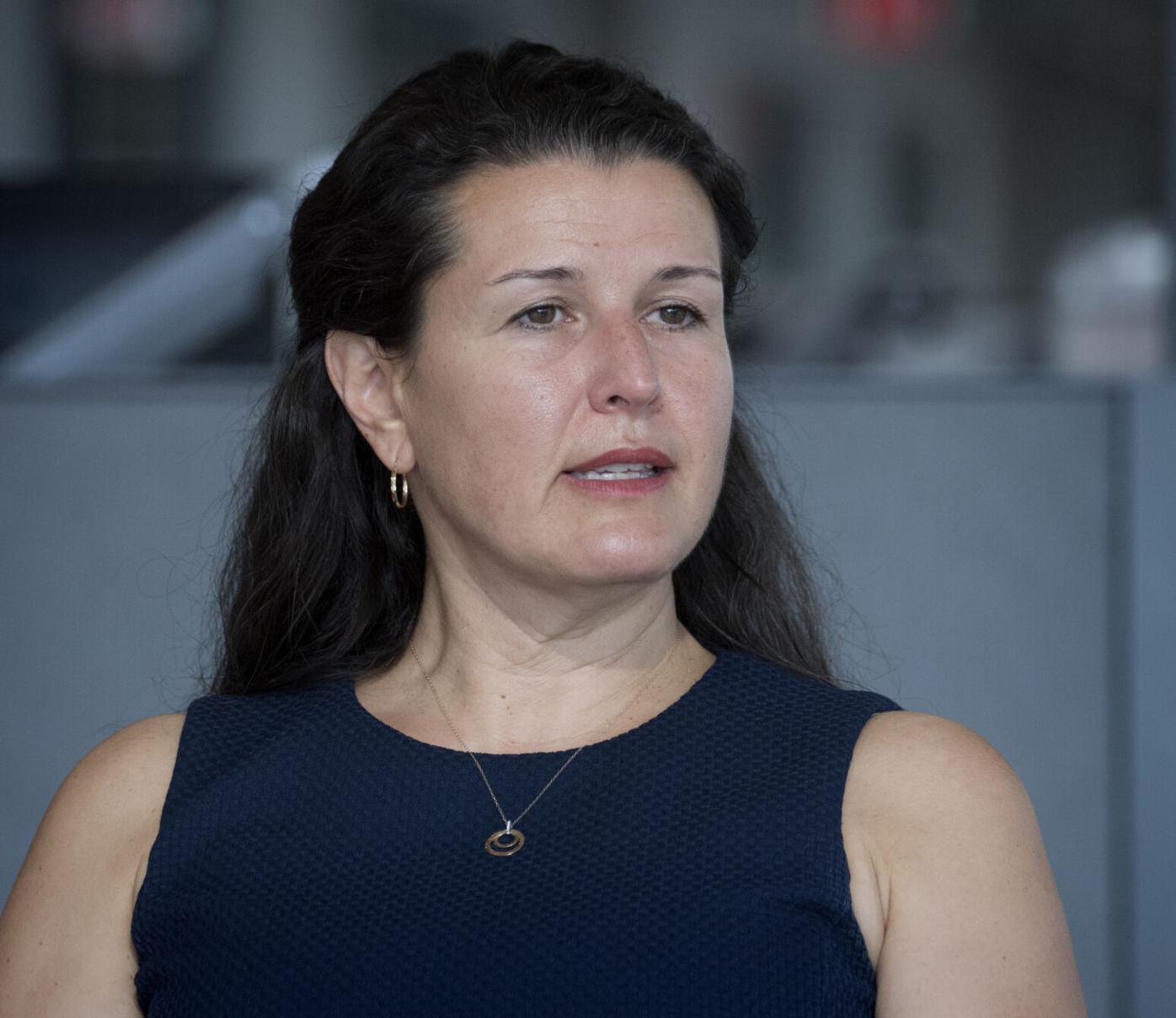 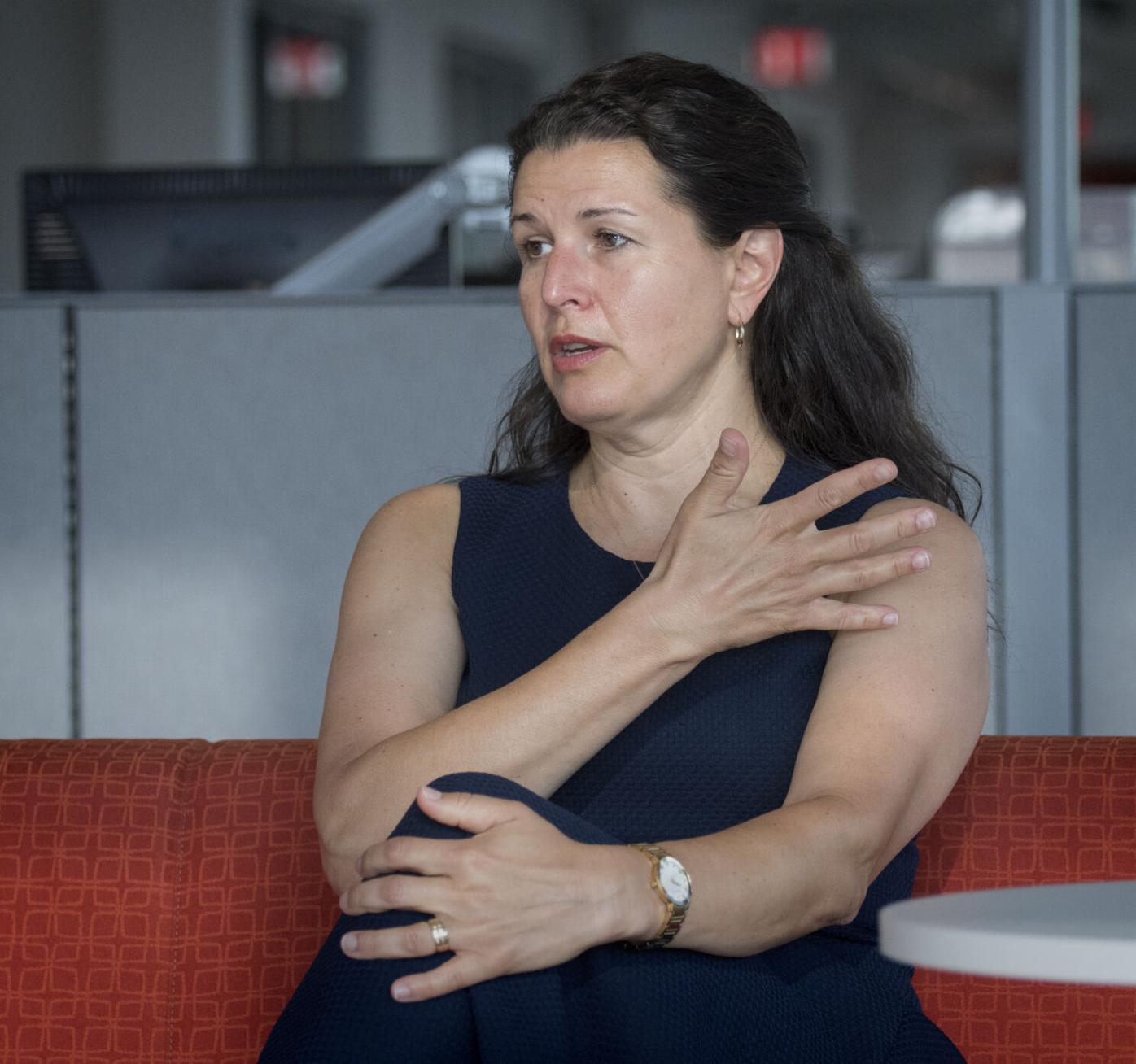 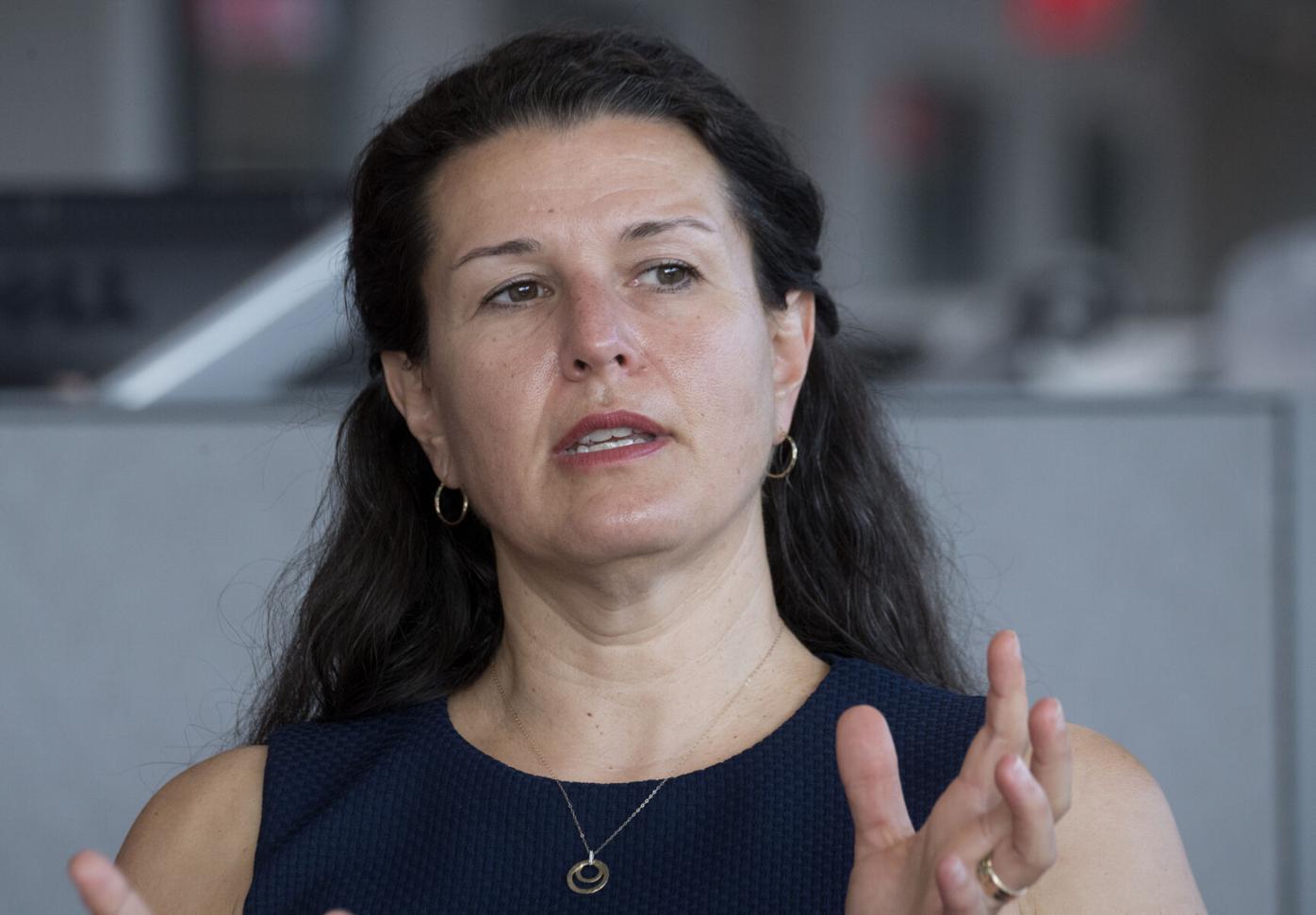 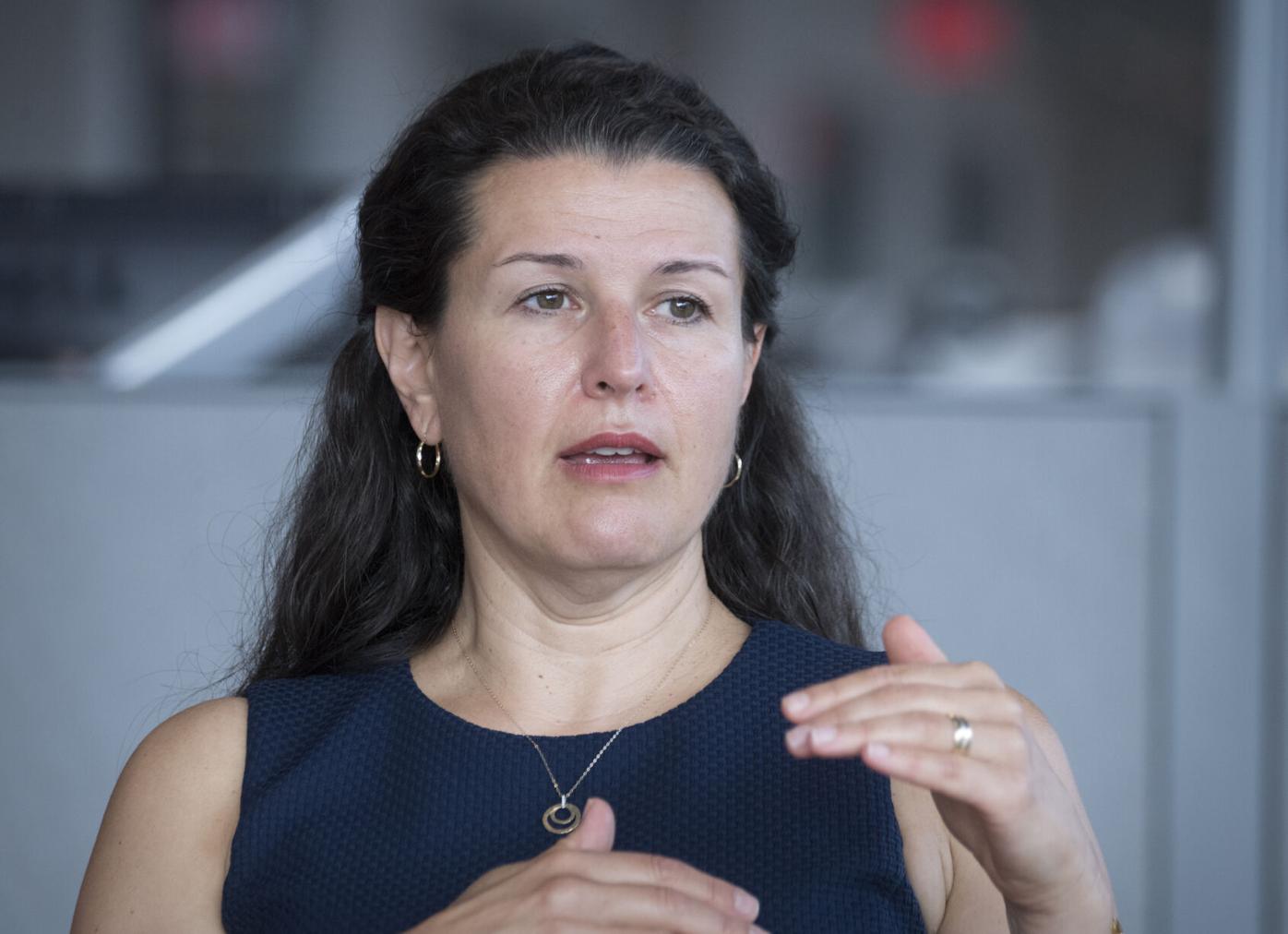 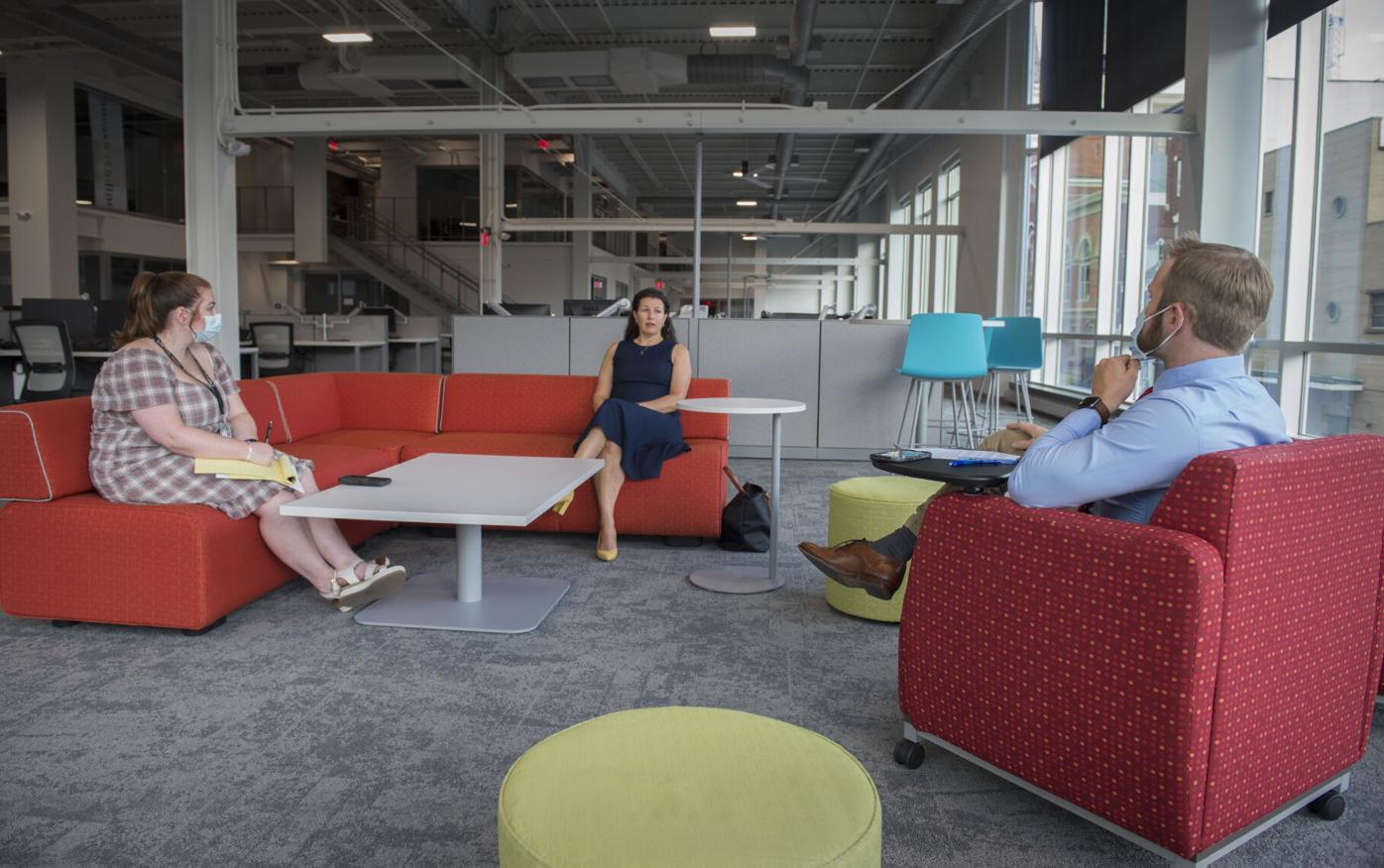 In her first term as Lancaster city mayor, Danene Sorace faced no shortage of challenges.

The city’s finances remain unstable, city hall itself was set on fire by an angered resident, and the second half of her term was consumed by a pandemic and racial justice protests.

Now she faces a new challenge: asking voters to give her a second term.

“We've been really sidetracked as a community and as a country, as a world with the pandemic,” Sorace, 49, said in an interview with LNP|LancasterOnline. “I think that … we haven't been able to fully realize some of the work that we had set out to do, and the work’s changed because of the pandemic, because of George Floyd, because of the needs that are in our community today. And I want to push it further along.”

With no Republic challenger, Sorace looks set to coast into another term. An independent candidate, Willie Shell, is challenging her, but Democrats outnumber all other voters in the city three to two.

Sorace said she believes her biggest accomplishment is the neighborhood engagement initiatives her administration undertook. She says that work laid the foundation to deal with things like the pandemic and lead abatement.

“We have a presence in our neighborhood unlike previous administrations,” she said “I believe, and we aren't always able to solve the problems as quickly as we'd like, but we are marshaling the resources that we have to address the situation at hand.”

She highlighted a similar effort in the police department, where a lieutenant and 17 staff work on community engagement issues.

Prior to the pandemic, marshalling resources was arguably the toughest challenge the city was facing. A growing imbalance between how much money the city raises and its overall expenses, combined with a dwindling cash reserve, is threatening to send the city toward municipal bankruptcy in the next few years if it is not addressed.

Sorace has argued, and still does, that the way to address the gap is for the Legislature to amend the law governing how municipalities can raise money. It’s a plan the Lancaster Chamber supports.

“Taxes are simply too high in comparison to surrounding municipalities, and city is left with extremely limited options other than to continue to rely on property taxes,” said Tom Baldrige, the chamber’s president.

Sorace mirrored that sentiment, saying she recognizes the property tax rate is unsustainable, especially when combined with taxes levied by school districts. Her plan would give municipalities the types of revenue raising tools now only accessible when a municipality declares bankruptcy. Doing this, she hopes, would relieve the tax burden on residents and avoid drastic measures like selling the city’s sewer system.

The Legislature has yet to back the plan, however.

“We have spent the better part of the last two years advocating for that … (but) COVID took us off track for several months,” she said. “We came up short. Our inability … in moving our county delegation to support additional tools for the city is disappointing, and what it means for the long-term sustainability of the city, well, you just have to look at our revenue and expenditure projections over the next five years, and you can see what we're up against, it hasn't changed. … So there will come a time that that will dramatically affect our ability to pay for public safety.”

Sorace said her role as incoming chair of the Pennsylvania Municipal League will help her make this an issue in next year’s gubernatorial race.

In the wake of George Floyd’s murder in May 2020, Lancaster city saw several days of large protests downtown in which activists demanded reforms to the Lancaster Police Bureau. The situation reached a new level of tension last September when a Lancaster city police officer shot Ricardo Munoz, a mentally ill man who charged at the officer with a knife in hand.

Under Sorace, the police bureau hired two social workers to assist on calls related to mental health, housing or other disputes that don’t raise to the level of a chargeable crime. The police also reactivated the bike patrol to improve community relations, and changed the use of force policy to ban chokeholds, among other initiatives.

Most notably, she replaced long-time chief Jared Berkihiser with the city’s first Black chief of police, John Bey, a man she said is more closely aligned with her vision for the department.

“I think that we took a very aggressive approach in making changes, going back to 2018, within the police department with the changes in the use of force policy,” she said. “I'm really, really glad that those efforts that started in 2018 now are being able to be fully realized under chief Bey's leadership.”

Some activists argue these changes are not enough.

Jessica Lopez, who was active during the protests, said it is too soon to know if the bike patrols will improve community relations.

“I’m not seeing any real difference in how our community is being treated and the care for the little people,” said Lopez, who is currently facing felony riot charges for her role in the September protest. “Nothing has really changed in our department other than who our chief is.”

She said she would like to see something like the Cahoots program in Eugene, Oregon, which has unarmed personnel take on many of the social service type calls police might otherwise respond to.

Sorace said the pandemic and the police reform protests were the most significant challenges of her first term, and her leadership through those events is why the city’s voters should entrust her with another four years.

“I think that I have demonstrated overall commitment to the success of the city and have shown results in how we have navigated two significant crises,” she said. “I have faced some very unique challenges and I believe we have met them head on and have come out of them stronger.”

When Willie Shell moved from Alabama to Lancaster in 1969, he wasn’t thinking about politics.

Election 2021: Here's everything you need to know before going to vote Tuesday in Lancaster County

Manheim Township will be fully built out by 2036; voters to choose who will manage the remaining developable land

A wall inside the meeting room at Manheim Township’s municipal building features a framed map labeled:

Lancaster county elections officials are hoping the counting of mail-in ballots for the Nov. 2 municipal election will go smoother than the Ma…