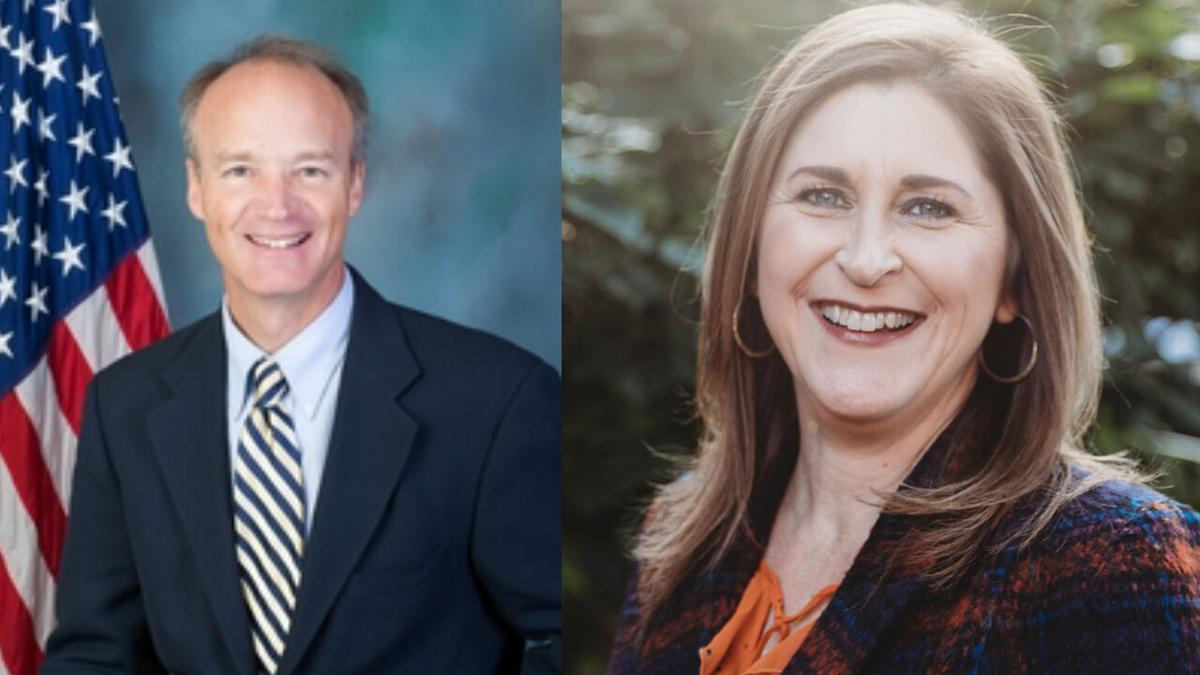 Republican Rep. Brett Miller will stand for re-election for a second time against Democrat Michele Wherley to represent the East and West Hempfield areas of Lancaster County in the state House of Representatives.

Wherley, a human resources manager from Lancaster Township, lost to Miller in 2018 by 7 percentage points. Democrats have since registered more voters in the district, which is made up of many suburban communities surrounding Lancaster city — but Republicans outnumber Democrats by more than 7,000 registered voters.

In the June primary, Miller won the Republican nomination over Brad Witmer, a Landisville truck driver, with 84% of the vote.

Miller, who worked in public education for 26 years before running for office, has focused much of his time on education-related issues and on reforming Pennsylvania’s two public pension systems for state workers and public education employees. He worked with Democratic Treasurer Joe Torsella to address the $70 billion in combined unfunded liabilities and advocated for the state to consolidate investment operations and to test the investment strengths annually, among other reforms.

If re-elected, Miller said he would continue this work and reintroduce legislation requiring the state pension systems to report fees, so taxpayers know how much is being paid to money managers and whether the investments are profitable.

“The people of Pennsylvania need to know what these fees are, and steps need to be taken to correct any contract that puts our pension plans in a weakened financial position,” Miller said.

Miller said he also would continue to advocate for property tax relief and noted he has supported several property tax reform measures in the House that were never voted on in the Senate, such as one to reduce property taxes by 30% to 40% for all homeowners.

Wherley is running on the same policies she did in 2018 — with the addition of COVID-19 response proposals — ranking her top issues as incrementally raising the minimum wage to $15 an hour, equitably funding public schools in Pennsylvania and protecting Lancaster County’s land heritage.

“We don’t have to reinvent the wheel; we just have to make the political decision to do it,” Wherley said about raising the minimum wage.

Miller also said he supports a “responsible increase” in Pennsylvania’s minimum wage, but noted that just 2.3% of the state’s workforce earns minimum wage; he did not say what increase he would support.

Wherley said her broad professional background as a human resources manager makes her a better fit to represent the district. She describes herself as a “generalist” who can develop relationships and utilize her resources.

“There are a lot of functions in my current job that I would do as a state representative,” Wherley said. “Speaking as a woman, I think that we are natural collaborators, we are pragmatic. We are more willing to go across the aisle and look for commonsense solutions to a problem.”

Miller stood with the rest of the GOP caucus this year in challenging Gov. Tom Wolf’s COVID-19 restrictions on business activity.

“Clearly, governing a state as large and diverse as Pennsylvania requires more input than just the decisions of one person,” Miller said. “That is why the voice of every Pennsylvanian needs to be represented through the deliberations of the General Assembly.”

Additionally, the candidates disagree on whether the state should legalize recreational marijuana. Miller said he’s seen marijuana used as a gateway drug to more addictive drugs during his time as a counselor at Philhaven Hospital and that legalizing it recreationally would detrimentally impact citizens’ health. Wherley said she believes it should be legalized, taxed and regulated.

More in 2020 election: What Lancaster County should know before upcoming local and national election (8 of 19)