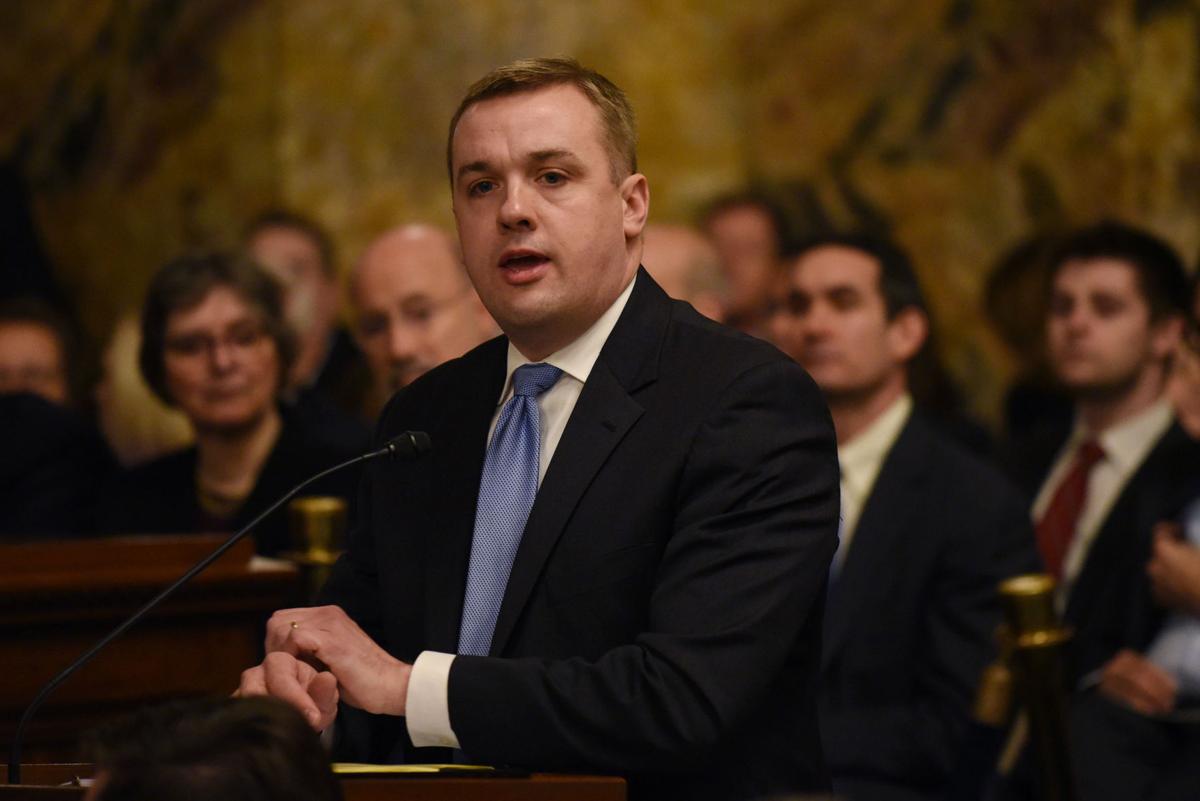 Majority Leader Bryan Cutler speaks at the Hall of the House inside the Pennsylvania State Capitol on Tuesday, Jan. 1, 2019. His remarks were a part of the Swearing In Ceremony for the Pennsylvania House of Representatives. 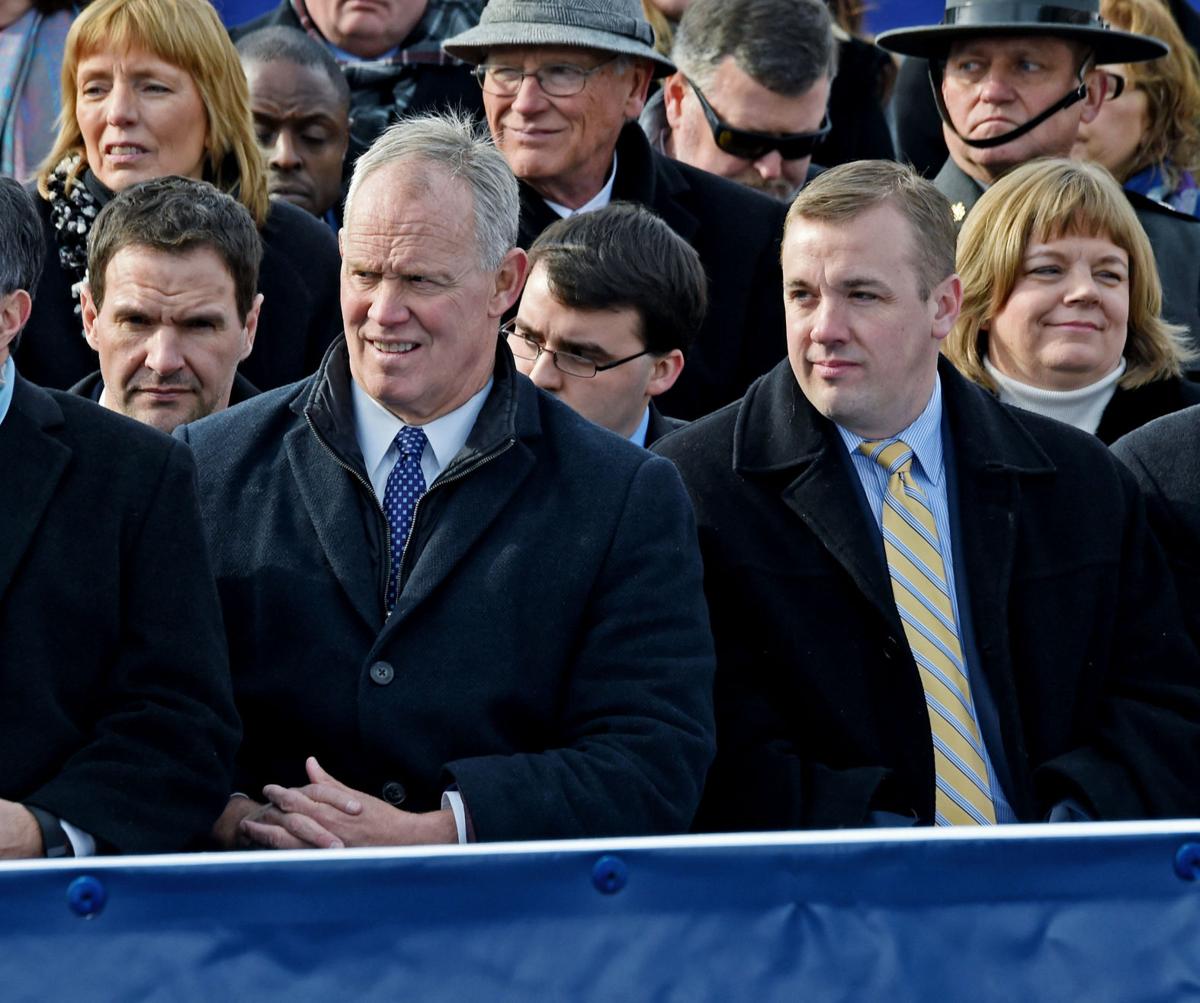 Majority Leader Bryan Cutler speaks at the Hall of the House inside the Pennsylvania State Capitol on Tuesday, Jan. 1, 2019. His remarks were a part of the Swearing In Ceremony for the Pennsylvania House of Representatives.

A veteran lawmaker from southern Lancaster County will temporarily assume the highest position in the Pennsylvania House of Representatives next week and is a top contender to hold the spot for the foreseeable future.

Rep. Bryan Cutler, a Peach Bottom Republican, will become acting speaker at the end of the day Monday when Speaker Mike Turzai resigns, ending his five-year run holding the gavel. Cutler would accept the job if his GOP colleagues nominate him in the coming weeks, his spokesman told LNP | LancasterOnline.

“He has made it clear now to the members of the caucus that if so chosen he would be interested,” said spokesman Mike Straub.

It will mark the next step in a rapid ascent to the top for Cutler, who became the highest-ranking House lawmaker from Lancaster County in nearly a century when he was selected by his peers as majority leader in 2018.

House Republicans who control the chamber have indicated they will nominate and vote on a new official speaker as soon as the week of June 22.

The majority leader would be next in line under normal circumstances. However, it had been unclear whether Cutler would accept, considering his short tenure in the leadership job and with more veteran members in the GOP ranks.

Two other top contenders are expected to be Rep. Stan Saylor, a 28-year legislator from York County who chairs the powerful House Appropriations Committee, and Rep. Kerry Benninghoff, the majority whip from Centre County who has served for 23 years.

Top Republican Mike Turzai will resign from the Pa. House on June 15

Both Republican and Democratic caucuses would nominate a candidate for a full floor vote among all 203 members, and Republicans, who hold the majority of seats, will likely determine the winner.

The next speaker will serve until November, when another round of nominations and voting will take place after the Nov. 3 elections. Democrats are hoping to take control of the chamber for the first time in a decade by flipping nine seats.

Turzai has not publicly supported anyone to be his successor but praised Cutler’s leadership during a lengthy farewell speech Wednesday.

Rep. Bryan Cutler is bringing his Solanco roots to the highest level of state politics

Cutler, 45, first won his seat in the House in 2006 after mounting a rare challenge against an incumbent Republican during a controversial legislative pay-raise scandal.

He became a reliably conservative voice in Harrisburg and popular among his colleagues, rising to the leadership position of majority whip in 2014 and majority leader in 2018.

As a legislator representing a solidly red and mostly rural district, he has opposed expanding abortion access, gambling and legalizing recreational marijuana. As majority leader controlling the policy agenda for the last 18 months, he’s focused on multibill packages on human trafficking, juvenile justice reforms and career and technical education.

Cutler would become the first speaker from Lancaster County since Rep. Aaron Hess, who served in the position from 1929 to 1930, when the stock market crash launched the country into the Great Depression. With unemployment now at its worst levels since then, Cutler would step into the speakership as the state continues to deal with the economic and public health turmoil from COVID-19.

He and other Republican leaders in both the House and the Senate have increasingly battled with Democratic Gov. Tom Wolf in addressing the pandemic. The next stages of that battle will likely take place in court as Cutler and others are planning to sue the administration to end Wolf’s emergency declaration.