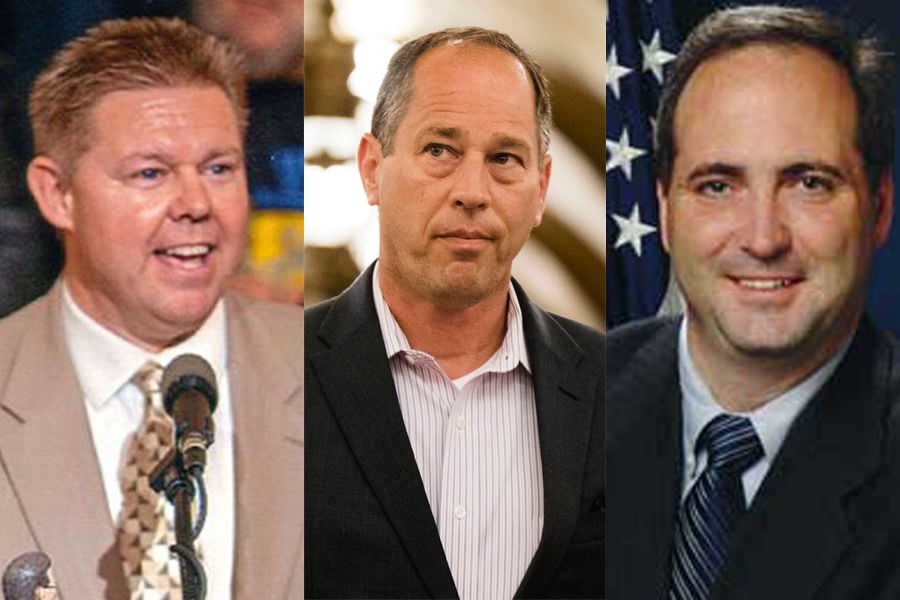 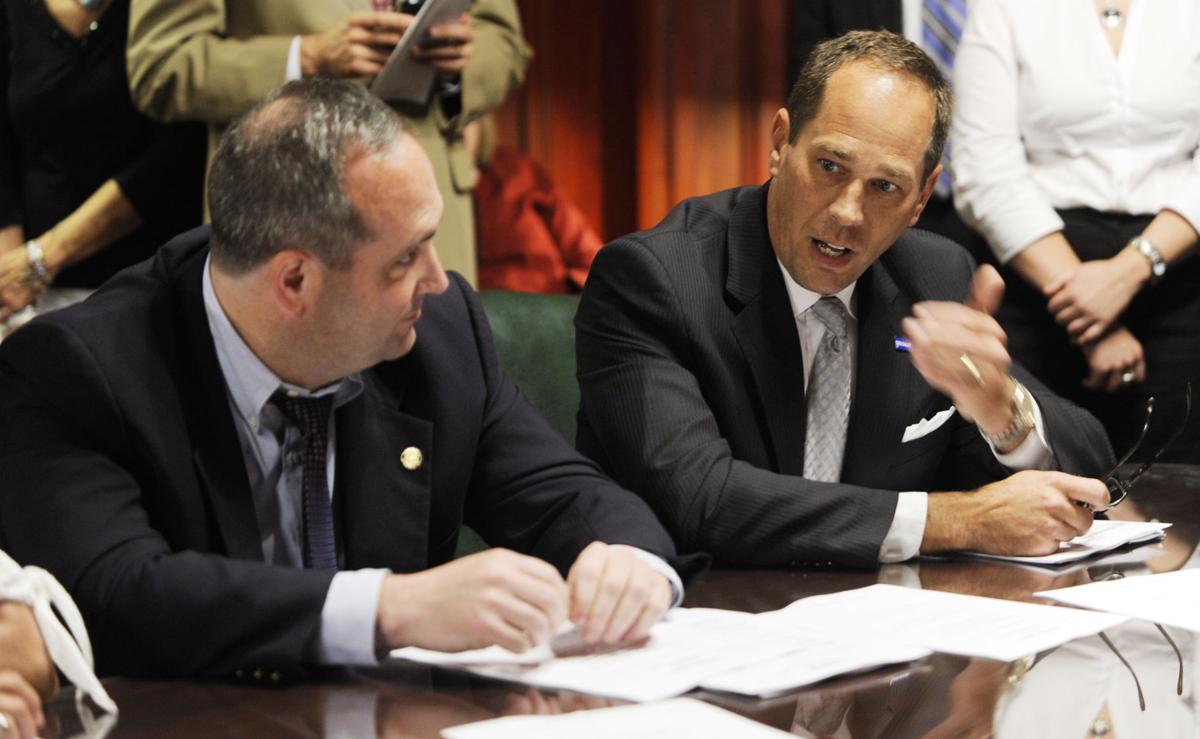 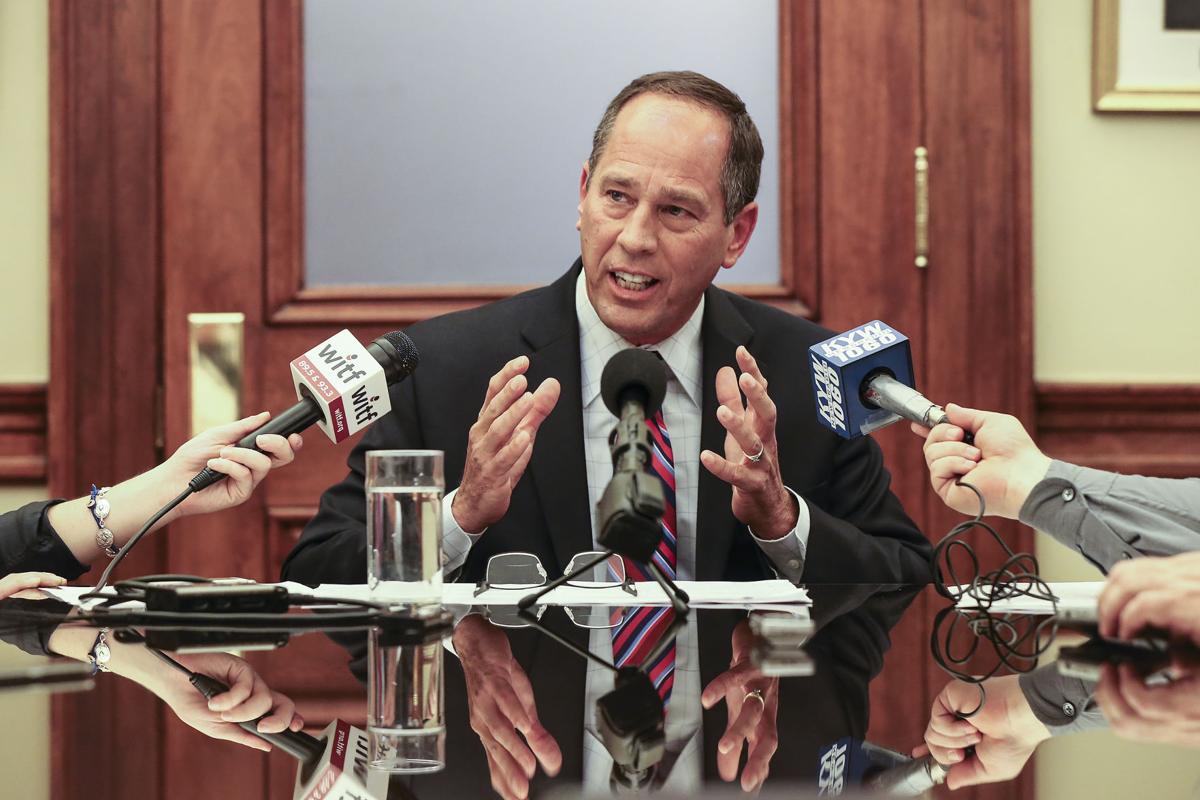 In the waning days of summer 2016, just weeks after major legislation expanded Pennsylvania wine sales, three state senators — including the chairman of the Senate committee that regulates liquor laws — embarked on a European trip with campaign donors.

The leader of the state Senate, Joe Scarnati, along with former Republican Sens. Chuck McIlhinney and Richard Alloway, arrived in London on Sept. 20 and made stops in Belgium and Austria before ending up in Munich, during Oktoberfest.

The cost of the trip, totaling at least $15,300, was uncovered as part of a year-long investigation by The Caucus and Spotlight PA that examined how Pennsylvania’s most powerful state lawmakers have obscured details of how and where they spend their campaign money.

The investigation found nearly $3.5 million in expenses from 2016 through 2018 that could not be traced to the ultimate recipient based on publicly filed campaign finance reports. They included overseas and cross-country travel, sports tickets, limos, dinners, cuff links and country club memberships.

Among the hidden spending, however, the European trip stood out.

The senators declined to identify the donors who joined them or disclose their itineraries. They also gave varying explanations for the trip’s purpose. One suggested it was a mix of government and campaign business, while another described it in documents as a trip by the legislative committee that oversees liquor. The committee, however, had no records showing the trip was sanctioned.

“This seems to be on the margin even by Pennsylvania standards,” said Christopher Borick, a political science professor at Muhlenberg College in Allentown. “You would hope that elected officials, even when they say legally they could, ethically (they) wouldn’t.”

Under Pennsylvania election law, campaign accounts must be used for “influencing the outcome of an election.” But what qualifies is largely open to interpretation, and the state is one of two in the United States that does not explicitly ban lawmakers from using campaign cash for personal benefit.

Spending from the senators’ campaign accounts for the European trip included $1,234 for a Hilton hotel stay in Munich for Alloway, $2,482 on trains by McIlhinney and $246 by Scarnati at Europe’s oldest restaurant in Salzburg, according to records obtained by the news organizations.

A few weeks earlier, the General Assembly had upended decades of the state’s tight control on the liquor and wine industry by allowing wine carry-out at some grocery and convenience stores. The legislation also allowed direct shipments of wine to people’s homes.

McIlhinney — then the chairman of the Senate Law and Justice Committee, which oversees the liquor industry — was instrumental in the bill’s passage. The European trip, he said, was among several he took to discuss liquor policy but also court donors after the new law.

“After I made the changes, I went and pursued some of the larger national corporations that we were dealing with… The wine people, the liquor people, the beer guys,” he said. “We were in pursuit of high-end donors.”

» SIGN UP for Spotlight PA’s free weekly newsletter, The Investigator, and receive exclusive, behind-the-scenes looks at our work, plus a roundup of only the best journalism across Pa.

Asked if he thought it was a conflict to change the law and then fundraise off of it, he said, “That’s the million-dollar question.”

But he noted the trip took place after the bill’s passage, and insisted “this wasn’t a quid pro quo.”

“There was no direct discussion of, ‘I’m going to change these laws. Please give me money,’” McIlhinney said.

One of the policy issues that was explored in Europe was the concept of “tied houses,” or retail outlets that have arrangements with alcohol providers to exclusively sell their brands, he said.

“We went over to see what it looks like … it became a campaign trip,” McIlhinney said, adding that “you’re always on the line” between campaign and legislative business.

Scarnati declined to discuss the trip. His campaign’s lawyer, Lawrence Tabas, said in a statement, “This was a trip organized and planned by Sen. McIlhinney, and it included various political campaign contributors and involved fundraising for the SRCC (Senate Republican Campaign Committee) and members of the Republican Caucus.”

Tabas said the trip and other Scarnati expenses met the legal threshold of influencing “the outcome of an election.”

Alloway did not return requests for comment, but records provided by his campaign described the European tour as a “Senate Law and Justice trip.” Tabas, who also represents Alloway, declined to answer questions about that description.

Senate officials, however, said in response to a public records request that there was no record of an official committee trip.

Ben Wren, executive director of the Law and Justice Committee, said he could find no evidence the trip was discussed or approved.

Paula Knudsen and Mike Wereschagin of The Caucus contributed to this report.

Coming Thursday: One of Scarnati’s top legislative aides rings up big charges on a campaign credit card, but has no official role on the campaign

Pa.'s top Senate aide is paid by taxpayers. So why is she spending big on campaign credit card?

Shelly Brown is one of two taxpayer-funded staffers under Senate leader Joe Scarnati who have access to a credit card issued by the top Republican’s political operation, even though neither of them has an official role with the campaign.

The 10 most extravagant or bizarre expenses made by Pa. state lawmakers’ campaigns

Campaign accounts must be used for “influencing the outcome of an election.” But what qualifies is largely open to interpretation.

Here's what Pa. lawmakers can do to close the loopholes in campaign finance law they've been exploiting

How Pennsylvania’s three row officers — attorney general, auditor general and treasurer — get around, and who pays

Editor's note: This article originally appeared in the September 18, 2018 edition of The Caucus.