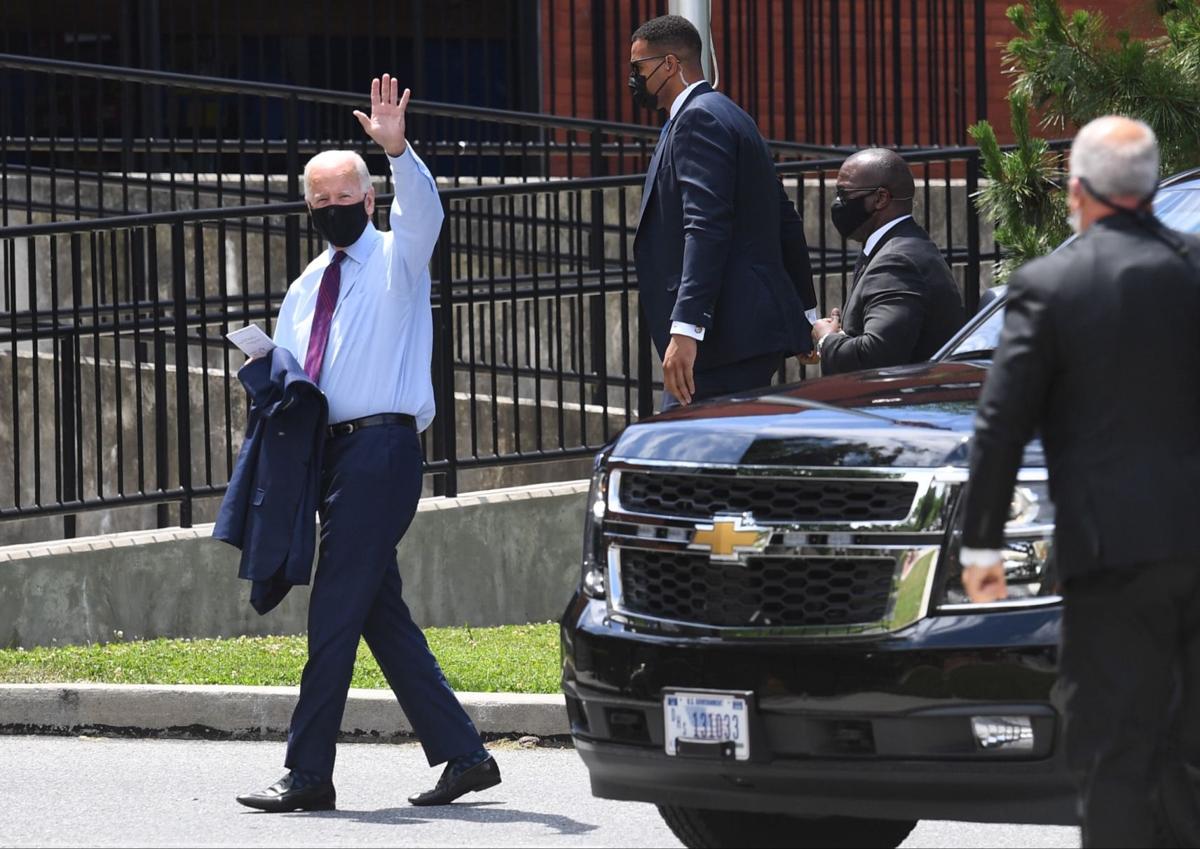 Former Vice President and current Democratic presidential nominee Joseph R. Biden stopped in Lancaster city on Thursday for a social-distanced chat about the Affordable Care Act in an outdoor courtyard with three mothers and two children from Lancaster County.

The native Pennsylvanian and former Delaware senator visited the city today to focus on his plan to make quality, affordable health care available to every American.

He met in a closed event with families who have benefited from the Affordable Care Act and deliver remarks on his plan to make quality, affordable health care available to every American.

“Amazingly, he hasn’t grasped the most basic fact of this crisis: To fix the economy we have to get control over the virus," the presumptive Democratic presidential nominee said of Trump while speaking at the Lancaster Recreation Center at 525 Fairview Street. "He’s like a child who can’t believe this has happened to him. His whining and self-pity. This pandemic didn’t happen to him. It happened to all of us.”

After long focusing on staging virtual rallies and other online appearances from his Delaware home, Biden has in recent weeks begun making frequent trips to Pennsylvania, allowing him to focus on a swing state without venturing far. Lancaster is about an hour and 15 minutes by car from Biden’s house, and yet it is the farthest he’s traveled lately, aside from a trip to Houston to meet with the family of George Floyd, whose death in police custody sparked protests around the nation.

Biden will highlight the need to protect and build on the ACA as the Trump Administration files a brief with the Supreme Court in favor of invalidating the landmark law in its entirety, the campaign said in a press release.

You can watch live here.

Democrats running for President don't often visit Lancaster County, but here are two who did

The press conference can be watched here, or it can be viewed below.

Reporters from LNP | LancasterOnline are on the scene. Follow along using the Twitter widget below. The Associated Press contributed to this story.