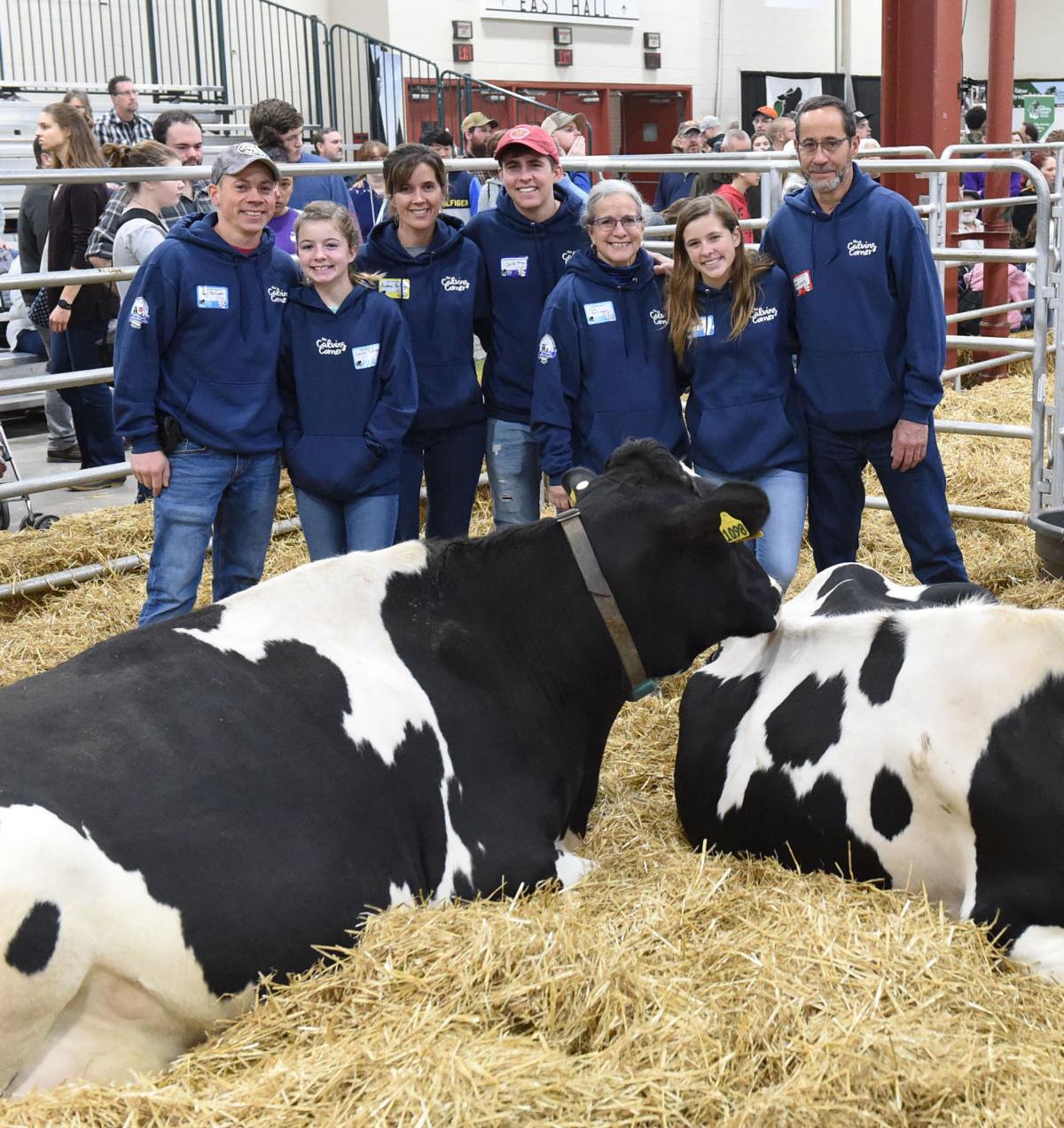 Members of Bollinger family pose for the photographer at the Pennsylvania Farm Show in Harrisburg on Saturday, January 4, 2020. 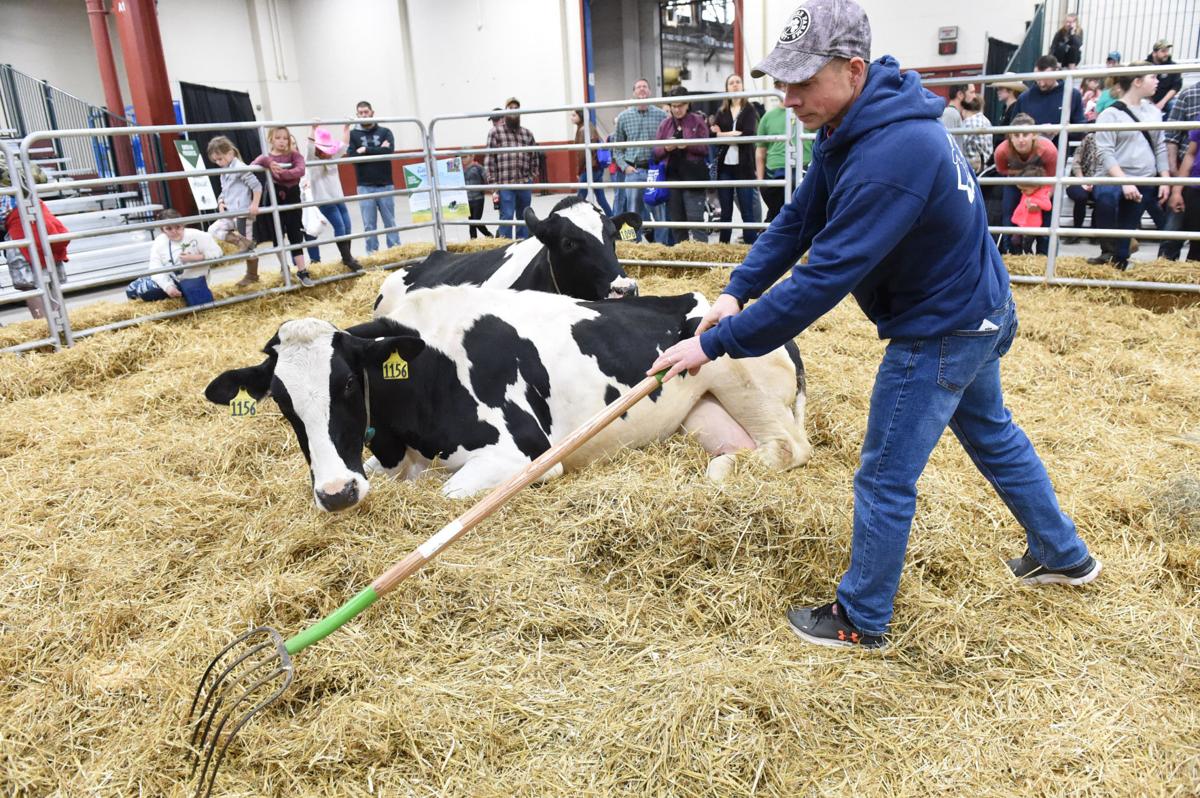 Andy Bollinger cleans up the area at the Pennsylvania Farm Show in Harrisburg on Saturday, January 4, 2020. 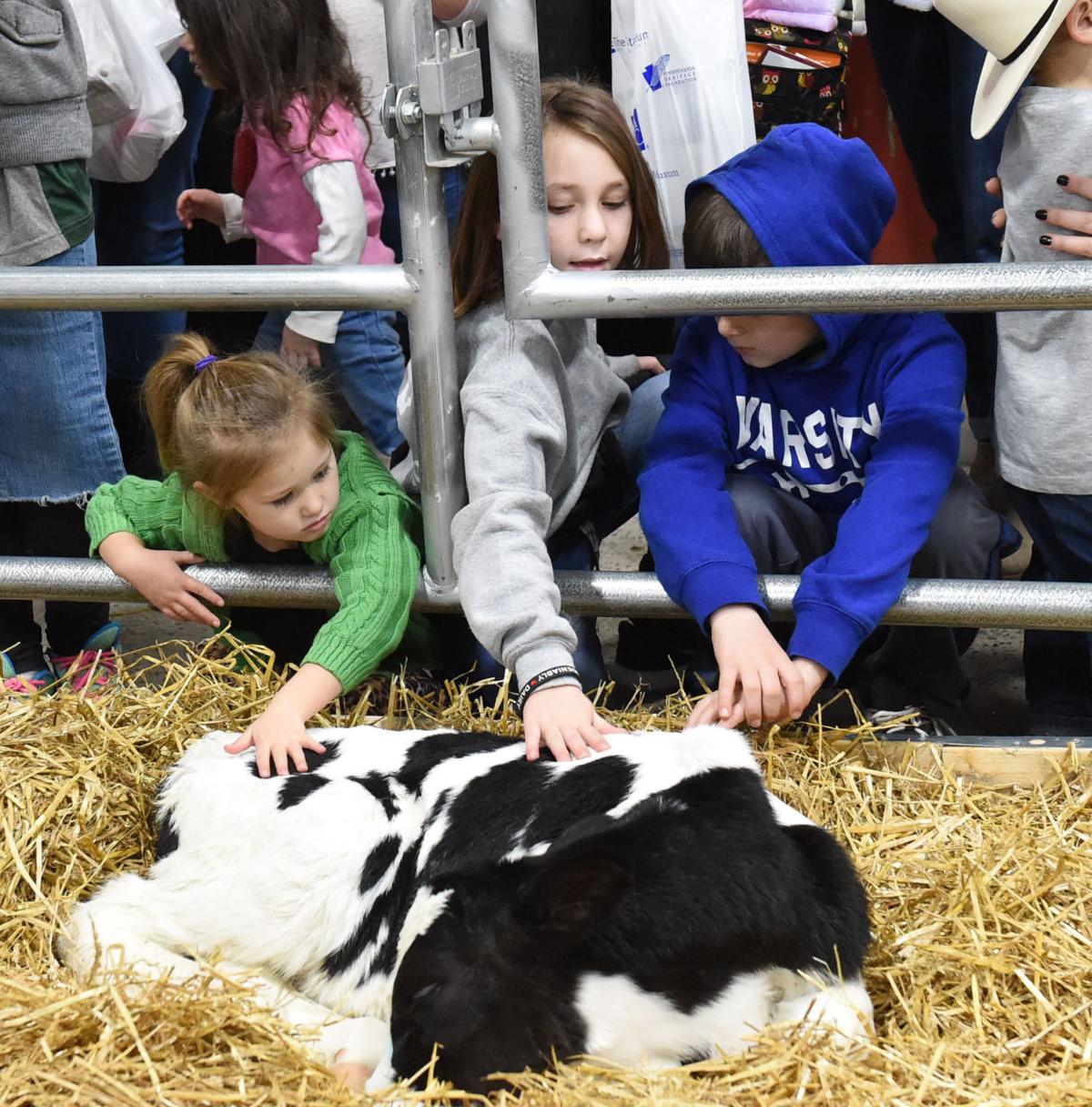 Kids pet a calf, Imagine, who is born on Jan 3rd at the Pennsylvania Farm Show in Harrisburg on Saturday, January 4, 2020. The calf will go to Meadow Spring Farm which is owned by Bollinger family.

Andy Bollinger will start his Tuesday morning like he does every day: He’ll leave his home hours before sunrise. He’ll walk past his machine shop, silos and feed storage, then enter one of his cow barns to start milking by 4:30 a.m.

Putting a farm on pause is no easy feat. But Bollinger, 43, will need to step away from his usual long work day by the early evening: His family is expecting an important visitor -- the vice president of the United States.

Trump and former Vice President Joe Biden will debate for the first time from 9 to 10:30 p.m. at Case Western Reserve University in Cleveland, Ohio. The debate will be moderated by Fox News Sunday anchor Chris Wallace.

Both the Trump and Biden campaigns see Pennsylvania as critical to winning the election. The president won Pennsylvania by just 44,000 votes in 2016, and many observers say he will need to win every county that voted for him in 2016 -- including Lancaster -- to secure reelection. Both candidates and their surrogates have made almost weekly trips to the state in recent months, with Lancaster County becoming a top destination.

Bollinger, his parents, his wife and children will all likely get a minute or two to speak with Pence while he’s at the farm.

“We just want to thank him for what he’s doing,” Bollinger said.

Pence was last in Lancaster in July, making a quick stop to wave to supporters along Lititz Pike while on his way to a Manheim farm for a fundraiser and later for a bus tour that took him to the Philadelphia area. Biden last visited Lancaster earlier this month.

Bollinger said he’s not sure why his farm was chosen for the event and that his family is not big Trump campaign donors. But he said the family is honored to host the event.

A campaign staffer called Bollinger “out of the blue” a little more than a week ago, asking if the campaign could host the event at his farm. He quickly agreed. Since then, he and his family have been preparing for the visit, coordinating with staff from the Trump campaign and the U.S. Secret Service.

“We are very excited,” Bollinger said. “It’s been a whirlwind of activity... All the people in charge of making the event happen are a lot of fun to work with. We’ve been enjoying the experience.”

Attendees will sit under a tent in an old alfalfa field at Meadow Spring Farm to watch the debate, Bollinger said. There will also be two food trucks available.

Bollinger would not give an estimate on how many people will be in attendance, but said there has been “a lot of interest.”

The debate is divided into six 15-minute segments, focused on major topics Wallace has chosen, including: each of candidate’s record in public office, the Supreme Court vacancy, COVID-19, the economy, race and violence in American cities, and the integrity of our elections, according to a memo by the Commission on Presidential Debates.

Meadow Spring Farm is a 650-acre dairy farm with 400 cows. Bollinger owns the majority stake of the farm, passed on from his father, Tom, who also still owns a portion.

Like most industries, the dairy industry has been greatly impacted by the coronavirus pandemic.

Bollinger’s farm, which sells to a wholesaler and packager in Berks County, had to dump two days worth of milk when coronavirus restrictions were first put in place in March and April. Falling milk prices added to the pain felt by dairy operations across the state.

Bollinger said he’s been able to recoup some of the money lost to coronavirus restrictions from state and federal programs, but noted that other dairy farms had to dump more milk than his farm.

“Demand has seemed to come back,” he said, adding that prices have risen back up to a fair price in the last two months. “There seems to be, for fluid milk anyway, that our dairy [supplier] keeps on needing a little bit more dairy all the time.”

Why is the Pa. rental assistance program closing with millions of unspent dollars?

Pence-Harris debate: How to watch and what to know about the only VP debate before Election Day

Second lady Karen Pence will be in Mount Joy today

Second lady Karen Pence is scheduled to visit Lancaster County on Wednesday, less than two weeks before the Nov. 3 election.