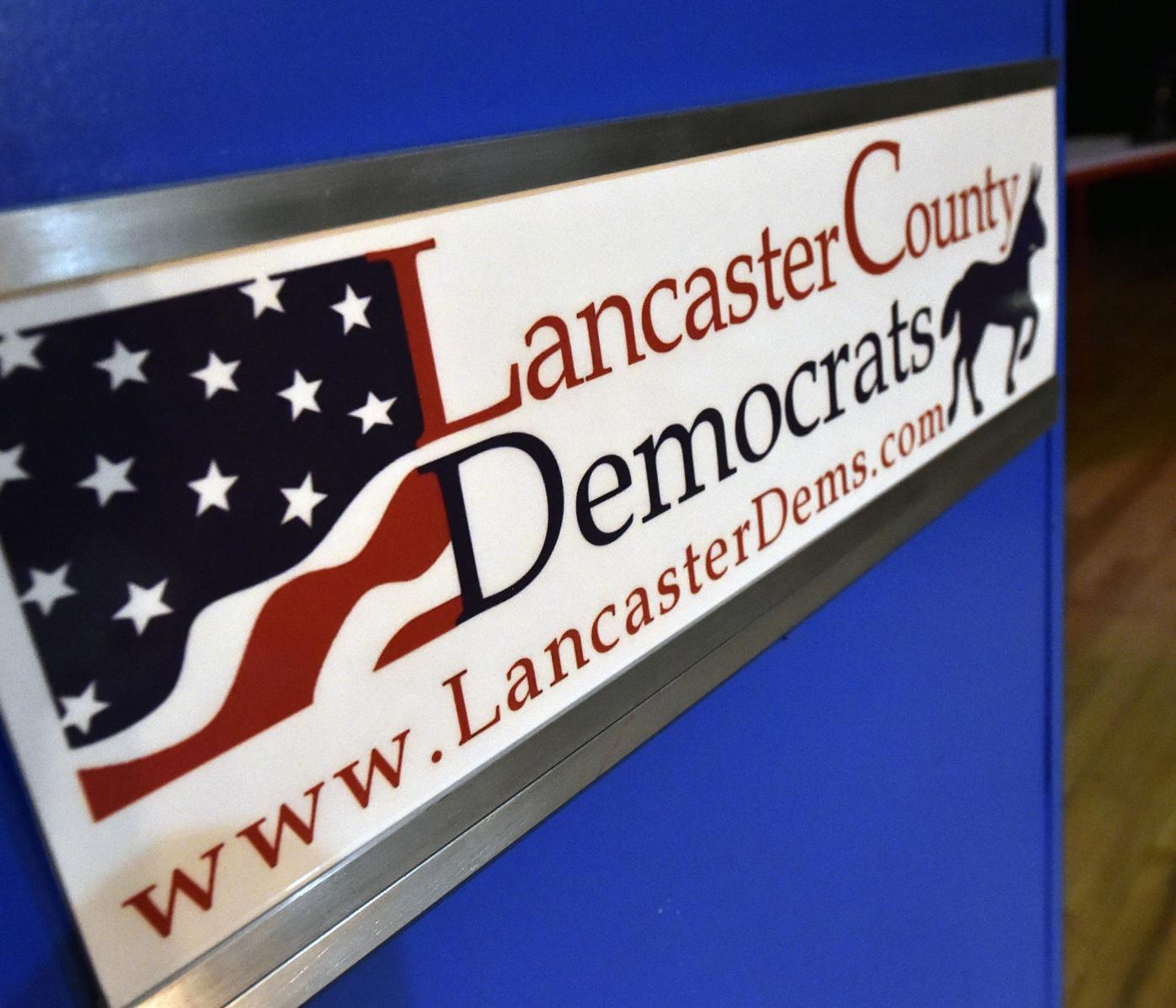 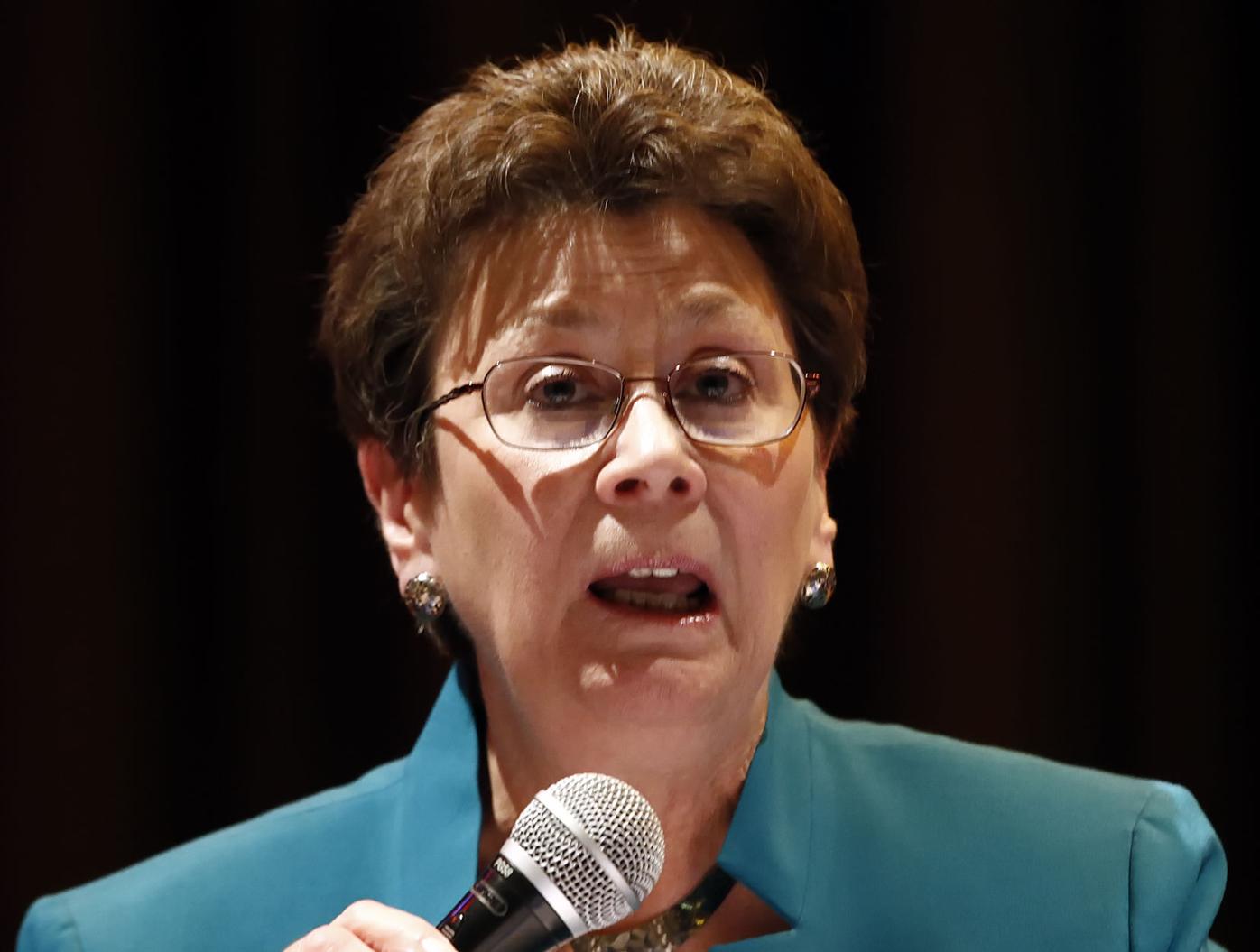 She was told by her fellow Democrats in the county party’s executive team she could resign as chairwoman, in the heat of a pivotal election year despite a track record in leadership with the party that includes Election Day victories in the suburbs in 2017 and 2019.

Or she could risk being the subject of a “public airing of grievances” by members of the county's minority political party, a move vice chair Ismail Smith-Wade-El said would expand the rift that has grown between factions of the local Democrats.

In a decision that surprised some and angered others, the veteran of Democratic politics quit her post effective Jan. 15 and said she would no longer be involved in a party she helped push deeper into suburbs including Manheim and Lancaster townships since President Donald Trump's election.

“It came as a big shock to me as to what happened,” said Jean Bickmire, the district leader for the Conestoga Valley area committee. “My issue is that JoAnn did not resign. JoAnn was effectively removed from her office from a few people and not from the wholly elected members of the Democratic party.”

Hentz’s ouster comes as the state party seeks to regain control of the General Assembly and, thus, take a greater hand in redrawing congressional and legislative district boundaries as required by law after this year’s census.

The disturbance within the Democratic Party here illustrates a rift between more progressive members and a legacy faction, of sorts, made up of veterans who have worked in the trenches for decades and the elected officials who have held public office such as Rep. Mike Sturla and county Commissioner Craig Lehman.

"The party absolutely did and does want a new direction," Smith-Wade-El said in a phone interview Thursday. "The members of the committee and of the executive board who raised concerns and grievances were pretty clear in that ... there was a need for new leadership."

The problems with Hentz's leadership were not major issues, rather more like disagreements about how the party should attack the monumentally important election at hand and how Hentz handled internal and external relationships, Smith-Wade-El said. The issues were brought to Hentz on several occasions, and were from committee members, the executive team itself and past chairs.

"This was not a matter of five or six or seven or eight people who decided they had a petty complaint," Smith-Wade-El added. "These were issues that members of the executive board over a long period of time had heard."

Hentz saw her ouster in a different way: the executive team was working around her without her knowledge, that devolved down to party leaders ignoring her emails and calls. They gave her no option but to resign, she said.

“I didn’t just back down because of the lies and treachery,” Hentz said when reached by phone Sunday. “I backed down because people I have worked for for 20 years, worked alongside, walked with were willing to believe it. That’s the point in which there’s no point in going on.”

Several other Democratic district leaders reached Thursday said they had not lodged any complaints with the executive board about Hentz, and all were surprised by Hentz's resignation.

Hentz’s tenure in party leadership included major victories in Manheim Township -- once a Republican stronghold -- in taking control of the board of commissioners in 2019 and the school board in 2017, where she is still a member.

"I've known JoAnn for years… she and her husband have done so much for this party and have been very successful in Manheim Township," Bickmire said Thursday, reached by phone. She added she fears that the executive team made a unilateral decision to remove Hentz because they wanted someone else they agree with more to lead the party this year.

Diane Topakian, who was elected to succeed Hentz Wednesday night, was not present at the convention due to illness. Reached by phone Thursday, Topakian said she is "for sure" more progressive than Hentz.

"Without a doubt I'm sure my politics are more progressive, but that doesn't mean anything," Topakian said. "All it means is that people with more progressive politics might feel more welcome now at the table and the way our process will work might be a little more transparent."

HARRISBURG — The top Republican in the Pennsylvania Senate announced late Wednesday that he is not running for reelection, becoming the second…

Diane Topakian was elected chair of the Lancaster County Democratic Committee at its endorsement convention last month, after the former chair…

The executive director of the Republican Committee of Lancaster County is leaving his position after accepting a new role at a statewide nonprofit.

Demographic changes in some of Lancaster city’s northern suburbs, combined with record campaign fundraising fueled by donors across the countr…