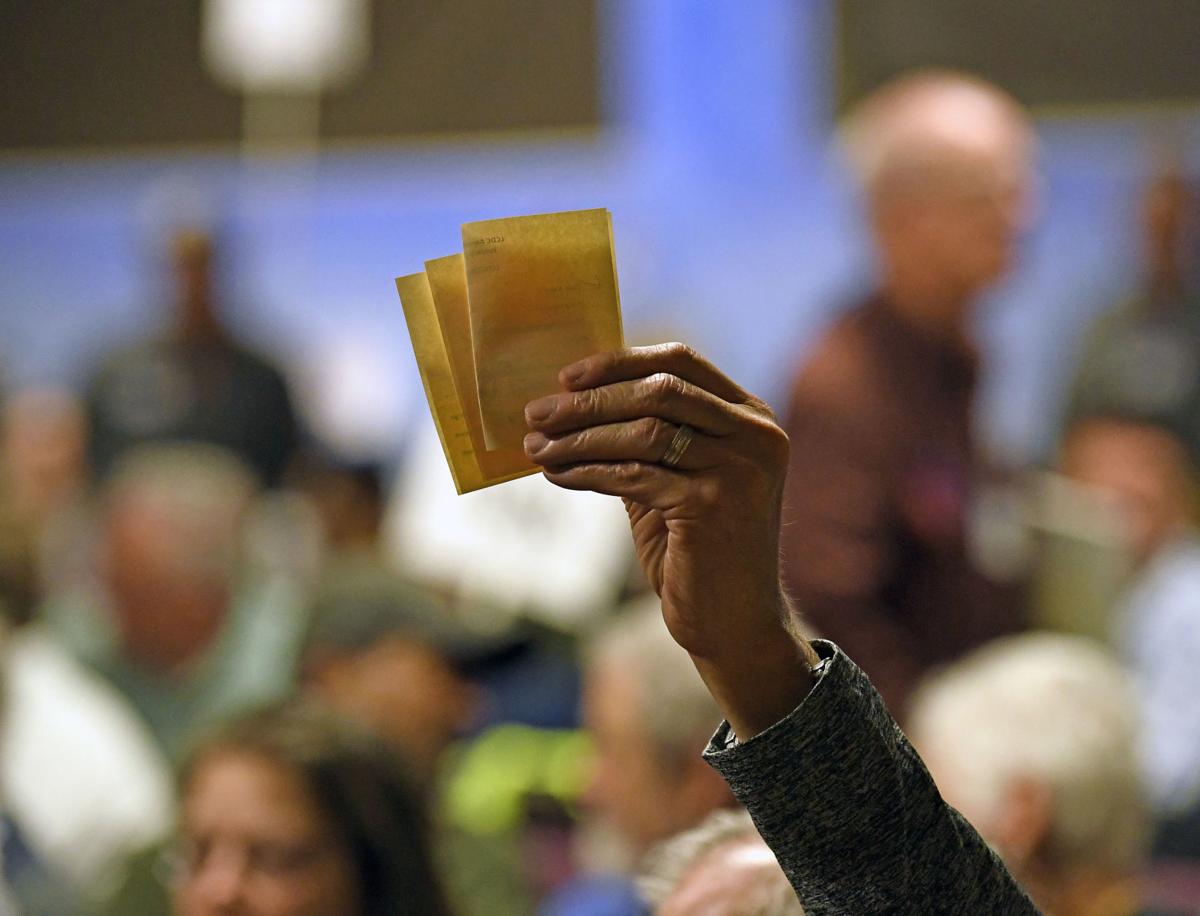 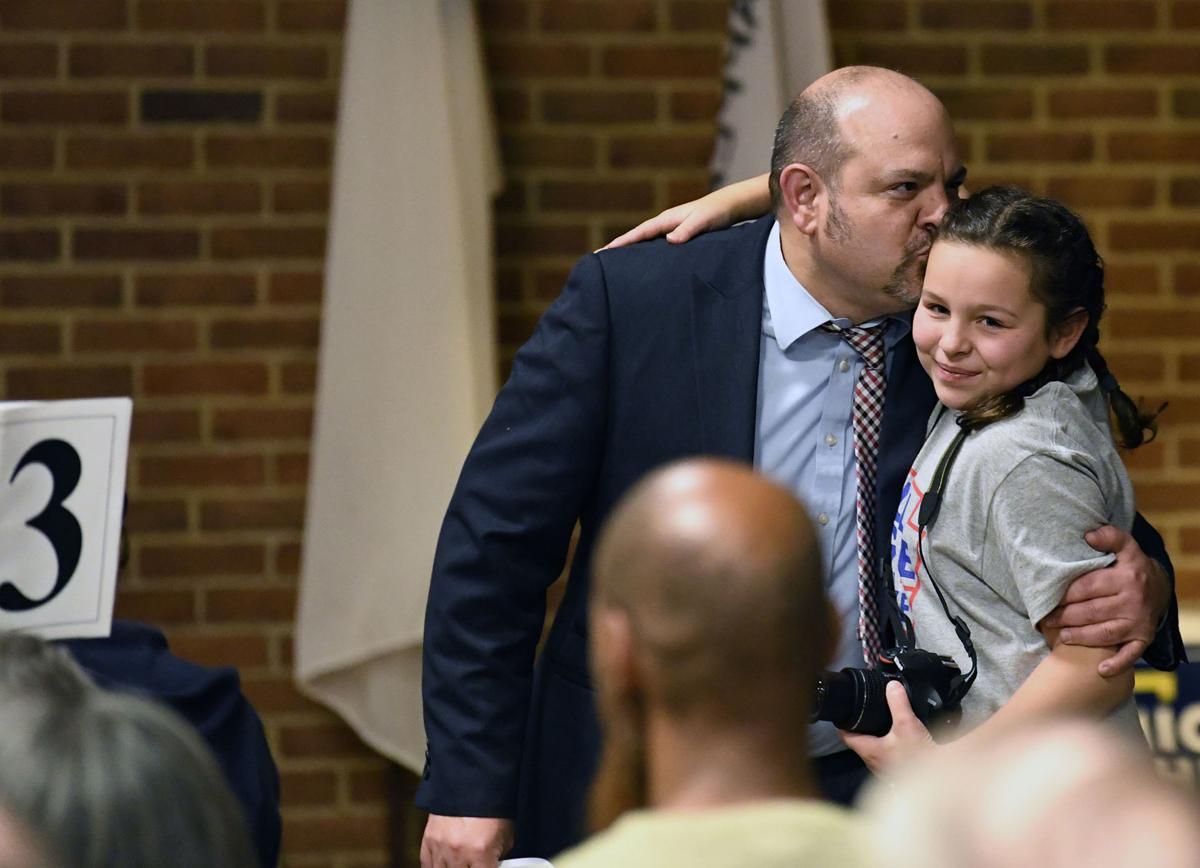 Paul Daigle, left, running for the U.S. House 11th District, kisses his daughter Matea Daigle, 11, both from Manheim Twp., after giving his speech to the committee, during the Lancaster County Democratic Committee 2020 Endorsement Convention at the Mountville Community Center Wednesday Jan. 29, 2020.

In a four-hour endorsement convention Wednesday night, the Lancaster County Democratic Committee issued several endorsements for who they’ll support in the 2020 election.

Most noteworthy, the party failed to endorse a candidate for Pennsylvania’s 11th Congressional District seat, which is currently held by Republican Rep. Lloyd Smucker.

Paul Daigle, who just launched an “exploratory committee” to run for Congress within the last two weeks, was three votes short of an endorsement over Sarah Hammond, a high school field hockey coach who announced in October she’d run for the seat. Daigle said ahead of the convention he had the support of a former candidate who ran against Smucker but would not comment on who it was.

Hammond said that she was not discouraged by the lack of endorsement and is still motivated for the primary election.

Daigle expressed confidence in his chances. “I just started to go out to committee meetings throughout the county,” he said. “Honestly, once I start meeting with more folks, I believe that support will grow.”

County Commissioner Craig Lehman was endorsed for the 13th state Senatorial District seat over Lancaster City Council member Janet Diaz. Diaz said she will still run despite not getting endorsed, and that she expected not to get it.

The committee endorsed state Rep. Mike Sturla for another term to represent the Lancaster city area, which he’s represented since 1990. He was challenged by Daulton Lease, a fellow Democrat and member of local activist organizations. Lease was the first to challenge Sturla since he won the seat 30 years ago.

The committee endorsed Christina Hartman for state auditor general after going to a second ballot.

The convention was delayed by more than an hour after several committee members said they were upset that they needed to choose a new chair when they still didn’t know why former Chair JoAnn Hentz abruptly resigned two weeks ago, saying she would no longer be active in county politics.

Acting Chair Ismail Smith-Wade-El told the committee that the executive committee brought “serious grievances” to Hentz about her time as chair. They said they would bring it to the full committee to deal with publicly or she could resign.

Correction: An earlier version of this story misstated how many ballots were necessary to endorse Christina Hartman. It went to a second ballot. Also, Diane Topakian will remain the Lancaster city district leader.

This story has been updated to clarify which former candidate supports Daigle.

With Pa.'s postponed election, here's what you need to know about how you can cast your vote on June 2

Tuesday was supposed to be the primary election in Pennsylvania. Due to the coronavirus, the primary has been pushed back until June 2.

One of the Democratic candidates vying to challenge Republican U.S. Rep. Lloyd Smucker in November admitted he did not want to run at this tim…