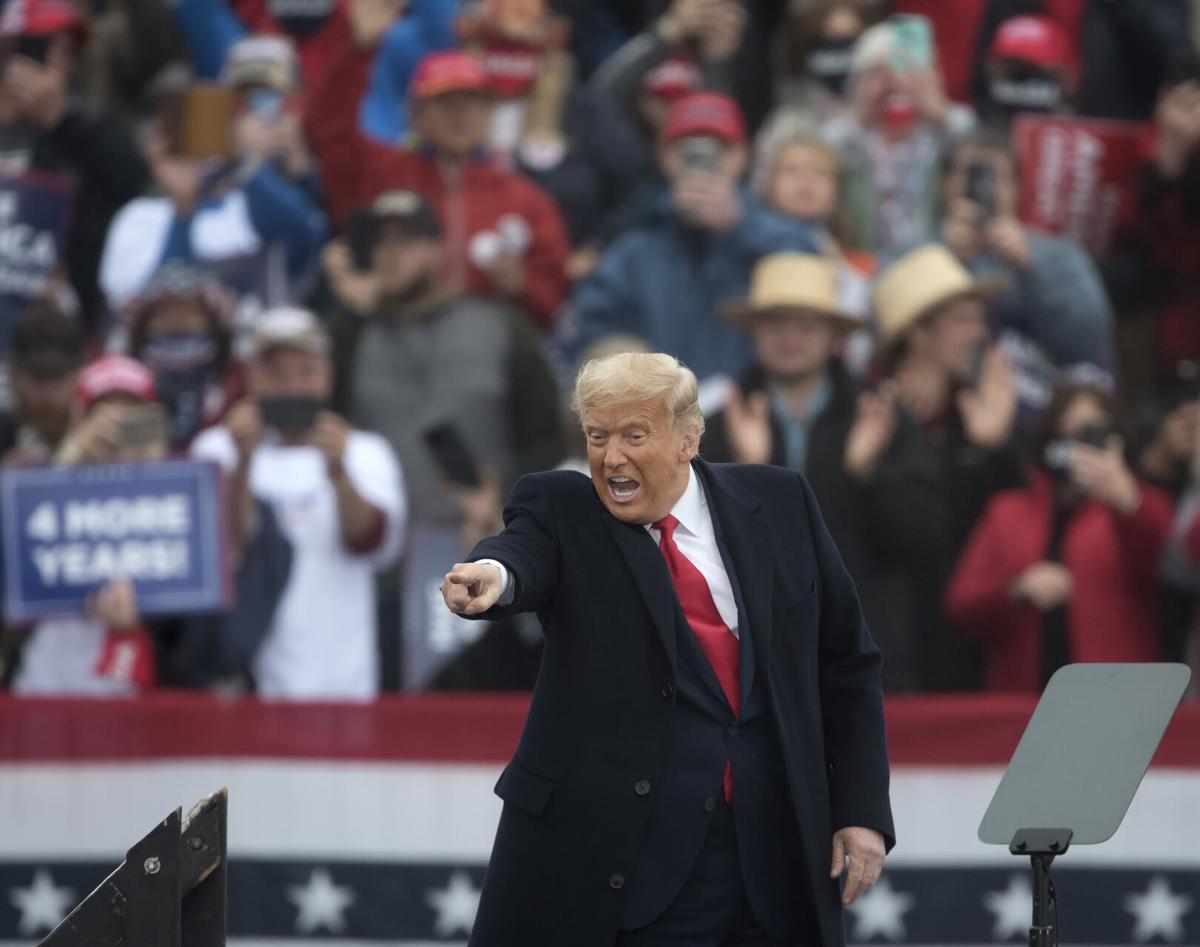 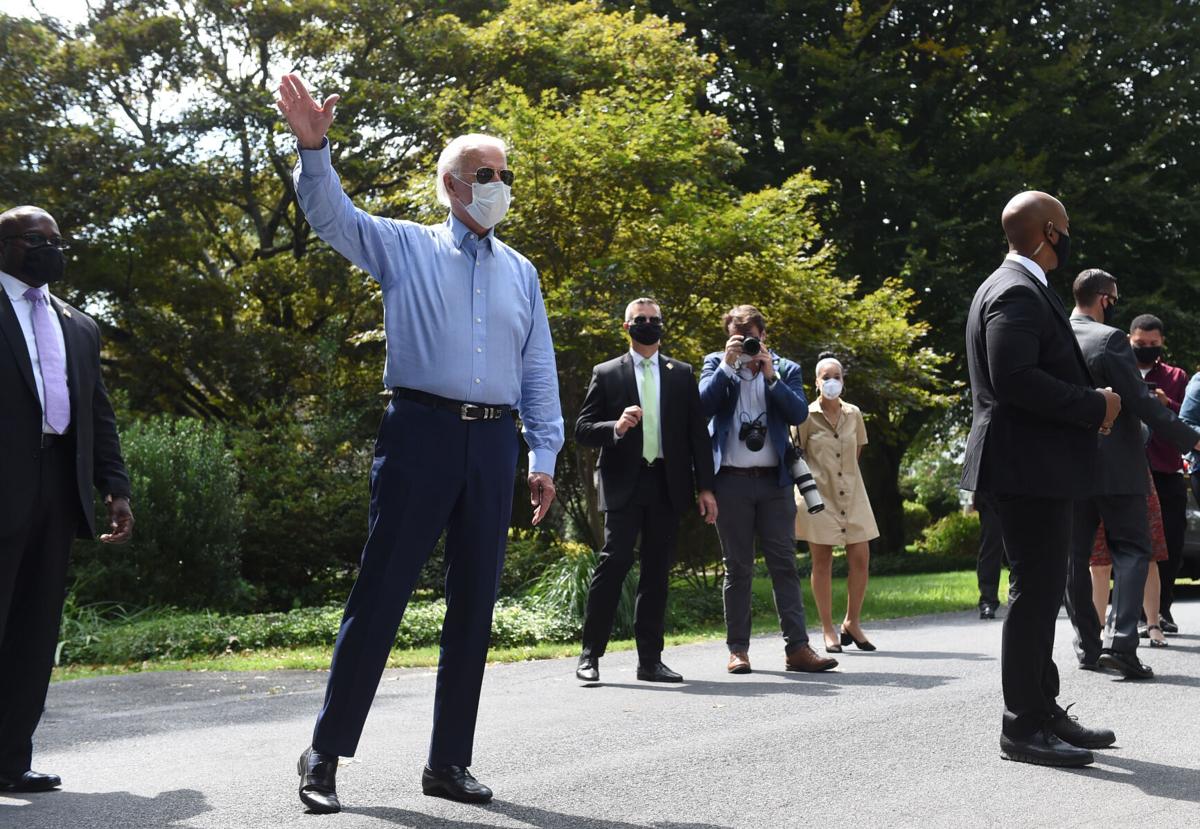 Former Vice President Joe Biden meets with the crowd after the visit to a home in Lancaster Township to discuss with the union members about workforce in Pennsylvania.

Every four years, the presidential race is billed by the candidates, polls and pundits as the most important in our lifetimes. Not surprisingly, this year’s race between Donald Trump, the Republican incumbent, and Democrat Joe Biden is again being touted as such.

“Every four years we hear the ‘most important election,’ but in 2020 it might be true,” said Charlie Gerow, a Harrisburg-based GOP consultant and a self-described “enthusiastic Trumper.”

But there were elections in the 20th and 19th centuries that may continue to eclipse Biden versus Trump in historical importance, analysts say. They include the explosive politics of 1968, the first Great Depression election in 1932, and the years leading to Abraham Lincoln’s election in 1860.

This year’s race, coming in the midst of a global pandemic, certainly feels unprecedented, marked by a raucous first debate, TV airwaves saturated with attack ads, and sharp differences over handling and responding to COVID-19.

And Pennsylvania has been ground zero for months, with both candidates making repeated campaign stops in hopes of winning the state’s 20 electoral votes.

The top issues of the campaign vary by state and region, said Jack Treadway, former chairman of the political science department at Kutztown State University. While natural gas “fracking” in the Marcellus shale deposits is a big issue in Pennsylvania, Treadway said, it’s not in Wisconsin, another battleground state.

But overriding regional issues are ones that cut across the nation: how quickly the economy reopens, access to affordable health care, combating climate change, reforming law enforcement and battling institutional racism, as well as reassessing how government responds to violence in the streets.

Christopher Borick, a political science professor at Muhlenberg College in Allentown, is fully aware of how each election takes on huge importance in the moment. But he says today’s voters should understand how past elections — known to us only through history books, movies or grandparents and aging relatives — may have been equally important.

To demonstrate that perspective to his students, Borick brings up Franklin D. Roosevelt’s win in 1932 over Herbert Hoover. With the country hammered by the Great Depression, Roosevelt, promising an activist agenda, won in a landslide, going on to launch the New Deal economic recovery program in 1933.

That was an election with “generational impacts on American politics,” Borick said.

Another generational event was the 1968 election of Republican Richard Nixon over Democrat Hubert Humphrey, Borick said.

“Our cities were literally burning in 1968,” said Berwood Yost, director of the Center for Opinion Research at Franklin & Marshall College.

Preceding that election were race riots in Los Angeles in 1965 and Newark and Detroit in 1967. But perhaps the biggest tone-setting factor was the Vietnam War. Long before voters headed to the polls, the nation was stunned by the Tet Offensive in January 1968. North Vietnam launched surprise attacks against more than 100 cities and military bases, including the South Vietnamese Capital of Saigon.

Following the assassination of Martin Luther King, Jr. in April of that year, riots engulfed more than 100 cities. The assassination in June of Robert Kennedy, a leading anti-war senator and presidential candidate, rocked the nation. Massive anti-war protests in Chicago disrupted the Democratic National Convention, where thousands of baton-wielding Chicago cops clashed with protesters.

In that sense, 2020 has something in common with 1968. Protests and riots have flared this year after the recorded death of George Floyd, a 46-year-old Black man, as he was pinned to the street by three white Minneapolis police officers — one with a knee on his neck — for eight minutes and 46 seconds. Still, the protests over the past five months have not matched the level and intensity of the clashes that spanned the 1960s.

“I would say that the urban conflagration now is probably 1/20th what it was in the 1960s,” said former Pennsylvania House Speaker Bill DeWeese, 70, who served as a Marine Corps officer stationed in the Philippines during the Vietnam War.

DeWeese, a history buff, pointed to the presidency of James Buchanan (1857-61), a Lancaster County politician who was the only Pennsylvania-born president. Buchanan served as the nation was hurtling toward open rebellion by southern states. It was the era of “Bleeding Kansas” — open violence ignited by the debate over whether Kansas would become a slave or free state. The 1857 Dred Scott decision by the Supreme Court held that Black people who escaped slavery by fleeing to northern states did not enjoy rights as citizens and could be sent back to their enslavers.

Buchanan has been criticized by historians for not taking a stronger stand against the Southern states. The result of the political chaos over slavery and Buchanan’s inaction led to the 1860 election of Lincoln, which is widely viewed as a catalyst for the war that followed.

Whether or not Biden versus Trump is the most important election of our lifetime, “everything about it,” Borick said, “suggests it will be big.”

Emotions run high among supporters on both sides, and every twist and turn has been magnified by cable TV, social media and an endless supply of partisan internet sites. Imagine if 24-hour news coverage existed when radical abolitionist John Brown carried out his raid on Harpers Ferry in 1859, hoping to ignite a great slave rebellion.

“It is the most concerning election in my lifetime as I’ve watched the rise in divisiveness, anger and vilification of those who disagree — even to the point of violence and threats of violence — if the election goes ‘the wrong way,’ ” said the Rev. Sandra Strauss, director of advocacy and ecumenical outreach for the Pennsylvania Council of Churches.

Still, as intense as this 2020 national election feels, it is worth looking at how it compares to other volatile periods in history, said Treadway, author of a book on state elections.

“We really don’t do enough to put these races into historical context,” he said.

That’s an important thing to keep in mind as the election reaches its climax this week: Without perspective and context, today’s events may be inflated beyond their importance. Or just as likely, the import of 2020’s results may become clear only to historians of the future.

“Every four years we hear the ‘most important election,’ but in 2020 it might be true."

Republican advantage continues to shrink in Lancaster County, down from 2016 Presidential Election

Too busy celebrating Halloween weekend to login to LancasterOnline? We got you covered.

Here's where you can get 2020 Lancaster County election results

More in 2020 election: What Lancaster County should know before upcoming local and national election (4 of 19)