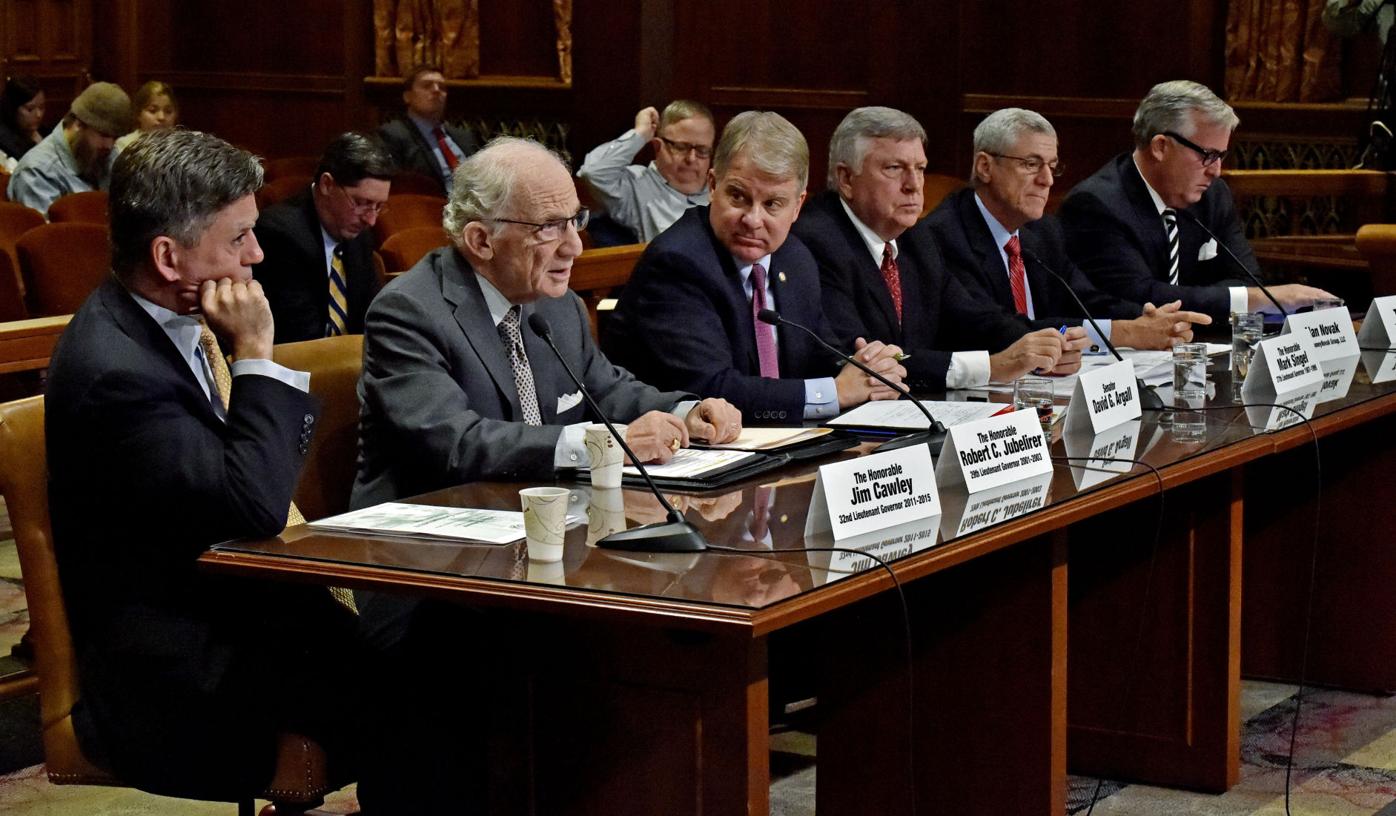 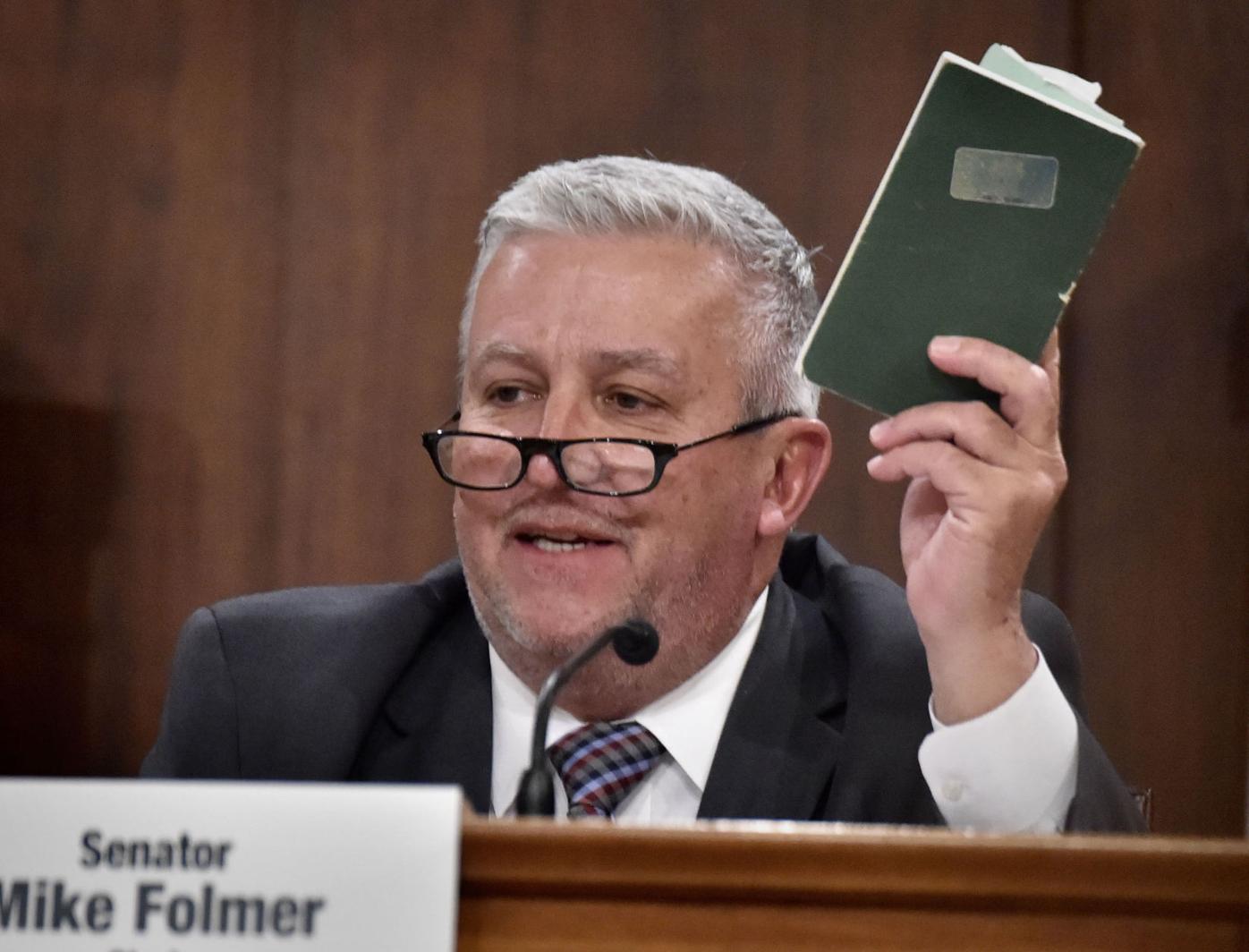 Senator Mike Folmer holds up a copy of the Pennsylvania Constitution as he comments during a Senate State Government Committee pulic hearing on Senate Bill 761 Tuesday November 14, 2017. 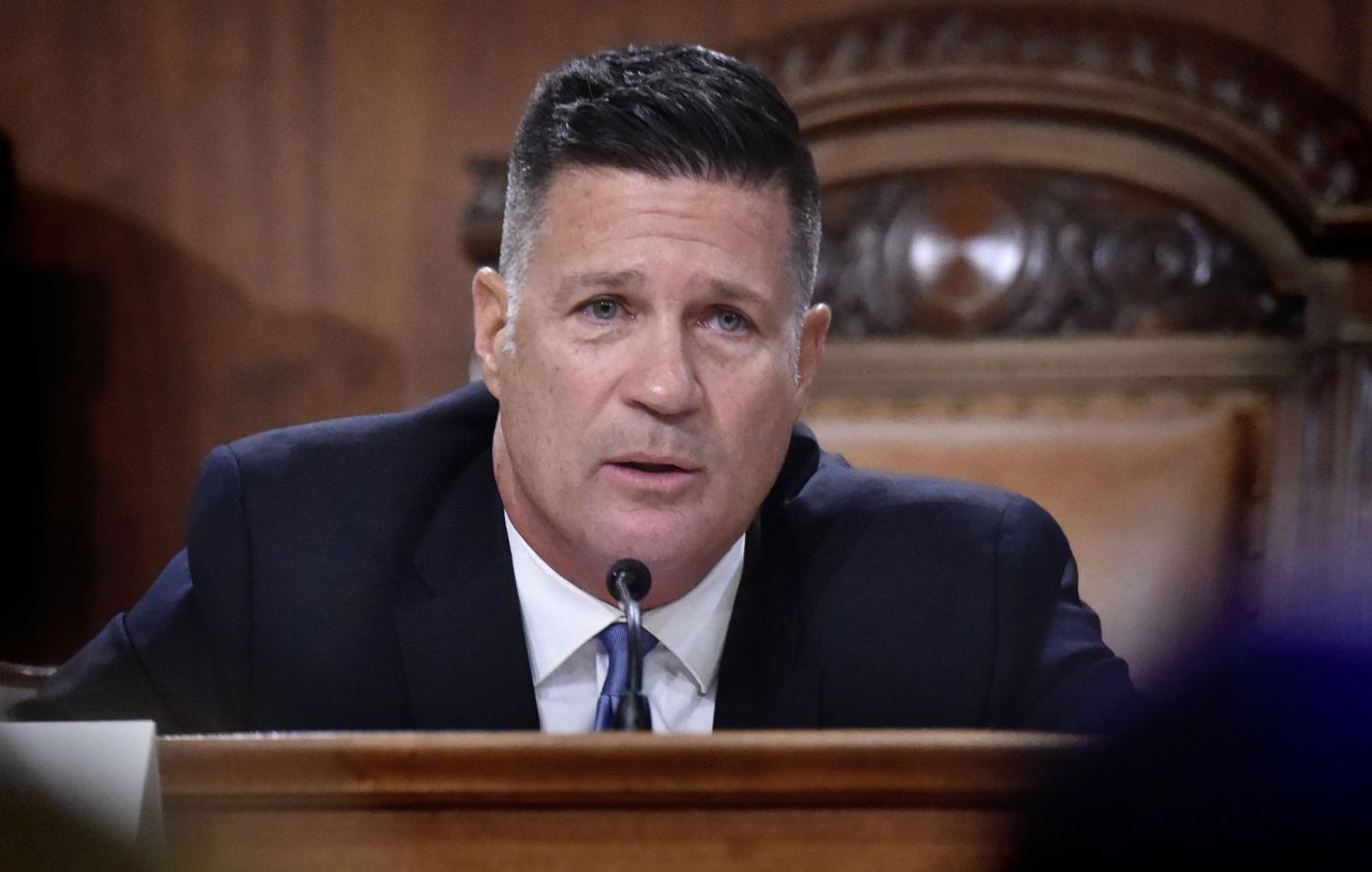 Senator Mike Folmer holds up a copy of the Pennsylvania Constitution as he comments during a Senate State Government Committee pulic hearing on Senate Bill 761 Tuesday November 14, 2017.

The investigation into Lt. Gov. Mike Stack for his alleged abuse of state resources may be building momentum for changing how lieutenant governors are elected in Pennsylvania.

The governor and his number two are currently something akin to an arranged marriage. They are chosen separately in primaries by their party's voters before becoming a team in the general election.

Under a bill from state Sen. David Argall, R-Schuylkill County, the process would change, but not in time for next year’s election.

“The time has come to correct this aberration of electing these two people independently and hoping the best in what amounts to a shotgun marriage," said former Lt. Gov. Mark Singel, who served under the late Gov. Robert P. Casey from 1987 to 1995.

“As history has shown us, sometimes teams become true partners and sometimes they don't," Cawley said. “Do I think that in the end there a greater likelihood of a cohesion under this proposal? Certainly. But just like everything else there are no guarantees."

Lancaster County's state Sens. Ryan Aument, R-Landisville, and Scott Martin, R-Martic Township, also support the legislation, titled Senate Bill 761. As a constitutional amendment, it would require the Legislature to pass the bill in two consecutive sessions and then voters would need to approve it in a statewide referendum.

Argall introduced it in the spring after revelations that Stack, a Philadelphia Democrat, was under investigation by the Office of Inspector General for allegedly mistreating his state-funded mansion staff and police detail.

A House committee is also looking into Stack's grocery bills after The Caucus, a publication of LNP Media Group, reported that Stack spent $30,000 on groceries since taking office in 2015.

Gov. Tom Wolf has repeatedly declined to say whether he will make the inspector general's report public or if he will endorse Stack in the lieutenant governor's race next year.

Three Democrats have already said they will challenge Stack if he chooses to run again. They are former 16th Congressional District candidate Aryanna Berringer, Chester County Commissioner Kathi Cozzone and Braddock Mayor John Fetterman, who ran for the Democratic nomination for U.S. Senate in 2016 and announced his latest bid Tuesday morning.

On the Republican side, Jeff Bartos is running on an unofficial ticket with gubernatorial candidate state Sen. Scott Wagner. Also considering a run for the GOP nomination is former state Rep. Gordon Denlinger, of Caernarvon Township, who represented the 99th Legislative District for six terms.

Denlinger said Tuesday he was about to send a "letter of interest" to the state Republican Party and would make a final decision in early December.

HARRISBURG — The controversy over Lt. Gov. Mike Stack’s treatment of his mansion staff and s…

Lancaster County Commissioner Craig Lehman has jumped into a crowded and growing field of Democrats who are hoping to unseat embattled Lt. Gov…

House Speaker Mike Turzai is pitching himself as a “reformer with results.”

Gordon Denlinger, a conservative Republican who spent a dozen years representing part of Lancaster County in the state House, will seek his pa…