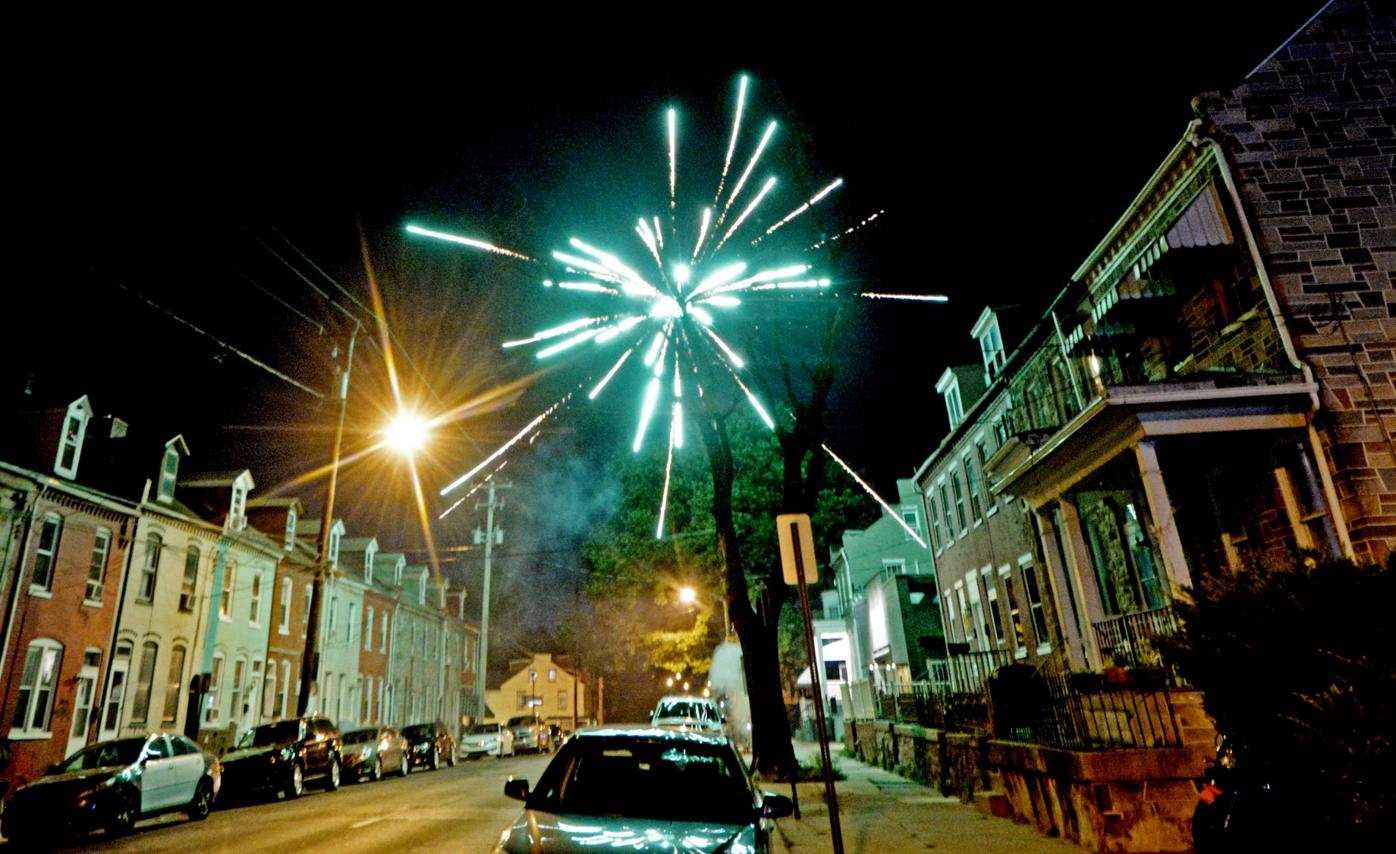 Fireworks are being launched from the sidewalk in the 400 block of South Prince Street Sunday, July 5, 2020. 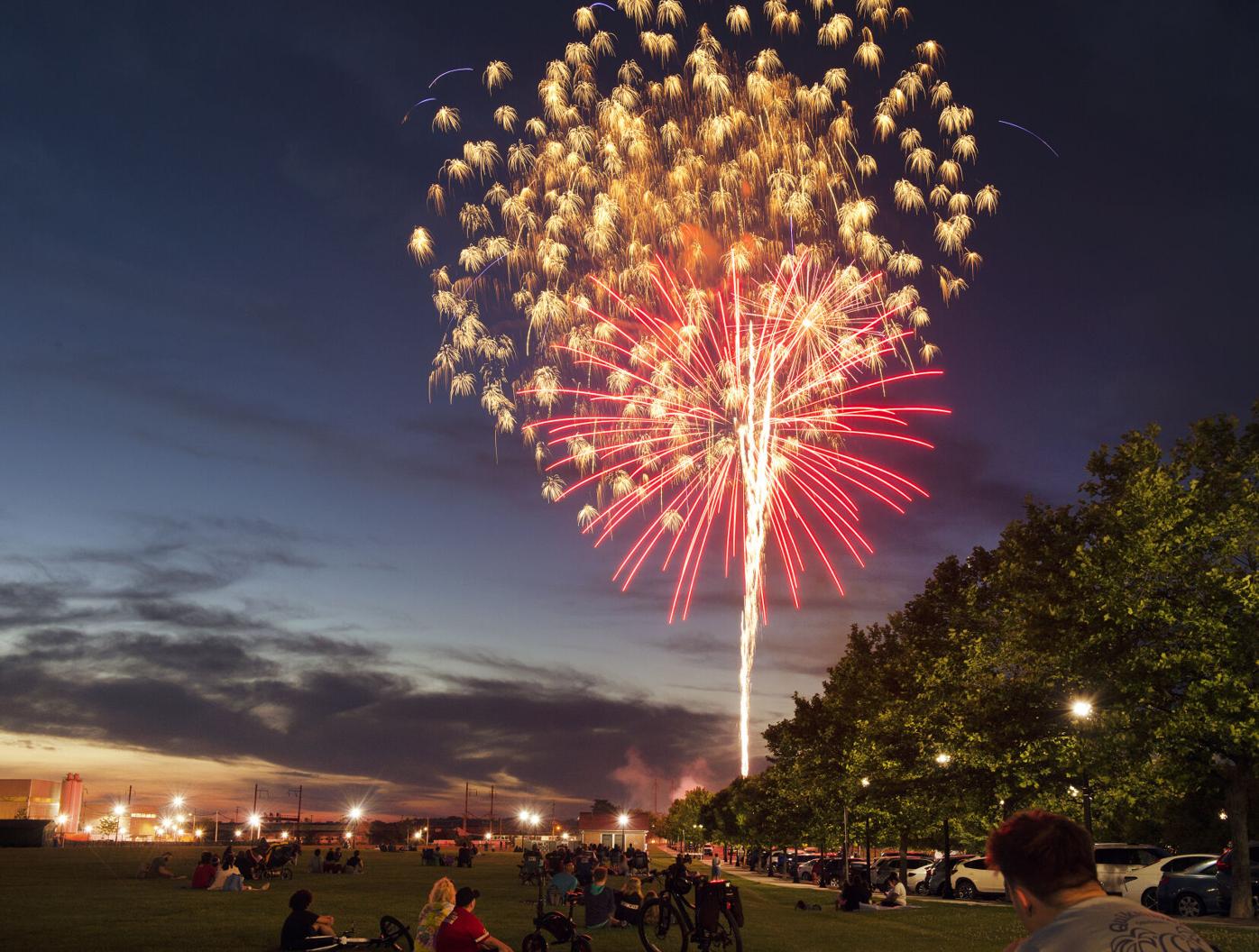 Let's stick to professional fireworks displays, like this one during Celebrate Lancaster, an annual celebration of the city’s vibrant culture and diversity, on  Friday, June 25, 2021.

Fireworks are being launched from the sidewalk in the 400 block of South Prince Street Sunday, July 5, 2020.

Let's stick to professional fireworks displays, like this one during Celebrate Lancaster, an annual celebration of the city’s vibrant culture and diversity, on  Friday, June 25, 2021.

For people and pets sensitive to loud noises, the summer months -- especially the weeks around July 4 -- are a dreaded time. And police are hearing about it.

In 2020, the Lancaster Bureau of Police received more than 450 complaints from the public about fireworks. A year later, complaints are coming in again, with city police receiving 39 in the month of June alone.

The problem is so bad that Lancaster city is again warning residents it has a “no tolerance” policy against illegal use of fireworks, Chief John Bey said.

Until a few years ago, it was illegal for Pennsylvanians to buy most fireworks, with retailers focusing on sales to out-of-state residents. When the law was changed in 2017, it included some restrictions on exactly where and when fireworks can be set off: It’s illegal to ignite them within 150 feet of any structure or on any public or private property without permission from local authorities. This leaves very few places in the city where people could safely ignite fireworks.

The law lays out penalties that local authorities, like Lancaster’s police bureau, can impose for violations: “A person using consumer fireworks in violation of the provisions of this article commits a summary offense and, upon conviction, shall be punished by a fine of not more than $100.”

For those who dread fireworks, the question is why did the state loosen its restrictions on them in recent years? Is it about the money? After all, it seems like every underused parking lot in the county features a tent or stand where all manner of pyrotechnics can be bought.

Yes, the state imposes a hefty tax on the sale of fireworks — 12%. But the revenue it produces for the entire state doesn’t add up to much, even though the amount nearly doubled in the just last two years,  according to the Department of Revenue.

Sales taxes on fireworks brought in more than $14.4 million in the fiscal year that ended on June 3 — a drop in the bucket given the state’s annual budget totals $40 billion. Just a small portion of that tax revenue trickles down to first responders, split between different emergency services grant programs and training efforts as stipulated under the 2017 law.

“None of that new revenue will come to cities like Lancaster, but residents have to deal with the noise and the risk of fire and injury that come with the nightly use of these fireworks,” Sorace said.

Bey and Sorace both support repealing the 2017 law to ban commercial fireworks usage and purchase in the state.

“The dangers that these fireworks present far outweigh any revenue the state gained from them,” Bey said. “It’s really just putting our communities at risk. ... It’s not worth it if some child is struck by one of those roman candles or someone loses a home or a whole city block burns down. It’s just not worth it.”

The increase in firework complaints seems to be confined to Lancaster city, the county’s most populated municipality.

Police chiefs responsible for other parts of Lancaster County said they received steady numbers of firework complaints in the last few years. For example, East Hempfield Township Police Chief Stephen Skiles said his agency received the biggest increase in fireworks complaints in 2018, totaling 65. In 2020, the department had 53. So far in 2021, they’ve had only 10.

Elizabethtown Borough has only received three complaints so far in 2021, but Chief Ed Cunningham said he continues to emphasize safety when talking with the public about fireworks. He said residents should be mindful of how fireworks can harm their neighbors and pets.

“There are many in our community who have served in the military and who still carry with them the memories from their service,” Cunningham said in an email. “Fireworks are especially problematic for those members of our communities who are living with [post-traumatic stress disorder] and who are still sensitive to those loud explosions.”

Cunningham, who has four dogs, said most dogs are also sensitive to the loud, unexpected bangs and sulfuric smells from fireworks. His department also gets reports of runaway dogs each year during the popular firework months, “as they try to get away and hide from the terrifying loud noises and horrible smell,” he said.

Back in the city, Chief Bey had this advice: “Leave fireworks to the professionals. Enjoy the firework [shows] with your family and friends, and then call it a night.”

City residents with firework complaints are encouraged to call the police bureau’s non-emergency number at 717-664-1180.

10 Fourth of July events in Lancaster County, from fireworks displays to a demolition derby

Chris Kreider isn’t related to the Kreider family that owns the farm that is easy to see from his backyard.

Ahead of the July 4th holiday, Lancaster officials announced a zero-tolerance policy for improper fireworks usage.