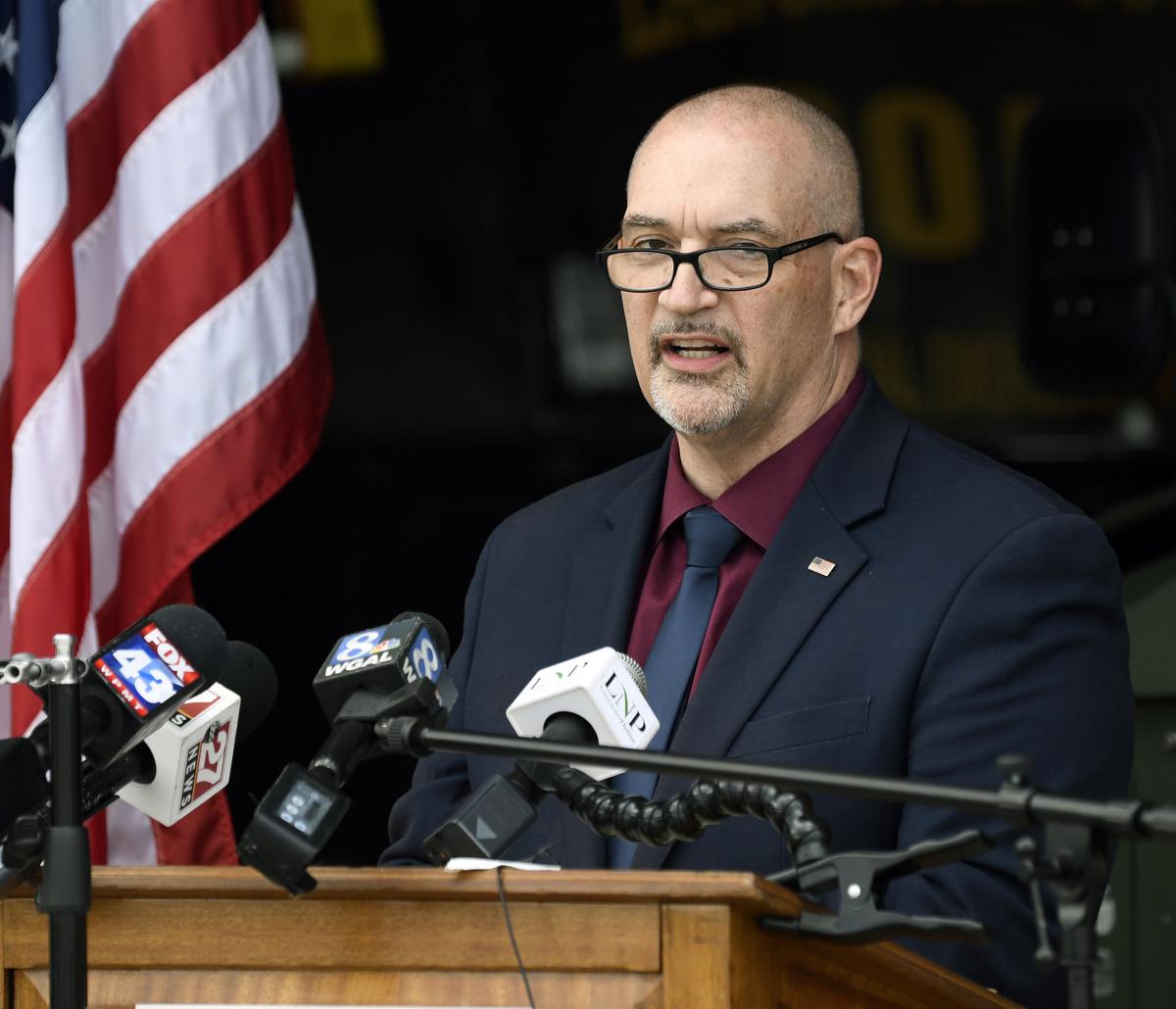 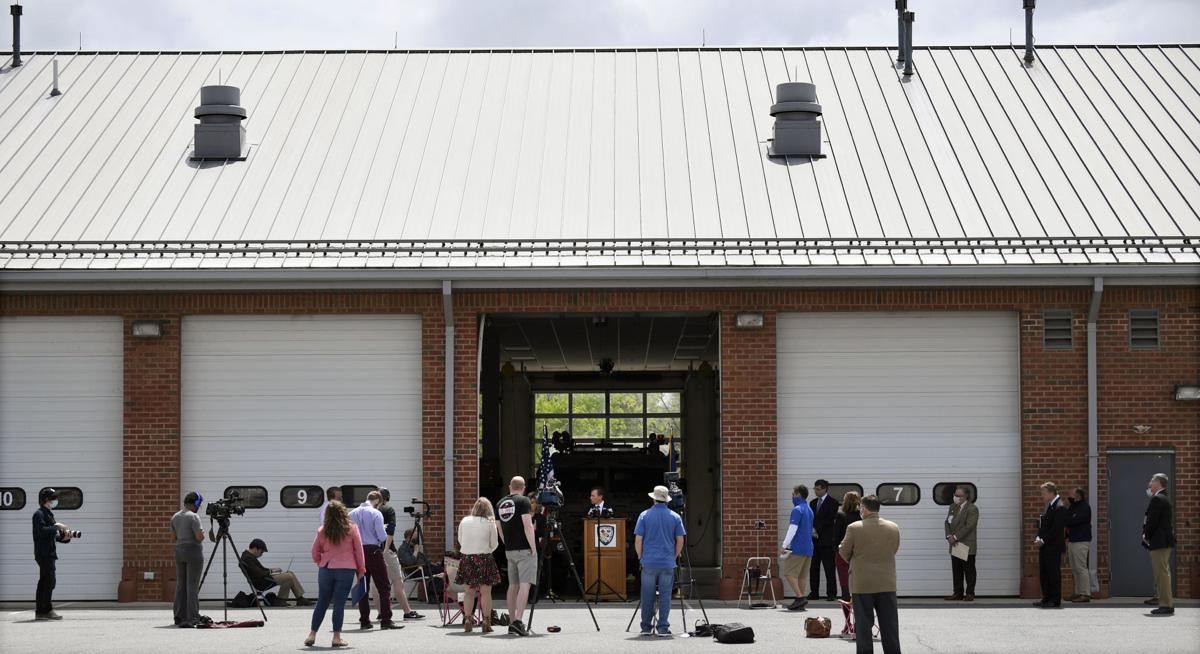 COVID-19 news conference at the Lancaster County Public Safety Training Center near Salunga on May 21, 2020. 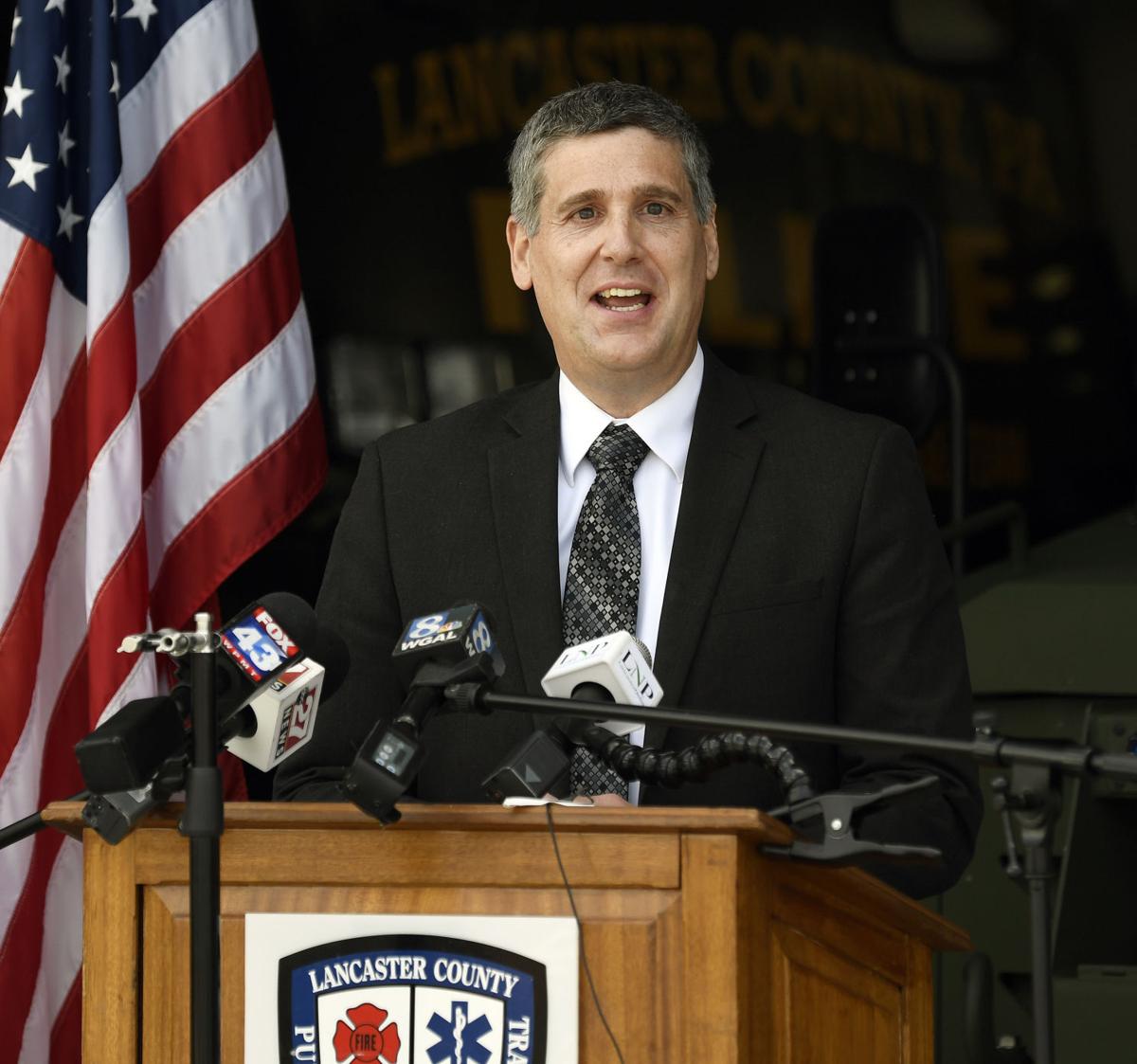 Denver Mayor Rod Redcay speaks during the weekly COVID-19 news conference at the Lancaster County Public Safety Training Center near Salunga on May 21, 2020. 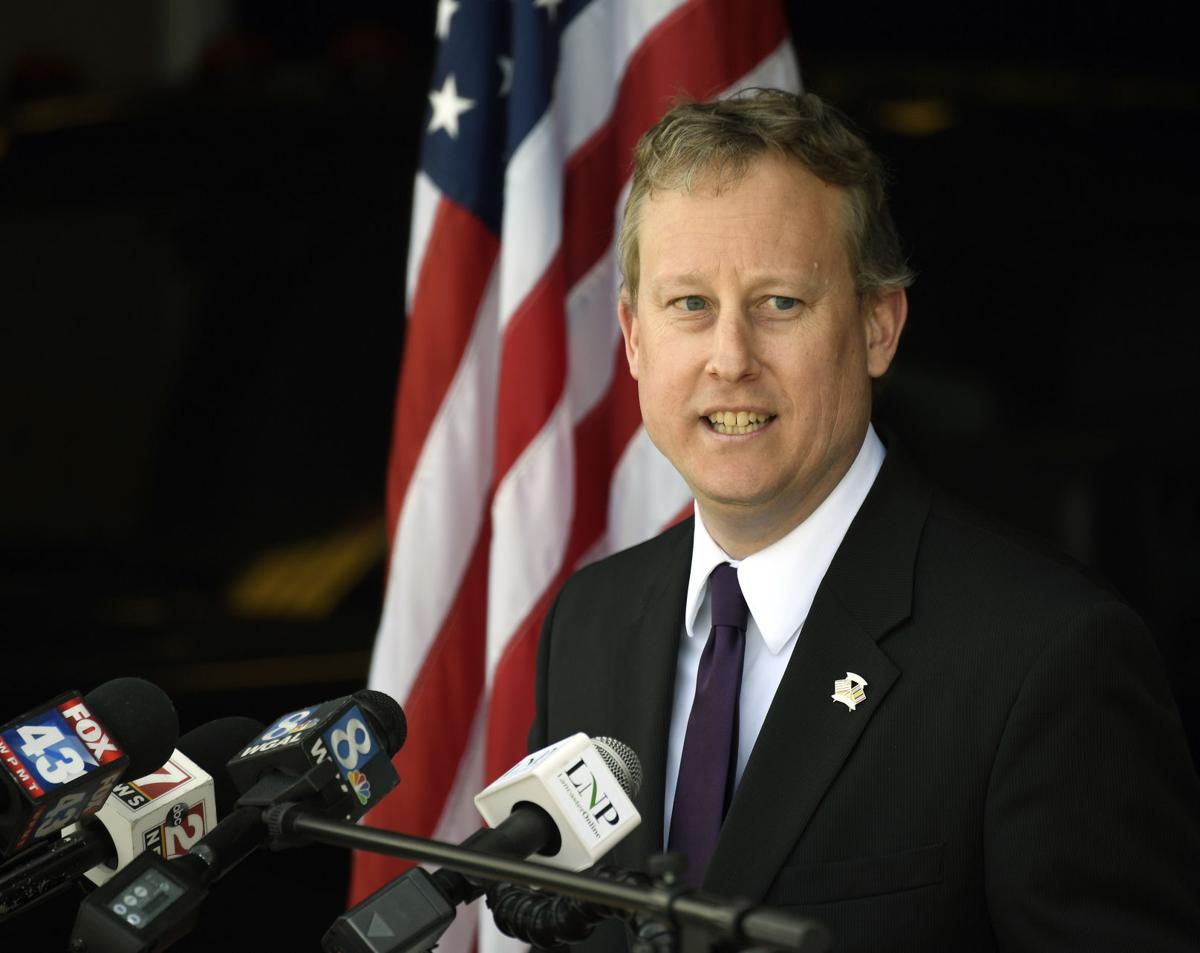 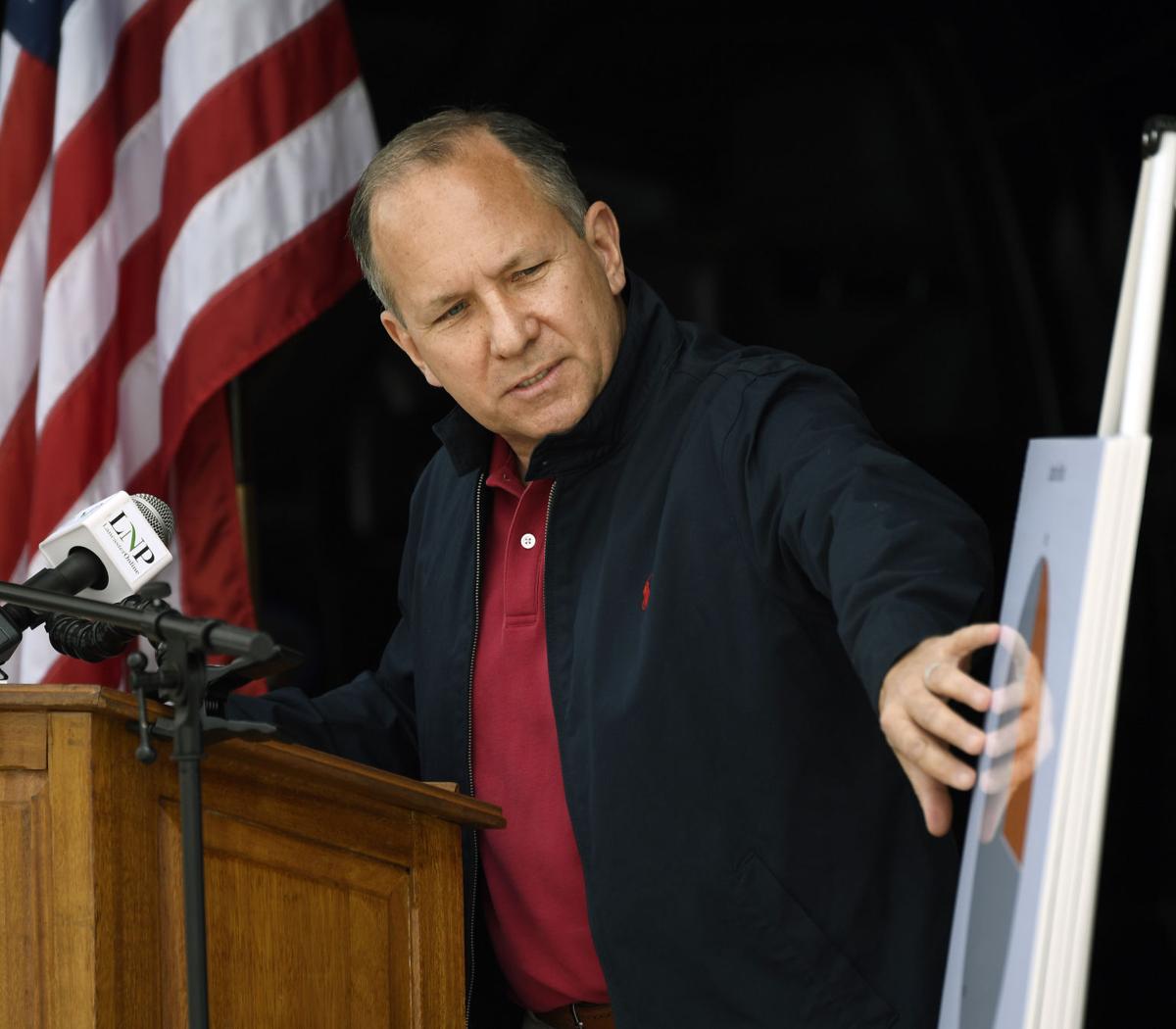 U.S. Rep Lloyd Smucker, R-Pa., points to a chart during the weekly COVID-19 news conference at the Lancaster County Public Safety Training Center near Salunga on May 21, 2020. 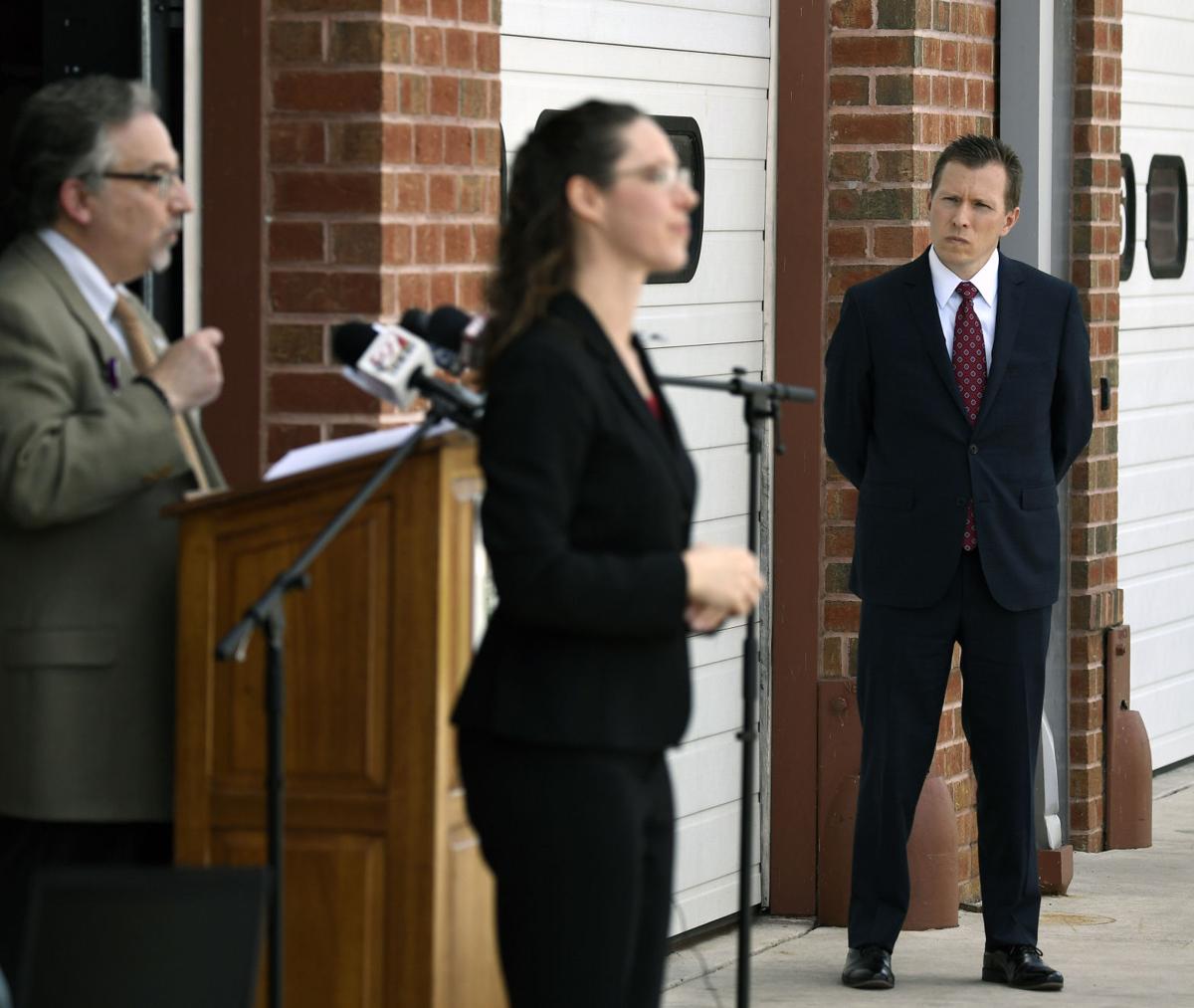 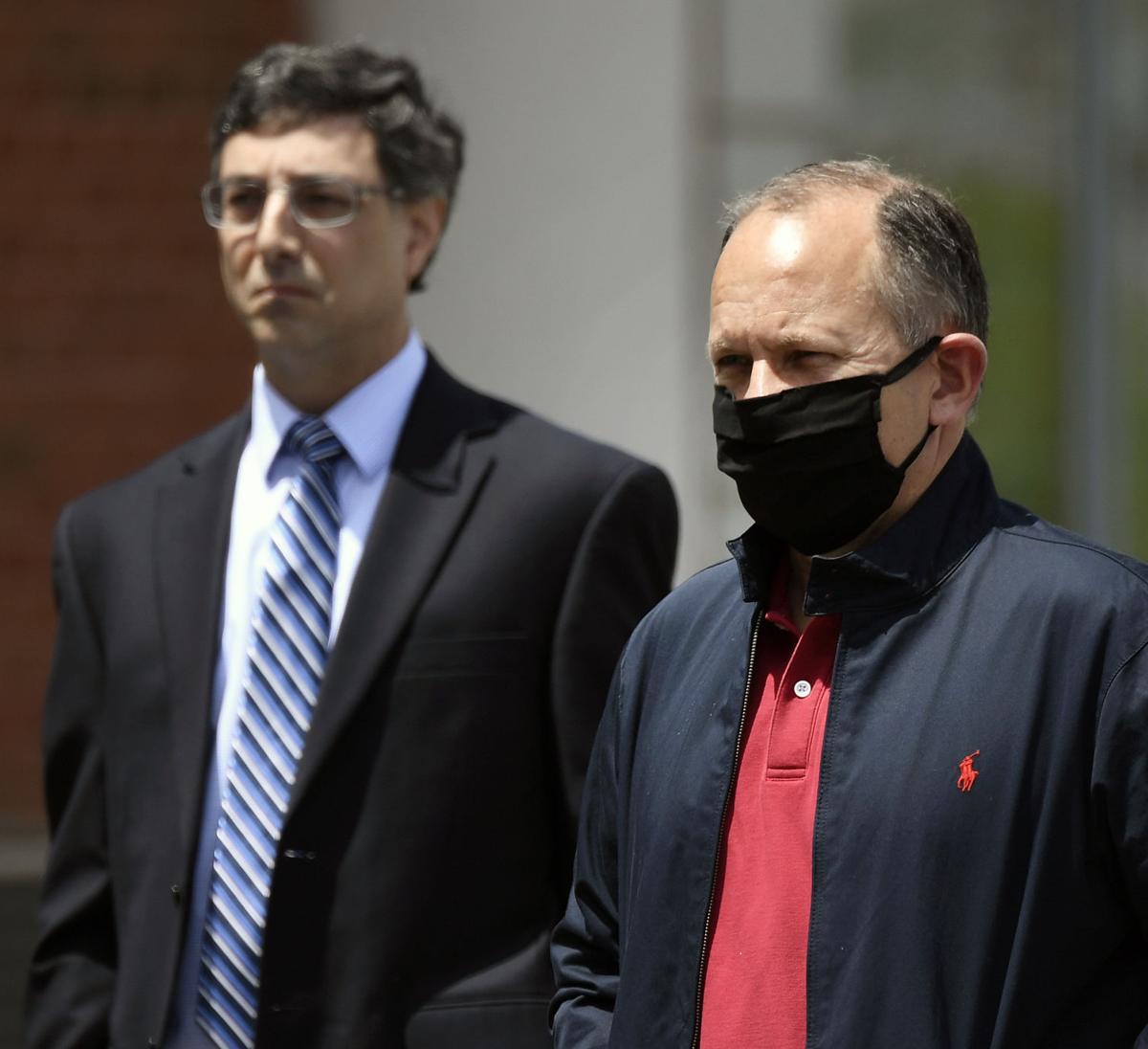 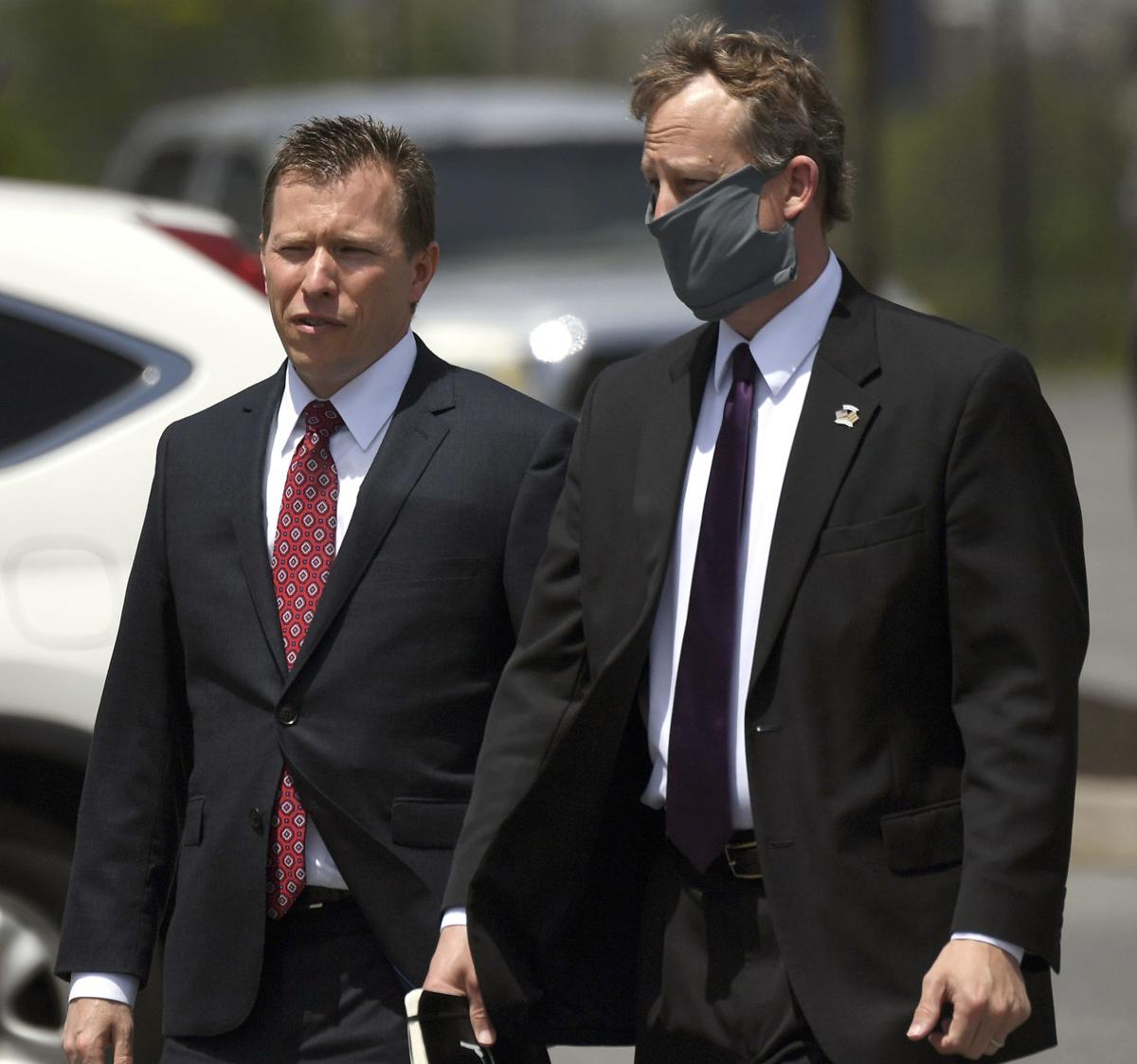 Lancaster County’s lone Democratic commissioner has asked Gov. Tom Wolf to partially open up the county Friday, a move to the yellow phase that the majority Republican commissioners sought a week ago.

Commissioner Craig Lehman said at a news conference Thursday that he sent a letter to Pennsylvania’s Democratic governor saying he believes Lancaster County “is now prepared and ready to move from red to yellow.”

In addition, he said, the leaders of the county’s three hospitals have not raised public health objections to moving to yellow because they have the capacity to treat every COVID-19 patient needing inpatient care.

“If Lancaster County is on the new list of counties to move from red to yellow (on Friday), it does not mean that everyone can throw caution to the wind and abandon the current public health mitigation practices,” Lehman said.

“It means that those practices will become even more important, not just for protecting others, but also to help us defend against slipping back to the red phase,” he said.

In his letter to the governor, Lehman says he recently “spoke passionately in opposition to Lancaster County moving from red to yellow on May 15.” He said the move was partisan and the county government “has no legal authority” to make the move.

Read the letter that Lehman sent to Governor Wolf about reopening

In a letter to Wolf sent on Mother’s Day, 13 Republican federal, state and county elected officials wrote the county was moving to the yellow phase on May 15. Only a handful of businesses have reopened since then.

Lehman last week called the action by the GOP leaders “illegal,” an assertion he made again Thursday.

Meanwhile, Wolf responded with by a stern rebuke against any counties and businesses that planned to reopen without state approval, calling it a “cowardly act” in the war against the new coronavirus.

He warned that counties that open ahead of the state’s schedule could lose federal stimulus money. Businesses that open early could also lose their licenses, he said.

The county has been in the red phase since March 27 while 49 of the Pennsylvania’s 67 counties are in the yellow phase as of Friday.

“Over a week ago, it was critical that we open businesses,” U.S. Rep. Lloyd Smucker said at the new conference outside the Lancaster County Public Safety Training Center. “We could safely have done so, and that remains true today.”

One of the 13 signers of the GOP’s letter on Mother’s Day, Smucker said that as the health impact of the virus locally has been less than models predicted, “we have not responded quickly enough to mitigate the economic disaster that is unfolding.”

Using a chart to make his point, Smucker said the lockdown “impacts those on the lowest economic scale and minorities in a disproportionate way.”

County commissioner Josh Parsons said the county has no role in making sure individuals, businesses and organizations abide by public health guidelines to combat COVID-19.

“This is about voluntary agreement by the people, that we’re all in this together,” Parsons said. “And if you lose that by losing the goodwill of the people, then you have nothing. And that’s the problem with what the governor has done.”

Memorial Day weekend during a pandemic: What to expect in Lancaster and beyond

Lancaster County weighs in: Should the county move to the yellow phase and start to reopen? [letters to the editor]

Seven Ferraris — one of them the model made famous in “Miami Vice.” Three Rolls-Royces — one owned by late actor Tony Curtis. Two Bentleys. A …

Pa. is mixing coronavirus test results, and that could distort our view of the disease

Gov. Tom Wolf will move Lancaster County, as well as the rest of Pennsylvania, into the yellow phase of the state's reopening plan on Friday, …

All Pa. counties will be in ‘yellow’ coronavirus reopening phase by June 5 under Wolf administration plan: sources

Lancaster County on Friday launched a monumental, $42 million public health initiative to test as many as 830 people a day for COVID-19 and to…

Next Friday, Lancaster and nine other eastern Pennsylvania counties will become the state’s last jurisdictions officially moved from “red” to …