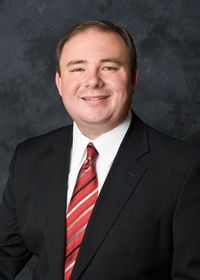 The District: This district is made up mostly of rural parts of Chester County, with fewer than 2,000 voters living in Lancaster County. Republicans in the district’s Lancaster County section outnumber Democrats by approximately 2:1. This is a safe Republican district.

1. Why are you running? What is your pitch to voters?

Serving as state representative for the greater Octorara area is very humbling and a great honor. As a lifelong resident of our community, I bring a commonsense, reform-minded approach toward governing. Leading by example, I declined the ridiculous perks previous legislators granted themselves, turning down a taxpayer-funded pension, state car, per-diems, etc.

Locally, my office has helped thousands of folks who are struggling with government services, including issues with PennDOT and Pennsylvania’s broken unemployment compensation system. I’m also working to halt any proposed sale of Chester Water Authority, which owns and manages the Octoraro reservoir.

In Harrisburg, I have been a leading voice for our struggling dairy farmers. I wrote HB 1224, which passed the House unanimously and is close to final passage in the Senate. This bill will bring greater clarity to state-mandated milk premiums and ensure these monies actually get paid to the Pennsylvania dairy farmer.

I sincerely appreciate the opportunity to serve, and would be grateful for your vote so that I may continue to advocate for our community in the Capitol.

2. What are your priorities to help the state recover from the economic and human toll the coronavirus pandemic has taken?

COVID-19 is a serious illness that deserves serious attention, and the effects of the COVID-19 pandemic will be felt for years. I have heard from hundreds of folks who are very concerned about how the state has handled this situation, from the business shutdowns to the plan to get kids back to school.

I am working to get Pennsylvania reopened safely so people can get back to work and school with proper protections. I am also working to make sure Pennsylvania has proper COVID-19 testing plans in place — in my opinion, testing is key to moving forward.

You’ve probably heard there is a lot of arguing in Harrisburg about how to proceed. I am taking a different approach; since we do not have time for arguing, we need to act. I sat down with folks from both sides of the aisle to write and pass a new law to expand coronavirus test reporting — a law that passed the Legislature almost unanimously. I also introduced legislation to create a panel of medical doctors with specialized knowledge on infectious diseases to give fact-based, scientifically accurate information on COVID-19 to state policymakers — this bill also passed the House with broad bipartisan support.

3. Can you briefly describe what you would do to address what residents have told us are the issues they are most concerned about: health care, the state budget and school property taxes? Given the 200-word limit, you may choose to respond to a single topic instead of all three.

The state budget faces serious fiscal challenges. During my time in office, I have been a leading advocate for financial responsibility, less state debt and government reform. I introduced legislation to reform how the state issues debt, forcing faster repayment of principal. This law, Act 43 of 2019, passed the House and the Senate unanimously and will save the Pennsylvania taxpayer $1 billion over 20 years.

School taxes are the number one issue facing seniors and homeowners in our community. Property taxes have accelerated in recent years because of the need to properly fund the state teachers pension system, known as PSERS. While teachers have always paid every dime they were required to contribute, PSERS is underfunded due to incredibly poor decisions made by both Republican and Democrat legislators during the Ridge and Rendell administrations. I voted yes to reform the pension system for new hires, and have consistently voted yes to properly fund state payments to PSERS. Properly funding PSERS is critical, as it relates to school tax rates.

I was also a yes vote on the Property Tax Elimination Act, known as House Bill 76, although this legislation has not advanced to the governor’s desk.

4. Surveys show that partisanship is increasing and people of different political views are growing less trustworthy of one another. How will you seek to build bridges to voters who don’t support you or share your views?

Both parties have contributed to the toxic partisan environment we see in Washington and Harrisburg, and it seems many elected officials are only interested in shouting or arguing. That has never been my approach. My job is to represent all of the residents of our community, whether they voted for me or not.

I am very interested in what people think, regardless of their political party. I believe the best way to learn what people are concerned about is to ask them, and be ready to listen. During my time in office, I’ve held over 60 town hall meetings to hear directly from folks about the issues that matter to them, and to answer questions about state government.

In the Capitol, I’ve sought to work with folks from both sides of the aisle whenever possible. Almost all of my legislation in Harrisburg has passed the House with broad bipartisan support.

Did not respond to the questionnaire.

More in 2020 election: What Lancaster County should know before upcoming local and national election (14 of 19)