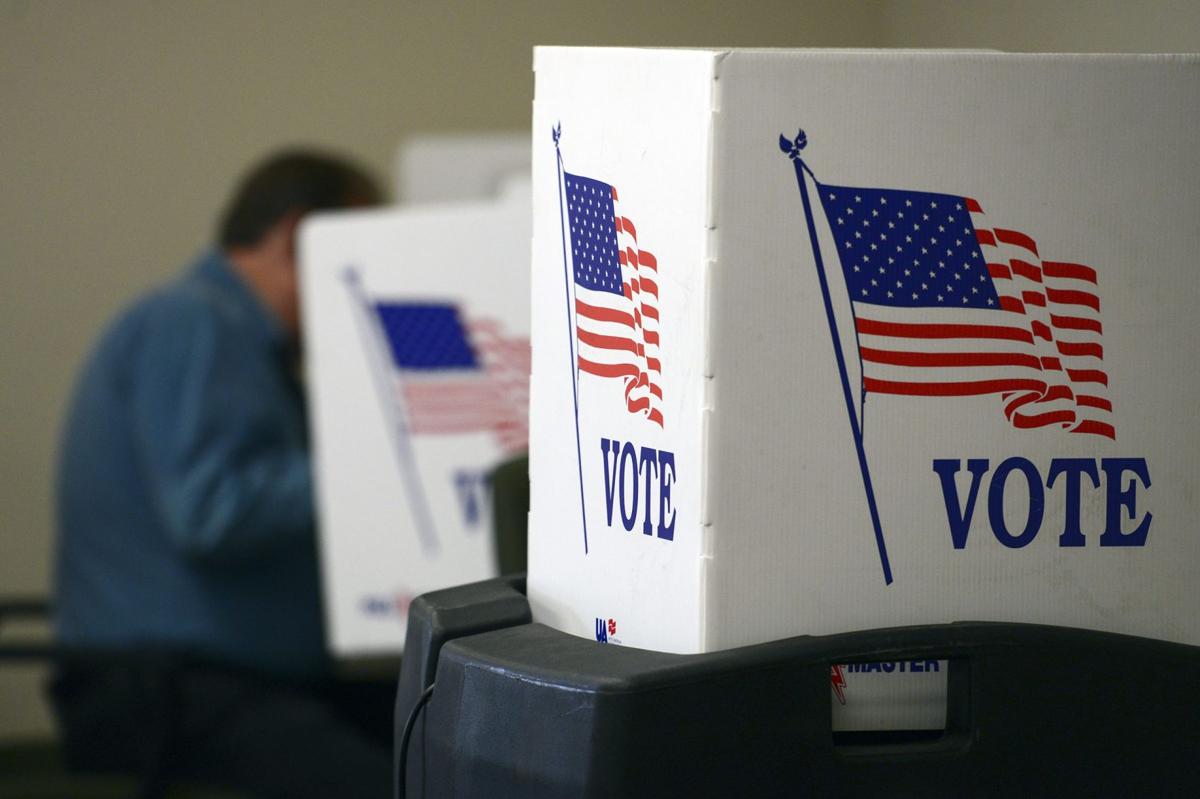 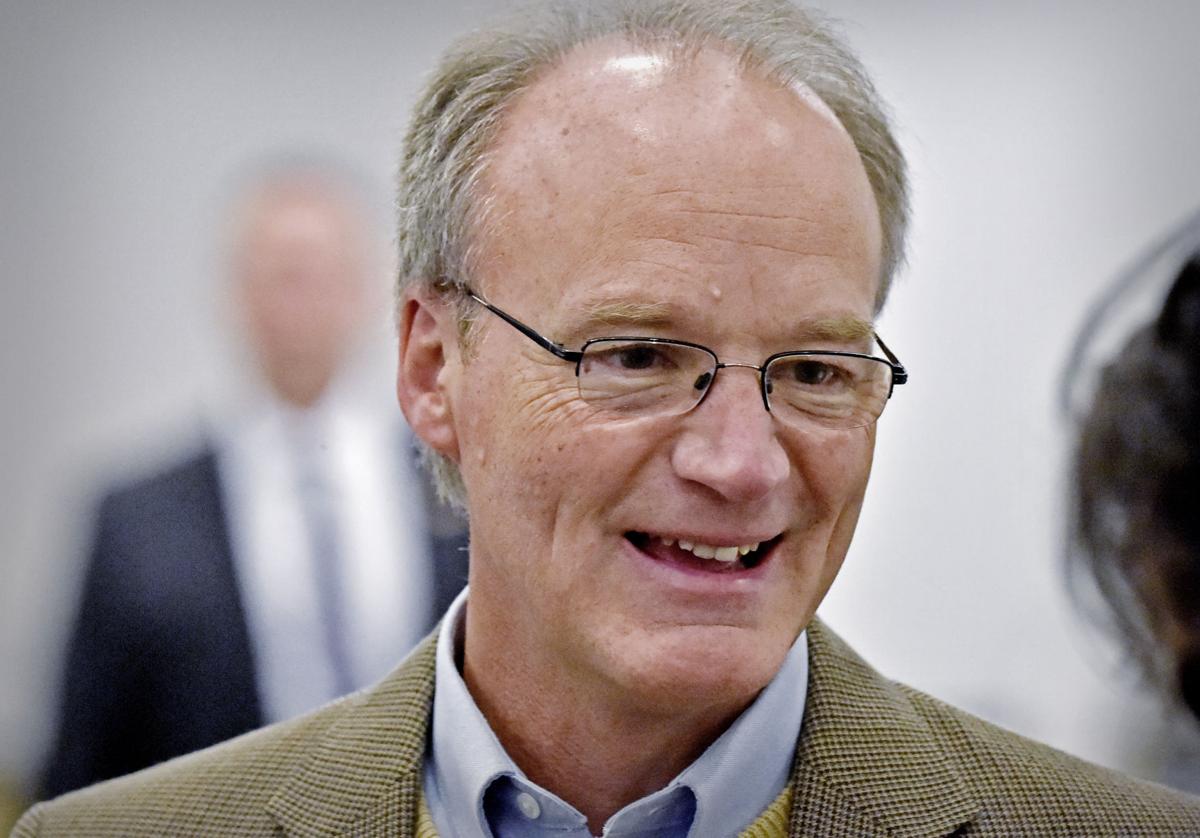 Representative Brett Miller was on hand for the Public Officials Day luncheon in the PA Preferred Banquet Hall at the Pennsylvania Farm Show January 10, 2018. 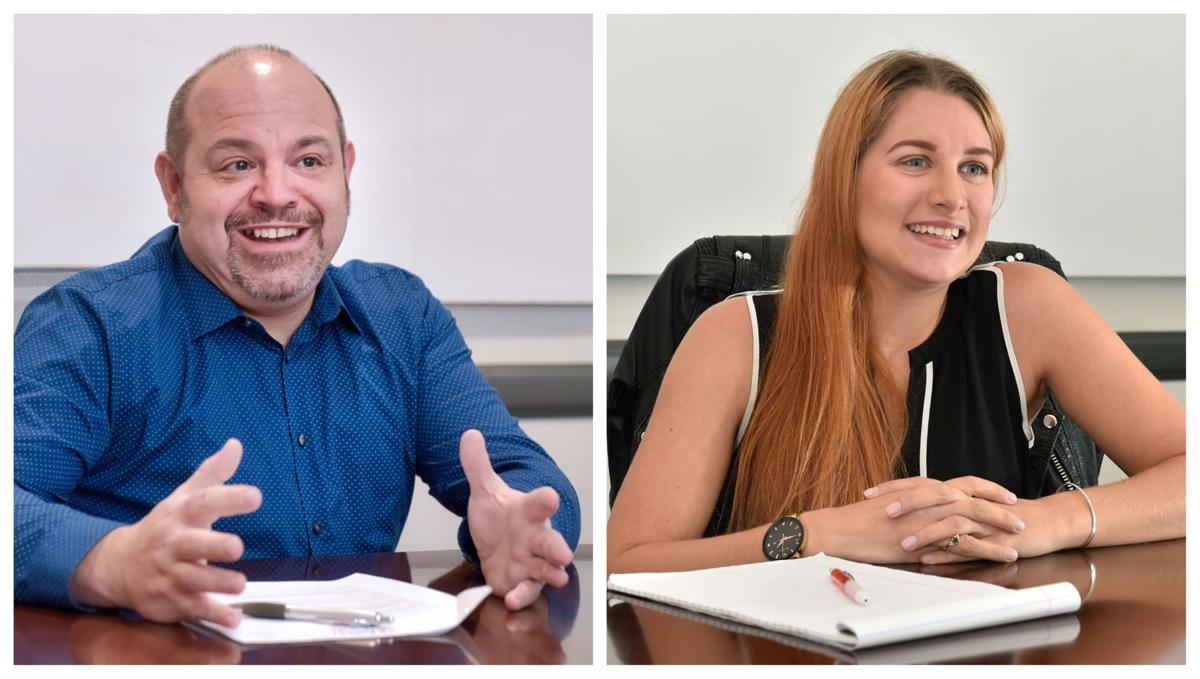 Paul Daigle and Sarah Hammond are both running for the 11th district Congress seat, which includes southern York County and all of Lancaster County. 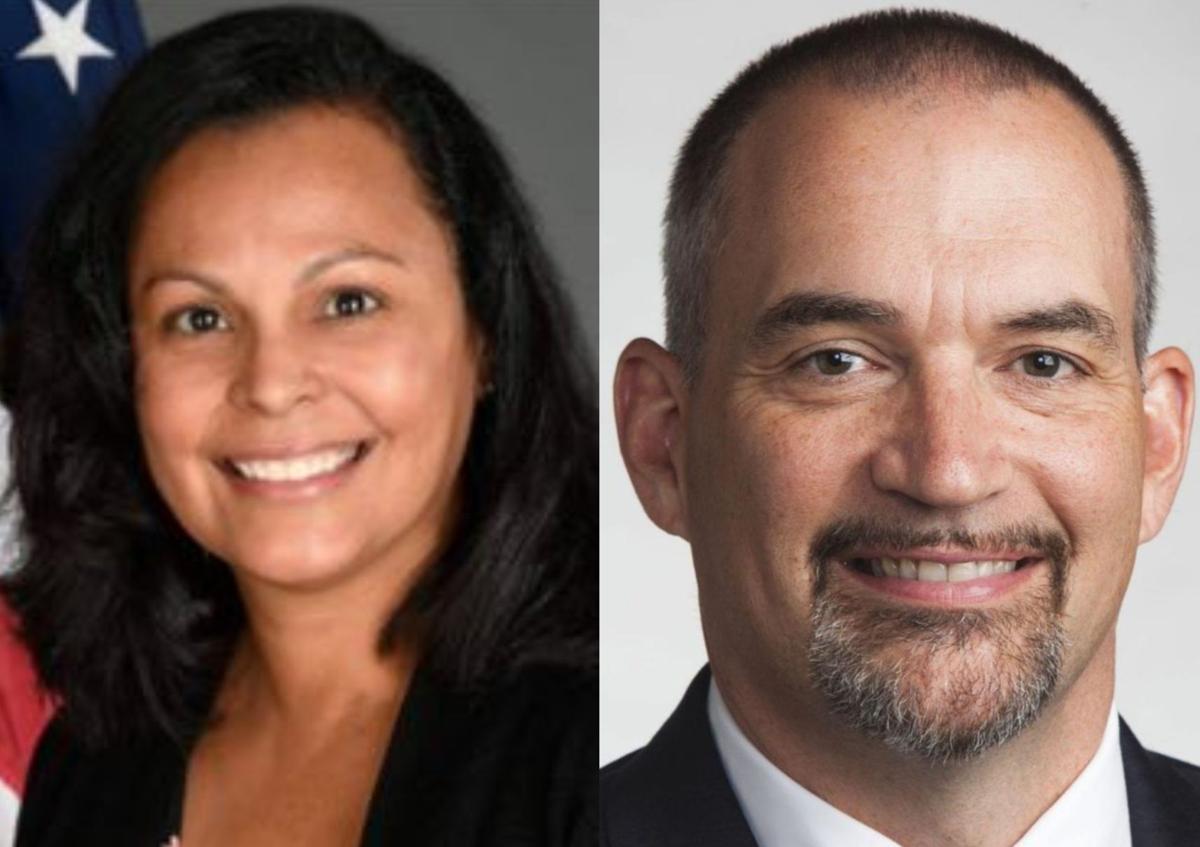 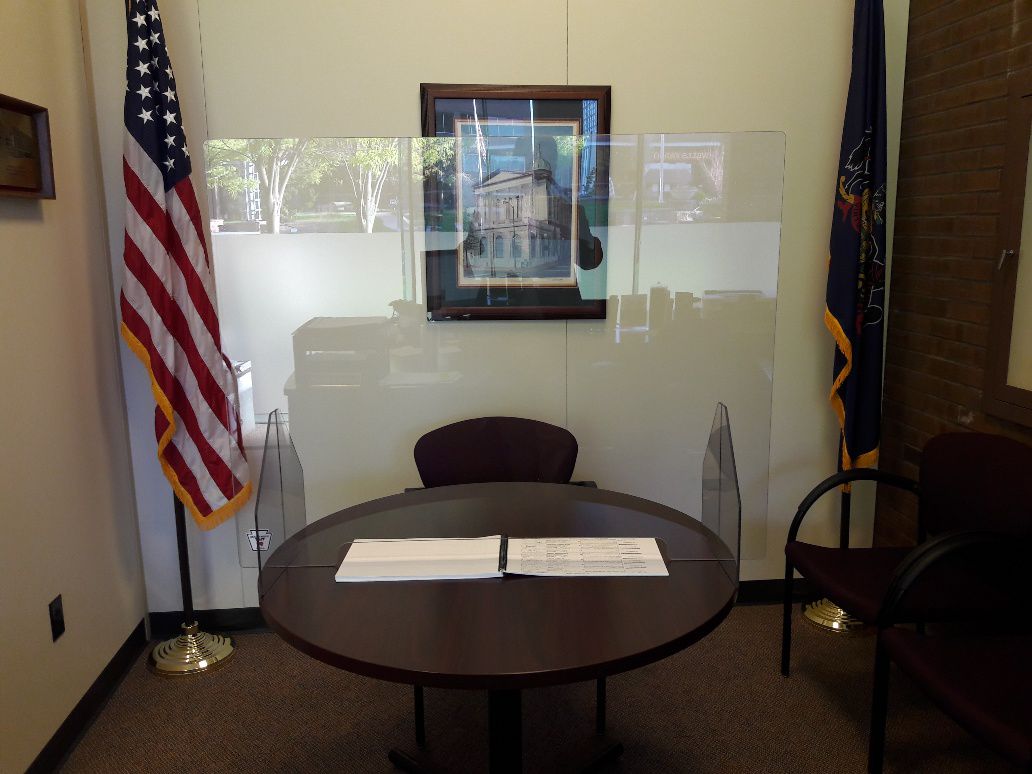 This plexiglass shield from Tait Manufacturing will help Lancaster County poll workers and voters stay safe while exercising their right to vote.

This year, voting will look a little different.

Pennsylvania's primaries are set for June 2 after being pushed back a few weeks due to the coronavirus pandemic.

Lancaster County is still in the red phase of Gov. Tom Wolf's reopening plan, though the county is slated to move to the yellow phase starting June 5.

Here's what you need to know about the upcoming primary election, from FAQs to races to watch.

What positions are on the ballot?

Registered Democratic and Republican voters will elect their parties’ nominees for:

- Delegate and alternate delegate to national conventions (Democratic and Republican).

Who can vote in a primary election?

Because this state has a closed primary, only voters registered as Democrats or Republicans can vote for the party nominees. However, every registered voter may vote on any referendum or question on the ballot.

In Lancaster County, there is a ballot question in Akron Borough on allowing the sale of liquor in the borough.

Primary election: Get ready to cast your vote during a pandemic

When are mail-in ballots due?

The county is still “red”; can I vote in person?

State and local officials have taken precautions to ensure public safety. Gov. Tom Wolf’s administration has said it will be providing some personal protective equipment for poll workers, and Lancaster County also has acquired equipment such as masks and hand sanitizer for workers.

The county recently bought Plexiglas barriers for all voting precincts. Randall Wenger, director of elections for Lancaster County, said hand sanitizer will be available for public use at polling stations.

The board of elections is encouraging in-person voters to maintain social distancing, bring their own pens and wear masks.

Where do I vote?

What if I have problems voting?

If you have problems at your polling place, call the Lancaster County Elections Office at 717-299-8293. You also can stop by the Elections Office at 150 N. Queen St., Suite 117. That’s the former Armstrong building at Queen and Chestnut streets. If you’d like to report a voting problem to LNP, call politics reporter Gillian McGoldrick at 717-481-6029. If you’re on Twitter, tweet voting problems or issues using #Lancaster-Votes. Voters also can call the Pennsylvania Department of State’s hotline: 877-VOTESPA (877-868-3772).

Where can I find results?

The results will start filtering into the Lancaster County Elections Office a short time after the polls close at 8 p.m. Check LancasterOnline for live coverage and breaking news throughout the day and evening.

However, due to the large amount of mail-in ballots, final results may not be available until days after the Tuesday election.

What are the voting hours?

You won't know who won the election on Election Day. Here's why. [video]

Brad Witmer, who previously attempted to run for the 41st state House District seat in 2018 and former U.S. Rep. Joe Pitts’ seat in 2016, is challenging Miller for a second time in the hopes of representing the Penn Manor and Hempfield school district areas in the state House.

Miller has represented the district since 2015. He previously served as an East Hempfield township supervisor and as a public school guidance counselor for 26 years, according to his campaign website. He’s spent his time in the legislature focusing on pension reform and fiscal responsibility, he said.

Miller received the endorsement from the Republican Committee of Lancaster County. During the January endorsement convention, no one in the party nominated Witmer to be considered for an endorsement.

After the greatest organizing and fundraising efforts for a Lancaster County Democrat still fell short in 2018 by 18% points, candidates looking to challenge Republican U.S. Rep. Lloyd Smucker in November asked themselves: Who will pick up where Jess King left off?

The two candidates trying to make their case that they’re best fit to do so are Paul Daigle, 44, the student employment supervisor at Franklin & Marshall College; and Sarah Hammond, 27, a field hockey coach at Hanover Senior High School.

Daigle said he was motivated to run after he saw that King and other popular county Democrats declined to join the race for the congressional seat to represent Lancaster and southern York counties. He had other concerns about Hammond's electability, he added.

Daigle and Hammond differ on a few policies; Hammond supports abolishing the U.S. Immigration and Customs Enforcement agency, while Daigle thinks such a move would alienate Democrats and Republicans. Hammond is pro-choice and Daigle is pro-life (but abides by King's language, saying that abortion should be "safe, legal and rare."). Both candidates support Medicare for All and the Green New Deal.

Lehman has been a county commissioner for 13 years, and previously a state House of Representatives budget analyst for 15 years. Diaz has been involved in state politics since 2015, and began her first term in city council in 2018.

“We need representation,” Diaz said. “We need a woman Latina, which has never been elected [to state Senate] in the history of Pennsylvania.”

Diaz is a health care worker at Lancaster General Health who documents the care of stroke patients. Because of her 18 years in the medical field, she said she supports innovative solutions other states have used to improve their health care systems and that those changes are necessary in Pennsylvania.

“I’m not afraid to speak out. I’m not afraid, if I have concerns within my own party, I have no problem standing up for the folks I represent and I hope that’s what folks see when they look at my [platform],” Lehman said.

Here is a full listing of local races detailed by political affiliation and current occupation.

Pennsylvania is sitting on billions in coronavirus relief money. What’s the hold up?

Want to be sure your mail-in ballot gets counted in Tuesday's primary? Don’t mail it, drive it in

Will Pennsylvania's primary be the wake up call needed for the November election?

Hundreds of thousands of voters have mailed in their primary ballots across Pennsylvania, flooding county elections offices.

It may be one month later than expected, but Primary Day is here.

Editor's note: This story will be updated throughout the day. Check back for the latest information.

Some voters across Lancaster County are having trouble scanning their ballots, due to barcode errors when they attempt to scan, said Randall W…

Mail-in ballots are being counted; here is where to get real-time primary results

Polls opened at 7 a.m. Tuesday morning for the primary election in Lancaster County.

With in-person balloting counted in a majority of Lancaster County precincts Tuesday night and more than 50,000 mail-in votes remaining to be …

Lancaster County 2020 voting update: here is how many mail-in ballots have been counted

As mail-in ballots for Tuesday’s primary election continue to be counted, LNP | LancasterOnline has requested that Lancaster County Board of E…