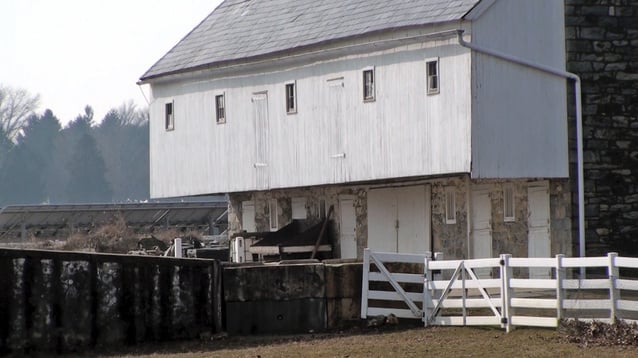 This barn in East Lampeter Township was used in the filming of Amish Mafia and will be part of a tour focusing on claims made in the show. (Blaine Shahan / Staff) 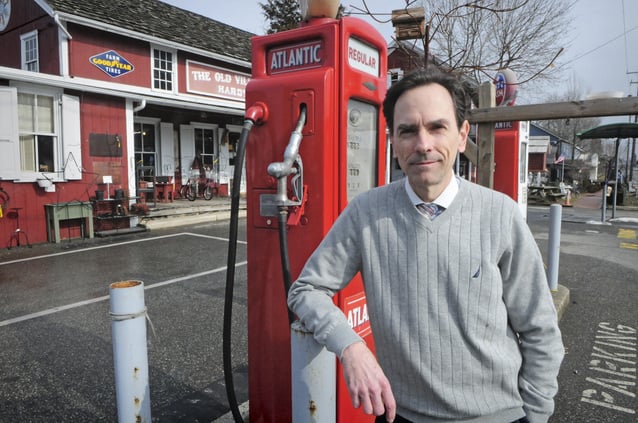 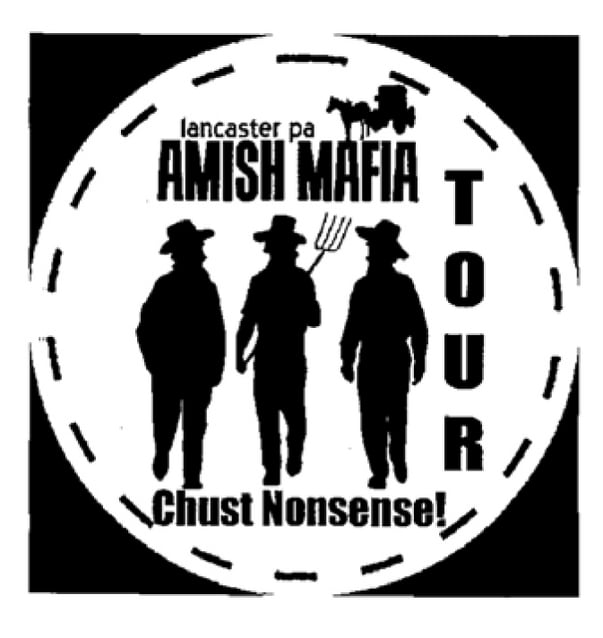 This barn in East Lampeter Township was used in the filming of Amish Mafia and will be part of a tour focusing on claims made in the show. (Blaine Shahan / Staff)

Local author and historian Brad Igou is sure the hit television show "Amish Mafia" is a farce - and he's willing to prove it.

The "Amish Mafia Tour" will reveal filming locations and debunk specific claims made on the "reality" series.

Most area residents - Amish and English - seem to have opinions about Discovery's portrayal of a Lancaster County-based gang of violent Plain-sect protectors.

Igou said he hopes his tour, to be unveiled in April, will set the record straight. He gave a preview this week of his stance on the show and some features of the upcoming attraction.

But little explanation was needed after seeing the tour's playful slogan:

Igou, a reputable author on Amish culture, says he dissected more than 75 statements from the show, which recently wrapped its first season to many rave reviews. (Filming for season two is ongoing.)

The tour, expected to open April 1, will visit filming locations and an Amish elder while a guide explains Hollywood's fascination with the culture.

The tour will stop at Silverstone Inn & Suites in East Lampeter Township, where many "home" shots were filmed, and at a store in Bird-in-Hand, also the subject of filming.

"We think a lot of people curious because they saw 'Amish Mafia' will probably come here," Igou predicted. "We can use that curiosity."

Residents this week and last have noticed the show's characters and camera crews across the county.

"We observed the characters being filmed here," New Holland police Lt. Jonathan Heisse said, confirming a crew was at a vacant apartment building at Grant Street and Brimmer Avenue and at New Holland Sales Stables.

Igou and other tour contributors expect the attraction to mimic the show's success.

"We are a business, and not doing it just because," Igou said candidly. "We think it will be pretty successful."

"We're quite happy to make fun of the show and have a little fun," he said, noting the show's production team contributed nothing to the tour's conception.

As for its origins, Igou said, not everyone was on board from the start.

"It was not a huge hit at first," he said of initial conversations with other executives of The Amish Experience.

But Igou said he insisted because so many people were asking questions and several local Amish residents were offended.

"Should we just roll over and pretend it's not happening?" Igou said of his initial reactions.

What Igou and several local Amish folks found particularly offensive about the show was its mention of the attack at West Nickel Mines School in 2006. Five Amish girls were killed and five others seriously wounded when an English neighbor seized the single-room school and opened fire.

The show refers to that event as an example of Amish vulnerability and their need for protection from "outsiders." Amish rarely summon police, the show claimed.

"(The reference to) Nickel Mines was probably most offensive," Igou said. "The Amish reaction (to the shootings) was exactly the opposite."

There was no thirst for revenge and outrage against English people, Igou said. Amish from the Nickel Mines community expressed forgiveness to the shooter's family almost immediately.

Other show "myths" expected to be challenged on the tour:

*Amish never hold a pitchfork upside down because it signifies the devil.

*Amish only use push mowers.

*Amish believe that females won't go to Heaven if they die while not wearing prayer coverings.

Igou said he introduced the tour two weeks ago with a blast email to numerous travel/tourism groups.