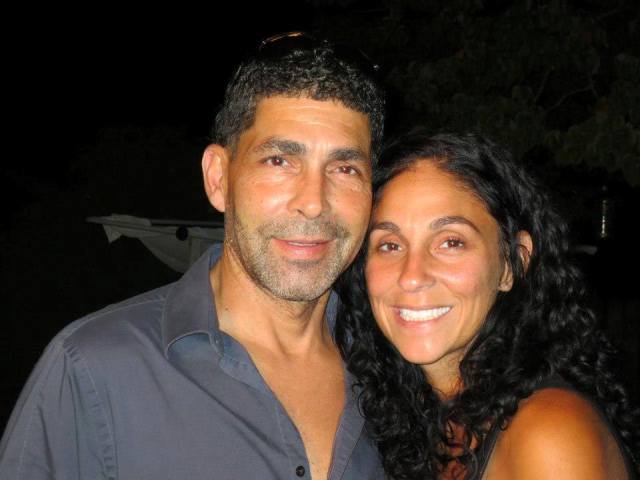 Cheryl Alvarez, right, with her father, Wilson Rodriguez, before his incarceration. 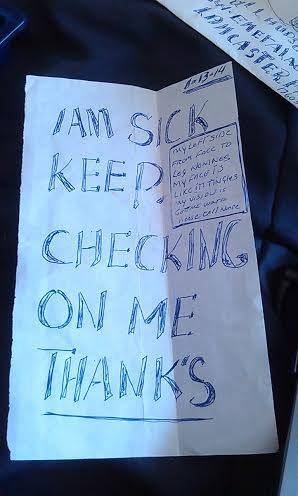 A note written by Wilson Rodriguez and tossed from his cell which was then delivered to his daughter.

Cheryl Alvarez, right, with her father, Wilson Rodriguez, before his incarceration.

A note written by Wilson Rodriguez and tossed from his cell which was then delivered to his daughter.

Friday was the day Cheryl Alvarez had been waiting for.

After six weeks, her father, Wilson Rodriguez, was being released from the Lancaster County Prison’s “restricted housing unit” or RHU — basically, solitary confinement — and moved to another part of the jail.

For Alvarez, who since late December had been begging prison officials to make the move, and staging protests outside the jail when they refused, it amounted to vindication.

But she worries that her dad won’t be the last person with mental illness to be stuck in the part of the prison inmates call “the hole.”

Rodriguez, who earlier this month pleaded guilty to theft by deception and impersonating a public official, likes to tell people he is a cop. He’s not; his family says he’s delusional and a compulsive liar. But prison officials worried other inmates might believe him and go after him. As a result, and because he’d been cited for misconduct his daughter believes related to his mental condition, he wound up in the same part of the prison where dangerous, incorrigible inmates are sent.

It may be stark — but it’s not unusual. Mental health advocates say it’s common for prisoners with mental illness to be stuck in solitary confinement. A federal investigation of a state prison in western Pennsylvania last year concluded that jail relied on solitary confinement as a way of “warehousing” mentally ill prisoners.

The state is making some changes, but Nathan Riedy, president of the prison reform group Justice & Mercy says jails, like Lancaster’s, often lack the resources to do anything but “warehouse” the mentally ill.

“The fact is, we don’t have adequate mental health care for people in prison or adequate facilities and policies to care for them, said Riedy. “With the resources available, [Lancaster County Prison officials] may have no choice; the choice comes at the prison board level when deciding what percentage of people in prison have mental health issues – and what percentage of [funding] to spend on them.”

To tell the truth

A smoker, he’d call family meetings to announce that he had throat or lung cancer, said Cheryl’s brother, Wilson Alvarez, another of Rodriguez’s four children.

“It was not a lie,” Wilson Alvarez said. “It was a delusion.”

Cheryl Alvarez said her dad, who moved from Puerto Rico to Brooklyn in his late teens, often lied for no reason — as if he was compelled to do so.

He was never formally diagnosed with mental illness, but “my whole life it was just — that's just my dad, that's how he is, you don't believe anything he says, but no one thought anything of it. It wasn't a big deal.”

It became a big deal in August 2012, when Rodriguez was arrested by Southern Regional Police, charged with impersonating a Lancaster County Drug Task Force officer and taking money from a Pequea business for “police services” never performed. According to the affidavit in the case and media reports, Rodriguez flashed a badge, talked about investigations and even drove a white, unmarked Ford Crown Victoria.

Rodriguez got out on bail but wound up back in prison in October 2013, awaiting trial. There, his daughter said, he started telling guards that he was a retired law enforcement official.

“I'm guessing he was saying these things to make them feel like they're all on the same team,” she said. “But that’s when it all started.”

On Nov. 20, Rodriguez was moved to a cell by himself, but he could still make phone calls, buy snacks from the commissary and receive “no-contact” visits from family.

A month later, during a sweep of Rodriguez’s cell, prison officials found “contraband” — Cheryl Alvarez said she was told it was a piece of rope or string. That got him moved again, to the Restricted Housing Unit, where there are virtually no privileges.

Prisoners are in their cells 23 or 24 hours a day and aren’t permitted access to TV, radio or reading materials other than religious tracts or legal papers. Prisoners call it “the hole,” a term prison officials object to.

“We do not have a ‘hole,’ it just doesn't exist,” said Joe Shiffer, Lancaster County Prison’s deputy warden of inmate services. “It conjures up pictures in your mind of something you may see on TV, but it's not a damp, musty place. It's just used for protective custody, for people who may need to be secured in a location to keep them safe.”

Shiffer said that at all times, inmates like Rodriguez have access to mental health services, and can get help as needed.

Riedy, president of Justice & Mercy,  noted that the RHU is where many of the toughest prisoners are housed.

“This is where they’d house someone who assaulted a guard,” he said.

The problem, he said, is that the prison may have no better spot for Rodriguez.

“This guy [Rodriguez] suffers from obvious mental health issues [but] he told other inmates he was part of the Drug Task Force, that he was undercover in the prison, and what happened was he became a security risk for himself, because of what other inmates thought of him.

“So he’s a first-time offender but he’s stuck in ‘the hole,’ can’t get commissary, allowed only one phone call, and under the same restrictions as someone who gets into fights.”

Jan Baily, Executive Director of Mental Health America of Lancaster County, said the county prison has made strides in accommodating those with mental illness. For more than a year, at the request of Warden Dennis Molyneaux, MHA has been running weekly support groups for male prisoners with mental health needs. “The warden was very open to ensuring that we're taking the steps to be there, and moving forward,” she said.

But there’s a long way to go.

The situation isn’t unique to the county prison. Last summer, a federal civil rights investigation concluded that the State Correctional Institution at Cresson violated the rights of inmates with mental illness and intellectual disabilities by “warehousing” them in solitary confinement for months, even years at a time.

“Statistics suggest that over 50 percent of adults in prison have mental health or substance abuse needs,” Baily said. “But the prison system is set up to be punitive. And so you have a situation where somebody with a mental health need can deteriorate because there’s isolation, restrictions, medications can get taken away, and prisons in general don’t have the resources, programming, staff or budget. You bring in people with specialized needs, they just aren’t going to be met in a prison environment.”

Friday’s decision by prison officials to release Rodriguez from the RHU ended weeks of anguish for his daughter.

The last time she’d seen him, in mid-January, he’d lost 20 pounds, Cheryl Alvarez said. He had been writing her desperate, disjointed letters — as many as four or five a week. And she’d gotten phone calls from other inmates who said her father needed help.

Several times, she protested outside the prison, joined by family members and friends. She’d planned another protest for Friday, but canceled it after receiving the good news.

Rodriguez’s release from “the hole” came after inquiries from Lancaster Newspapers about his situation.

Her family’s ordeal may be over. The broader problem remains.

“And we still need to work on changing things,” she said.