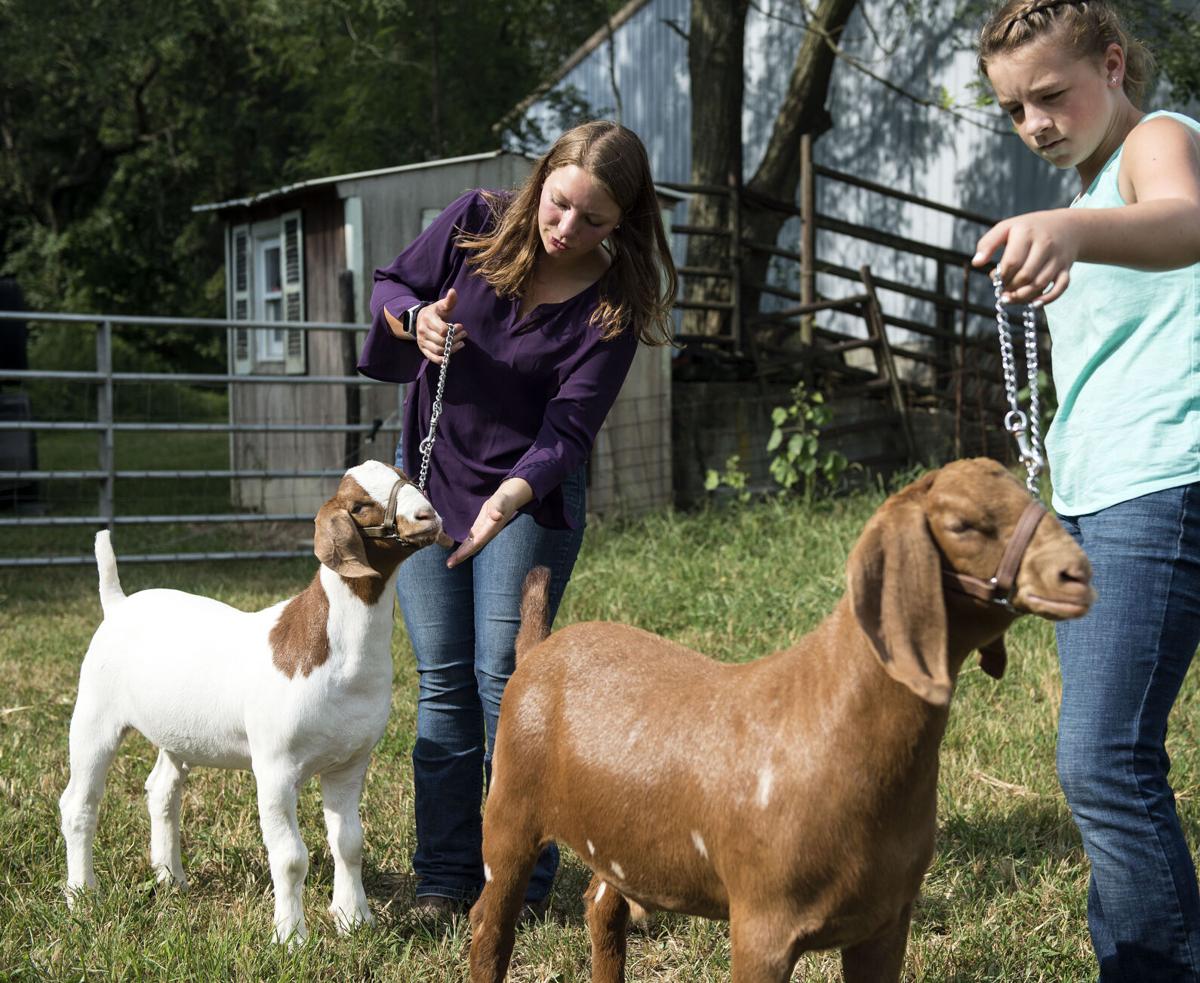 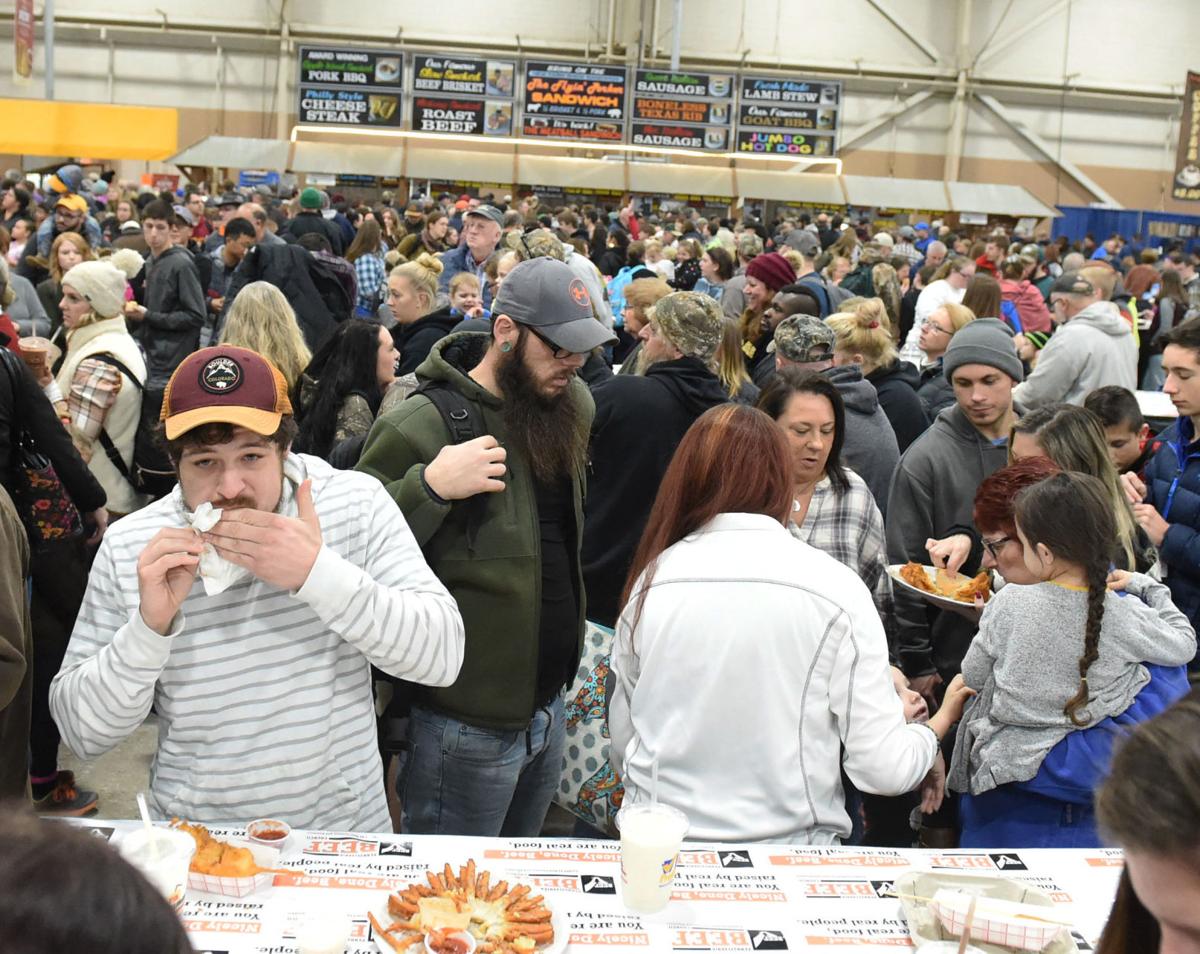 Crowd pack in the food court at the Pennsylvania Farm Show in Harrisburg. In this file photo from Sunday, January 5, 2020. 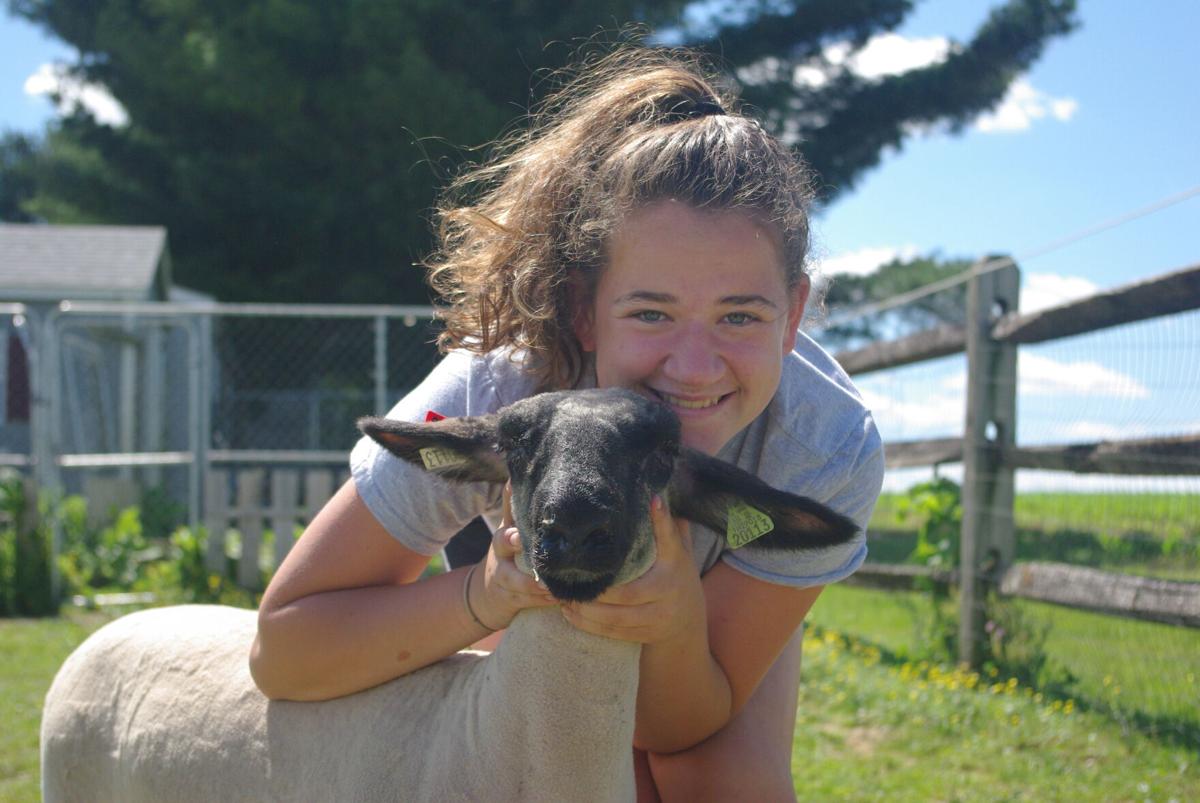 Bailey Oberholtzer, 16, of Ephrata Township poses with one of two sheep she hoped to show off at this year's Pennsylvania Farm Show. That's not possible now that the show will be held virtually due to COVID-19.

Crowd pack in the food court at the Pennsylvania Farm Show in Harrisburg. In this file photo from Sunday, January 5, 2020.

With a proud, wide smile, Bailey Oberholtzer posed for a photo earlier this year, cradling the head of a sheep in her hands as she leaned in for a snuggle.

It was one of two sheep that required hours of daily care from the Ephrata Township teen, who said she was happy to do the work, especially because it was done in the name of competition.

Oberholtzer, 16, hoped the quality of her animals would be enough to best fellow youth competitors at this year’s 105th annual Pennsylvania Farm Show, an eight-day event that begins today.

Instead, Oberholtzer said she’s now left feeling like she lost both money and time — unable to compete after the traditionally in-person show was altered to a virtual format due to the ongoing COVID-19 pandemic.

“For me, it's disappointing,” Oberholtzer said.

It’s a type of disappointment that likely abounds in 2021. That’s true not only among the event’s competitors but also the dozens of vendors who rely on the show for yearly revenue — the event generates about $90 million in economic activity — and the hundreds of thousands of visitors who annually attend the Harrisburg-based celebration of agriculture.

So with the exception of lost chances to build relationships with members of the public, local farmers won’t miss out on much due to the virtual show, said Ranck. However, he did not downplaying the importance of those interactions.

“We won’t see an economic impact,” Ranck said with relief for farmers, many of whom experienced recent financial losses due to virus-related breakdowns in the food supply chain.

“The Farm Show was always something that I started the year off well with,” said House, owner of Lancaster Trading House. “It was a major part of my yearly sales.”

In fact, the dealer of hemp-based products estimated that sales at the event account for 20% of his yearly income.

That’s what he stands to lose after already missing out on revenue from earlier festivals and fairs, which also were canceled due to COVID-19, House said.

“I took heavy losses,” House said. “I had stuff produced, and then I couldn't sell it.”

This would have been House’s 16th year set up inside the Pennsylvania Farm Show Complex, where he’s best known for selling Hempzels — his aptly named hemp-based pretzels.

But now, he’s overseeing the launch of a new website, and working toward the opening of a local retail space — all with hopes that he’ll be able to make up some of those lost sales.

On top of those financial concerns, the longtime hemp advocate said he worries about missed connections with show-goers. House said he’d made it a point to bring different products to the event each year, showing them off to educate the public about the potential uses of hemp, as well as its differences from marijuana.

“It’s hugely important for consumer education,” he said, wondering about alternatives. “How do you keep people kind of aware of everything that’s going on?”

Department of Agriculture officials seemingly hoped the answer could be found in the virtual show, which offers limited competitions, live-streamed events and a map showing real-world locations and links to websites where vendor goods can be purchased.

The shift to the online format was announced in August, with Agriculture Secretary Russell Redding assuring that the decision wasn’t taken lightly.

“But we also recognize it’s the right thing to do,” he said at that time.

Officials at the Pennsylvania Farm Bureau agree, according to spokesman Liam Migdail, who shared a statement from bureau leadership.

“While it’s disappointing that there will not be an in-person Farm Show this year, we recognize that an in-person show is simply not feasible due to the circumstances of the COVID-19 pandemic,” the statement reads. "We are however thankful that many of the educational aspects of the Farm Show will continue in a virtual format and encourage Pennsylvania families to participate and learn more about how farmers produce the food, fuel and fiber we rely on each day.”

A schedule of events can be found on the Farm Show website at farmshow.pa.gov.

In the statement from Migdail, the show also is described as an event that “engages and supports the next generation of farmers” through competitions like youth livestock shows.

In a typical year, Lancaster County’s 4-H program would have about 35 youth participants, according to Lori Little, the Penn State Extension’s local 4-H educator. They’d be competing not only in animal exhibitions but also in events like textile and baking competitions, she said.

Oberholtzer and her sheep would have been among them, the teen said.

She said the sheep were bought just before the cancellation was announced — an expense of about $1,000 for the pair. She’d hoped to at least make that money back at a regular post-show auction.

But due to the cancelation of in-person events, Oberholtzer instead opted to offload her sheep at a local livestock sale — losing several hundred dollars.

“I was like, ‘Oh, what a bummer,’” said Oberholtzer, who was also thinking about the lost camaraderie and relationship-building she normally experiences while interacting with her Farm Show competitors.

But Little said she sometimes worries about other teens.

“If your child plays soccer, and then, they take a year break, sometimes they have to think about if they are going to continue,” she said, wondering if the same is true in this case. “I'm not entirely sure how this is going to come out.”

The uncertainty was largely the same for Stephen Geib, an agricultural science teacher at Elizabethtown College and adviser of a local Future Farmers of America chapter.

For Geib — a former Farm Show participant — the main draw for teens, other than competing, is interacting with the public.

“This is kind of our big opportunity to be a part of a big thing, the state show,” Geib said. “People ask you questions, people from the community, people who are there visiting.”

Now, he’s skeptical that many local teens will actively seek out virtual show activities, especially if it means more time staring at footage from live-streaming webcams.

“They have to do it every day for school,” Geib said. “Maybe three months ago they would have jumped all over.”

Still, the teacher said he remains optimistic while looking forward to 2022.

“I don’t think this one year is going to hurt. Our kids are tough,” he said. “Hopefully, next year it’s back bigger and better than ever.”

Pennsylvania Farm Show bows to COVID-19, will be virtual event this January

Ongoing efforts to reduce pollution flowing to the Chesapeake Bay have seen some success, bu…

Carrying a long, narrow shovel, Steve Groff walked into a field on his Holtwood farm, pausin…

The 105th Pennsylvania Farm Show begins this morning. To keep public safety the top priority, the entire show will be virtual this year — but …

The Pennsylvania Farm Show kicks off its second day: Here are 3 virtual events, panels to check out

The second day of the 105th Pennsylvania Farm Show is here.

The third day of the Pennsylvania Farm Show is jam-packed with events and panels: Here are 5 to check out

The third day of the 2021 Pennsylvania Farm Show is set to be the biggest day of the event so far, with 26 virtual events and panels on the docket.

The Pennsylvania Farm Show is in full swing now, with 33 activities and panels on the schedule for Tuesday.