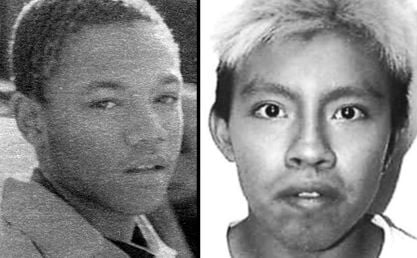 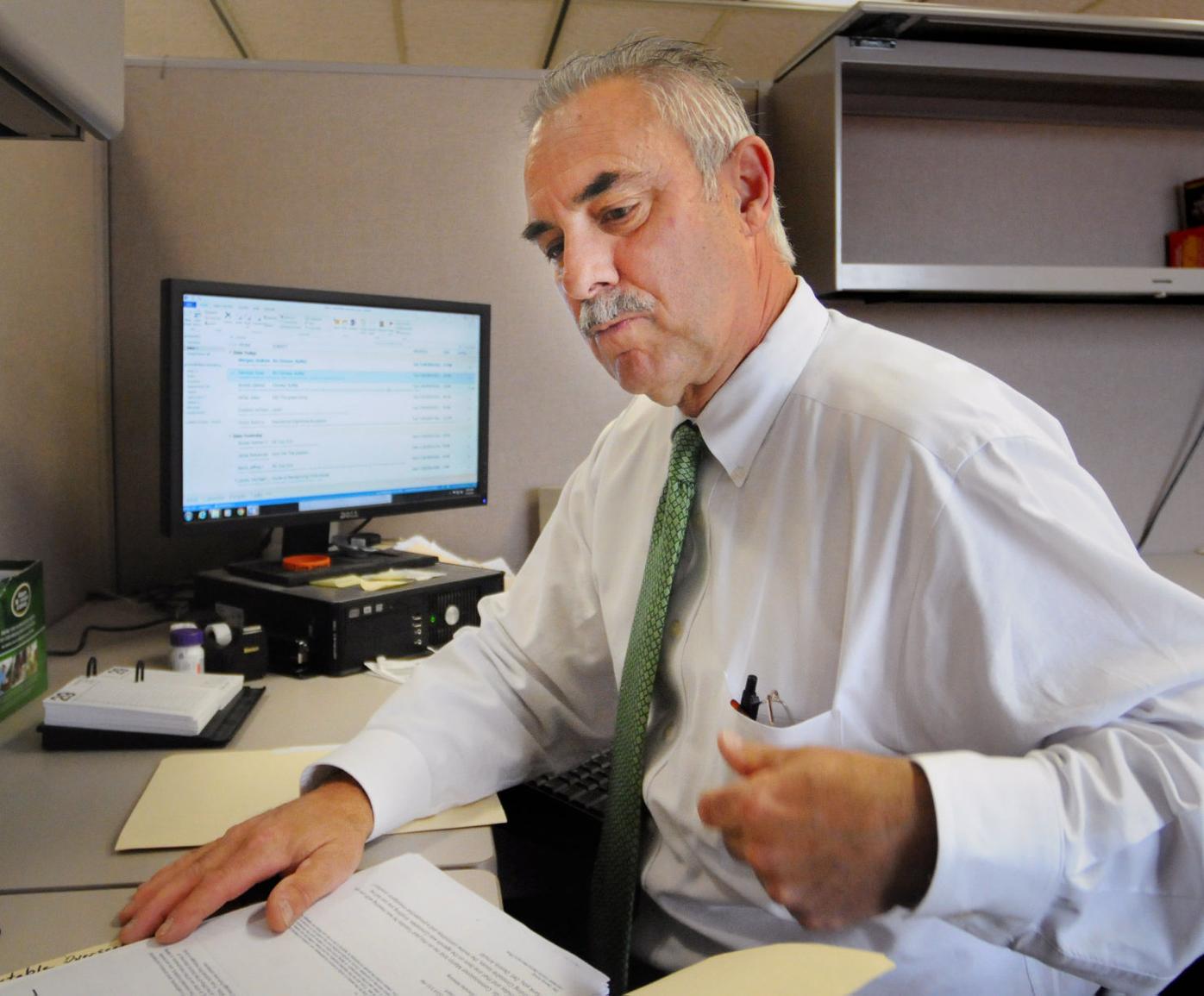 Dennis Arnold goes over reports at the Lancaster County Courthouse in his final week of work last month.

Dennis Arnold goes over reports at the Lancaster County Courthouse in his final week of work last month.

For 44 years, Detective Dennis Arnold had an up-close look at the ugly side of Lancaster County.

A decade of gang-on-gang violence.

Two of the county’s most brutal killings ever.

The car-crash murder of a young family.

Yet, many of his investigations ended the way he worked them: with conviction.

“I was tenacious. I kept digging,” he said in his last days on the job, reflecting on decades of police work. “I never stopped digging.”

Arnold retired at the age of 63, a long way from his start as a Lancaster city police cadet, mere months after graduating from McCaskey High School.

It won’t be an easy chore for anyone.

Arnold, formerly captain of city detectives and most recently a county detective, worked many of Lancaster’s most violent crimes of the past half-century.

Perhaps his best value, his peers said, was his ability to coax confessions and other information from criminals of all sorts, including:

• A 14-year-old boy who killed an innocent city cab driver in 1994 for train fare to Chicago.

• A convicted felon who mutilated and killed a disabled man near Penn Square in 1991.

• A serial robber who shot a Lancaster school crossing guard as she was heading to her afternoon post in 1988.

“Denny was just a natural at getting people to talk,” said Mike Landis, captain of county detectives, who started with Arnold as a city cadet in September 1970.

District Attorney Craig Stedman, who oversees the county detectives, said he used Arnold for the “extremely serious and sensitive” cases.

“He was always someone I could count on,” Stedman said, “for even the most difficult of interviews.”

Arnold was 19 when he first wore a city police officer's uniform. And he said it got hot and heavy pretty quick.

He initially handled a variety of patrol duties — even though he wasn’t allowed to carry a gun until he turned 20 years old.

Violent crime seemed to pick up in the 1980s when, Arnold recalled, out-of-state gang members and drug dealers staked out new territory here.

“There was an influx of New York guys,” he recalled. “Lots of turf wars.”

The homicide rate jumped — with young men and teens often at either end of a gun.

Unfortunately, Arnold pointed out, the homicide rate never quite returned to its modest levels of the 1970s. During a 10-year period, beginning in 1976, there were, on average, 6 a year here.

All that changed as Arnold was hitting his stride as a detective in the late-1980s. He recalled one year when there were more than 20 homicides.

“It was breakneck speed. You couldn’t help but feel, at times, overwhelmed,” he said. “But we solved pretty many.”

That includes one of his most satisfying arrests.

The brutal killing of Janice “Sissy” Williams in January 1987 went unsolved for more than five years. Williams, a 22-year-old mother of two, who had been sexually abused and stabbed more than 50 times, in the bedroom of her East King Street apartment.

Police found no murder weapon and had no suspects.

Then, in early 1992, information came from a possible witness to the murder.

“That was a tenacious investigation by everybody,” Arnold recalled. “It went cold. Then, all of a sudden, it went real fast. We had leads for a solid week.”

The witness, Henry Gibson, provided the biggest break in the case,  testifying at trial that he was in the apartment when Williams was killed.

Baez was convicted and sentenced to death. His execution has been stayed during years of appeals.

Around the time of Baez’s arrest, Arnold was entrenched in another major case that made the long-running true-crime television series, “Unsolved Mysteries.”

Arnold had a good idea who raped a 13-year-old girl in a wooded area on Chesapeake Street in November 1991.

His suspect was 20-year-old Danny Pineda, a former state-champion runner at McCaskey High School, who briefly dated the teen.

Arnold also had the motive: The girl recently ended the relationship due to the age difference.

“He took that pretty hard,” Arnold said of Pineda.

After Pineda escaped officers in Lancaster County Park after the rape, the suspect literally was on the run.

Sure enough, the day the episode ran — Pineda was dubbed by show producers as the “Track Star Rapist” — Arnold got a call from police in Puerto Rico.

Three years after the brutal crime, Pineda was in custody.

He was eventually extradited here, convicted and sentenced to state prison.

For all the successful arrests and prosecutions, there also was disappointment, Arnold said.

There are cold cases that he never stopped working or thinking about. He filed reports in some of those cases as recently as last month.

But now, pondering over “who-dunnit?” will become deciding “where-to?” as Arnold intends to travel with his family while he’s still healthy and “young enough.”

“I won’t miss being called at 2 a.m. to go out to a death investigation,” he said. “But I’ll miss the camaraderie.”

So will those who will continue working.

His colleagues at the detectives division of the county courthouse fondly recall not only Arnold’s dependable police work, but a  sense of humor that made murder investigations more bearable.

They said, he left a mark on everyone he worked with and will be remembered for everything he was during the past five decades:

“He deserves to retire,” said Landis, his longtime colleague and friend, “and to eat Chinese whenever he wants to.”