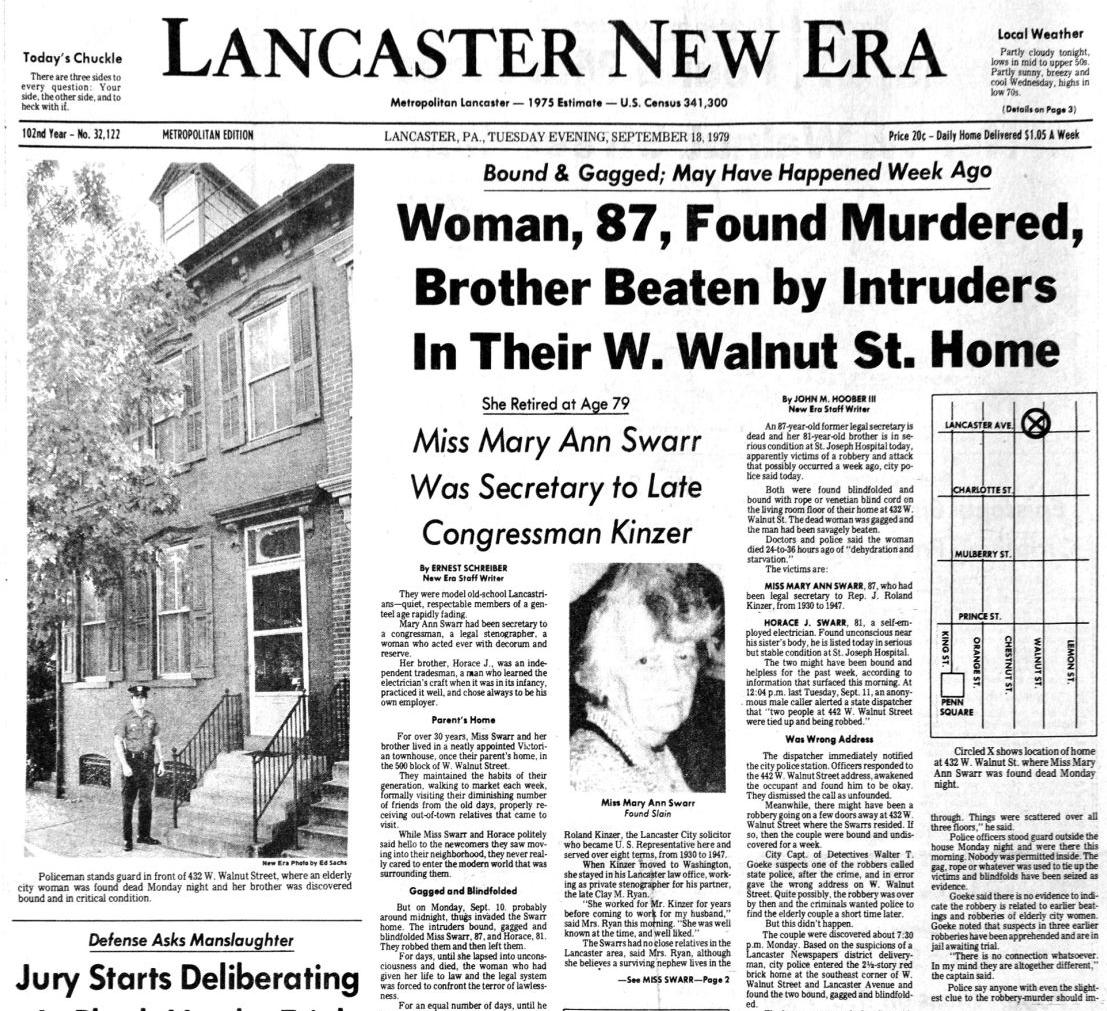 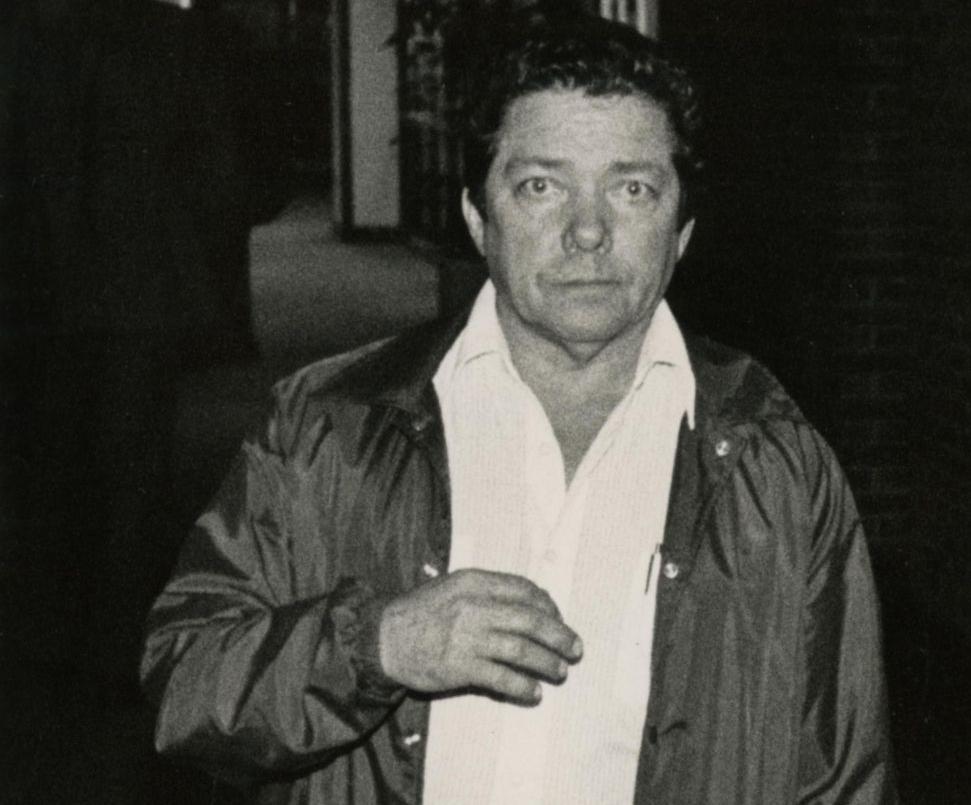 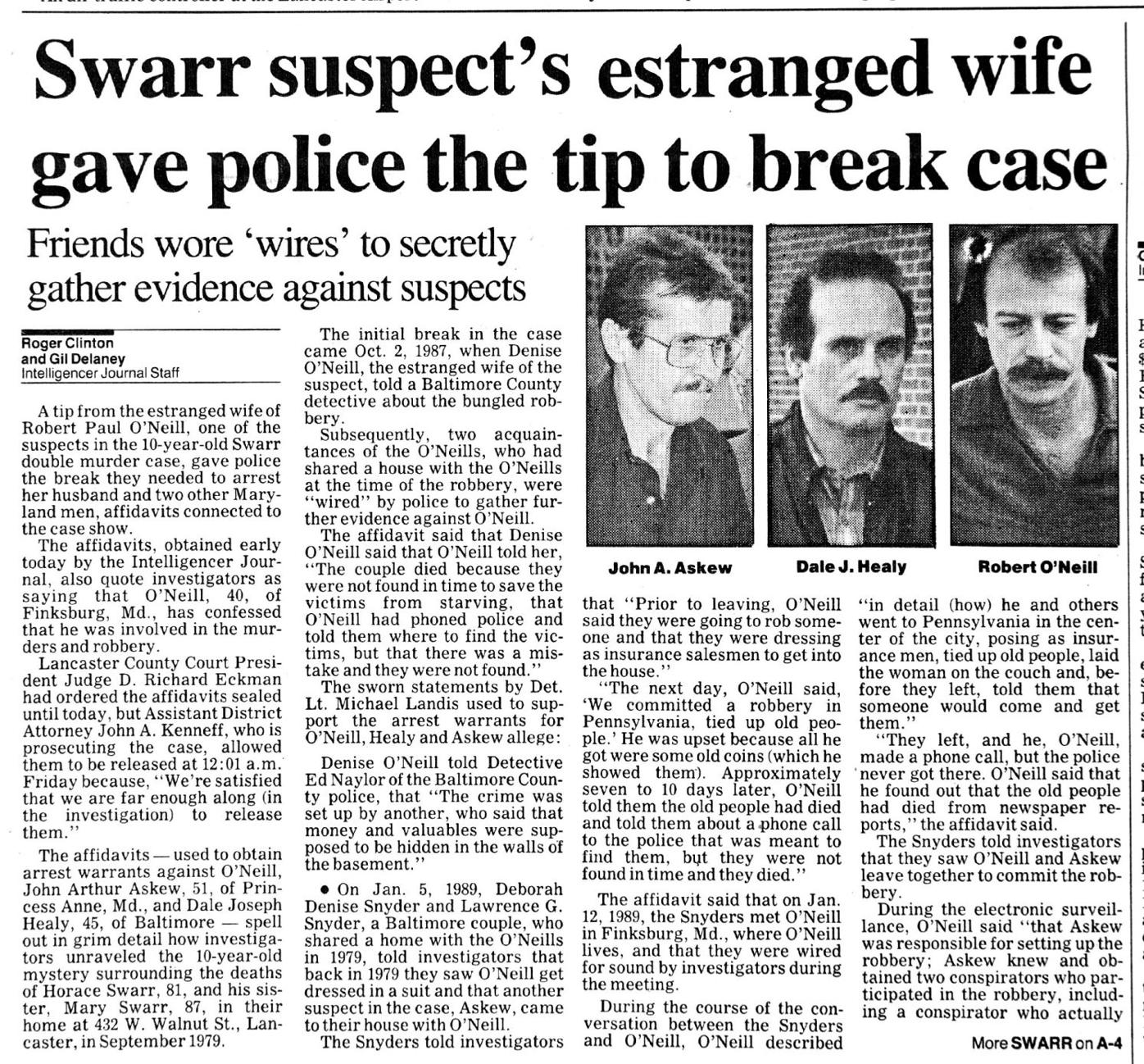 A 78-year-old accomplice in one of Lancaster County’s most notorious crimes has appealed for relief from a life sentence — 35 years after the crime.

The Pennsylvania Superior Court, however, has denied George Burkhardt’s appeal of a life term ordered in 1990 on two counts of second-degree murder.

A jury convicted Burkhardt of conspiring with three other men to tie up and rob a Lancaster city elderly couple, who died of starvation when no one came to their aid.

The killings of Horace and Mary Swarr went unsolved for nearly a decade.

Burkhardt, now 25 years into his life term, challenged the jurisdiction of the judge who ordered the sentence, and evidence at sentencing about his criminal record.

It was Burkhardt’s seventh separate appeal, at least, since his conviction.

The high court recently denied the appeal, saying it was filed too late and, even if filed timely, is without merit.

Burkhardt and two other Maryland men are serving life terms; a fourth man cooperated with police and served a lesser sentence.

On Sept. 17, 1979, someone called police and disclosed the robbery — however, they reported the wrong address.

The Swarrs were blindfolded and bound in their home at 432 W. Walnut St. for a week.

Burkhardt was the driver for the robbery, then split up the stolen loot, taking a share, according to reports.

Gov. Tom Wolf on Thursday commuted the sentence of a man who conspired with three other men four decades ago to tie up and rob two elderly Lancaster city siblings, who died of starvation when no one came to their aid.