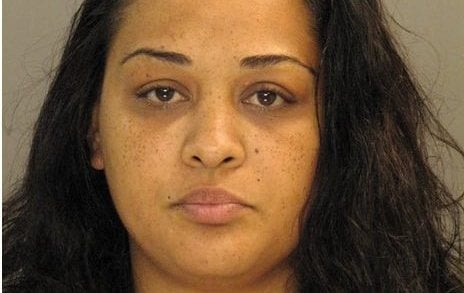 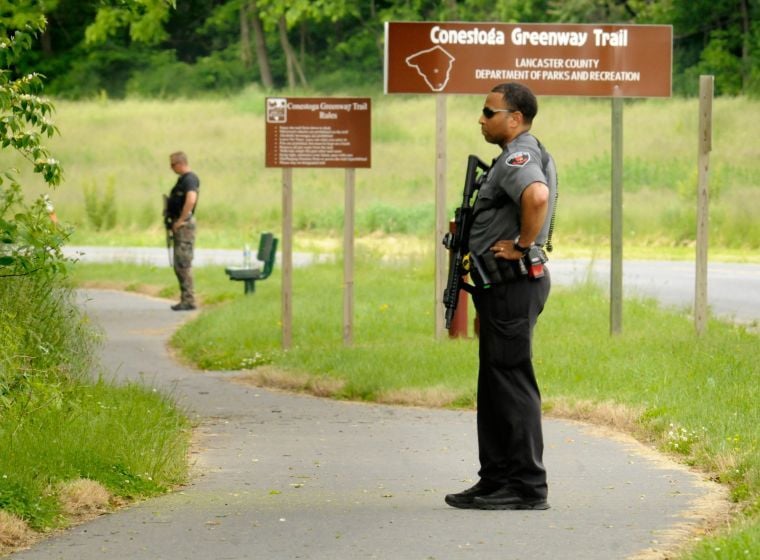 Police with rifles patrolled Lancaster County Central Park after a woman falsely reported being kidnapped and taken there by two men.

Police with rifles patrolled Lancaster County Central Park after a woman falsely reported being kidnapped and taken there by two men.

A New Holland woman who faked her own kidnapping last May, setting off a five-hour manhunt involving police on horses, trained tracking dogs and helicopters, was sentenced to three to 23 months in prison Thursday.

Maria L. Collazo, 34, initially reported that two men abducted her at her workplace in the city. She later changed her story and said two men kidnapped her off the street, drove her to Lancaster County Central Park, ripped off her clothes, sexually assaulted her and put her in the trunk of her car.

Police briefly detained two men who were in the park,  and who matched Collazo's description, and questioned them about the matter.

Police later found surveillance camera footage that refuted Collazo's story, though she refused to admit to them at the time that she was making up the story.

In remarks to the court Thursday, Collazo said she did not know what led her to concoct the kidnapping tale.

"I don't have an explanation for what I did," she said, in a trembling voice. "I'm a good person and a loving mother to my children."

Collazo, who is married and has four children and four stepchildren, apologized for her actions. She said she has been suffering from depression for a long time, and is getting counseling.

Her husband, Larry Torreulla, said his wife was not in the right state of mind when she lied about being kidnapped.

"What she did that day, that wasn't her," he said, saying she deserves a second chance.

Collazo's defense attorney, Michael Marinaro, told Lancaster County Judge Donald Totaro that his client had a difficult upbringing, noting she was sexually assaulted by a family member at the age of 9, but her mother did not believe her and she never got any help.

Her family life was tumultuous, and she joined a gang and was dating a 31-year-old man by the time she was 12. The man got her pregnant and later went to jail for his relationship with her.

Collazo had pleaded guilty earlier to charges of false alarm and false reporting for the incident. Marinaro asked for a period of house arrest and probation as a sentence.

First Assistant District Attorney Christopher Larsen acknowledged Collazo has had a difficult past but said that kind of background does not always lead to what Collazo did.

The report of the kidnapping created fear in the city, in addition to consuming great amounts of time and resources from police and emergency responders, Larsen said.

Streets were closed. A school was notified. Businesses went on lockdown.

Totaro said, "Your crime had a significant impact on Lancaster County, as well as two innocent individuals who were detained by police as a result of your report."

"Only you, Miss Collazo, will ever understand why you did this," he added, "but your conduct was inexcusable."

Collazo's refusal to admit she was lying and her lack of remorse, until Thursday, are disturbing, the judge said.

The judge noted that Collazo has been charged with both retail theft and an assault in the past, and that she failed to show up for counseling appointments, according to her records.

Her lack of honesty, her failure to cooperate and her poor potential for rehabilitation. Totaro said, were all factors in the sentence, which includes three years of probation, consecutive to her prison sentence.

She also was ordered to pay $9,216 in restitution, for the cost of law enforcement response to the fake report.