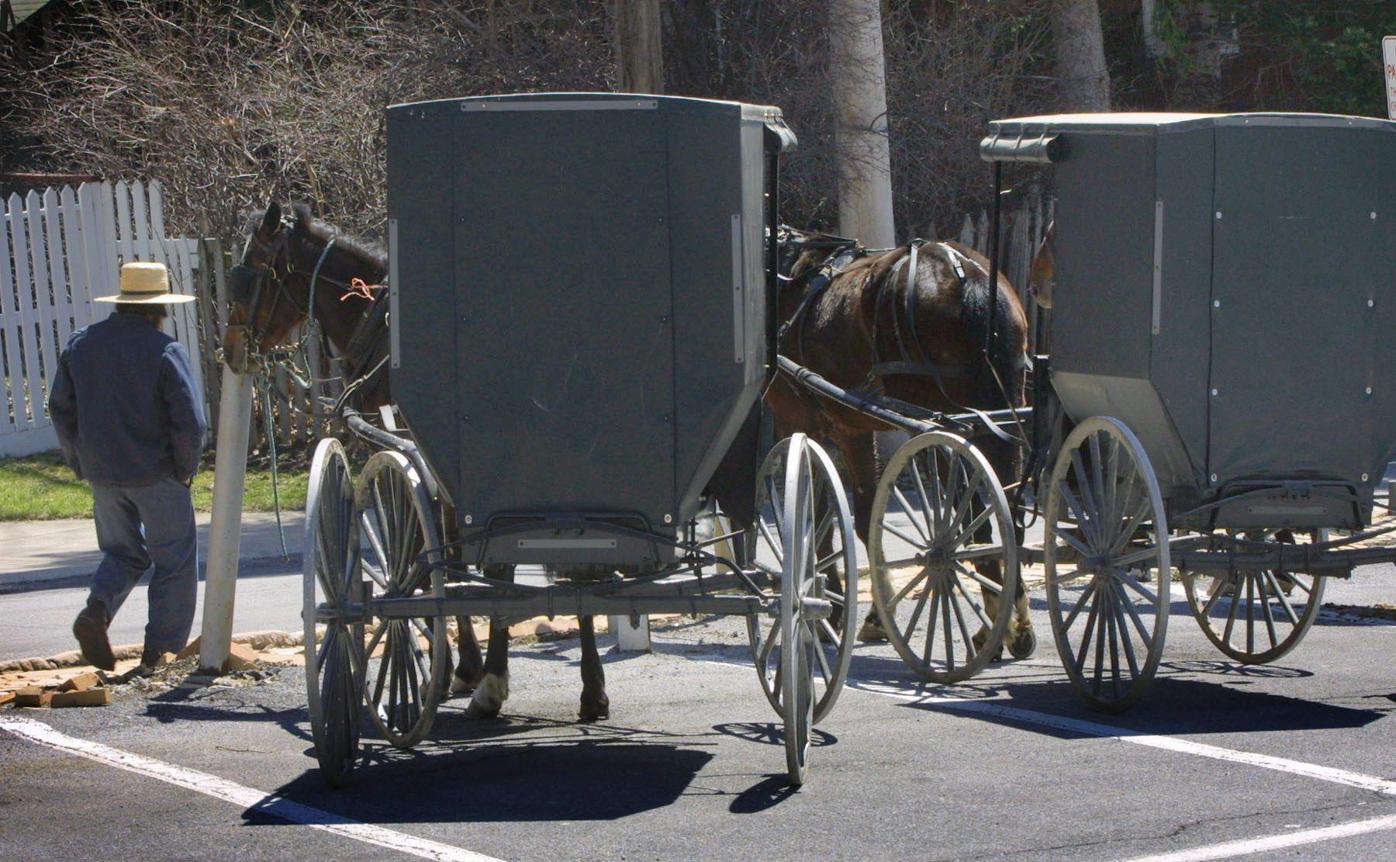 The Swartzentruber Amish sect uses four pieces of gray reflective tape on the back of their buggies instead of a 16-inch orange reflective triangle. 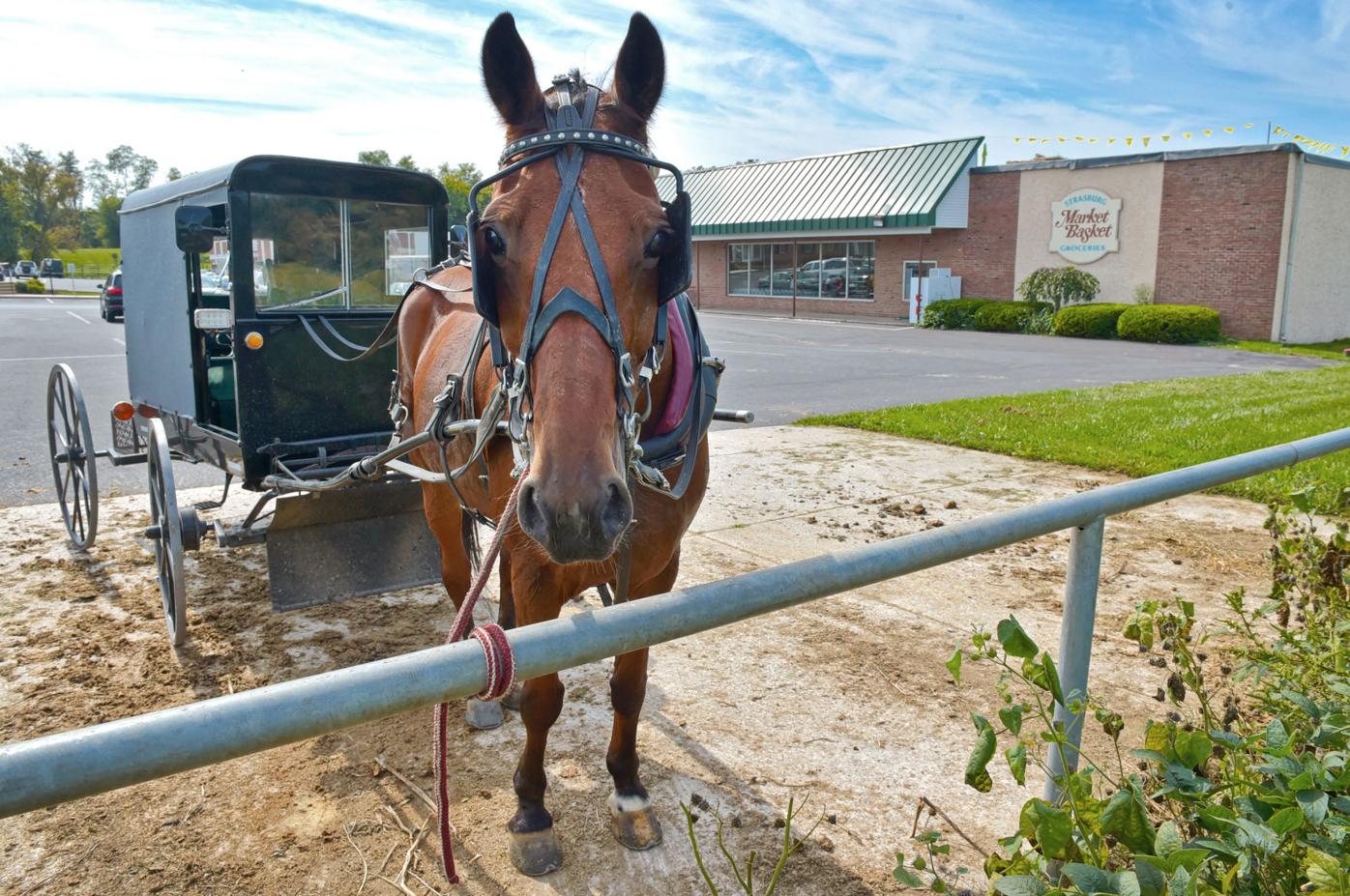 An Amish buggy is parked outside Strasburg Market Basket, a small, family-owned grocery store closing after being in business for 40 years om Tuesday, September 26, 2017. 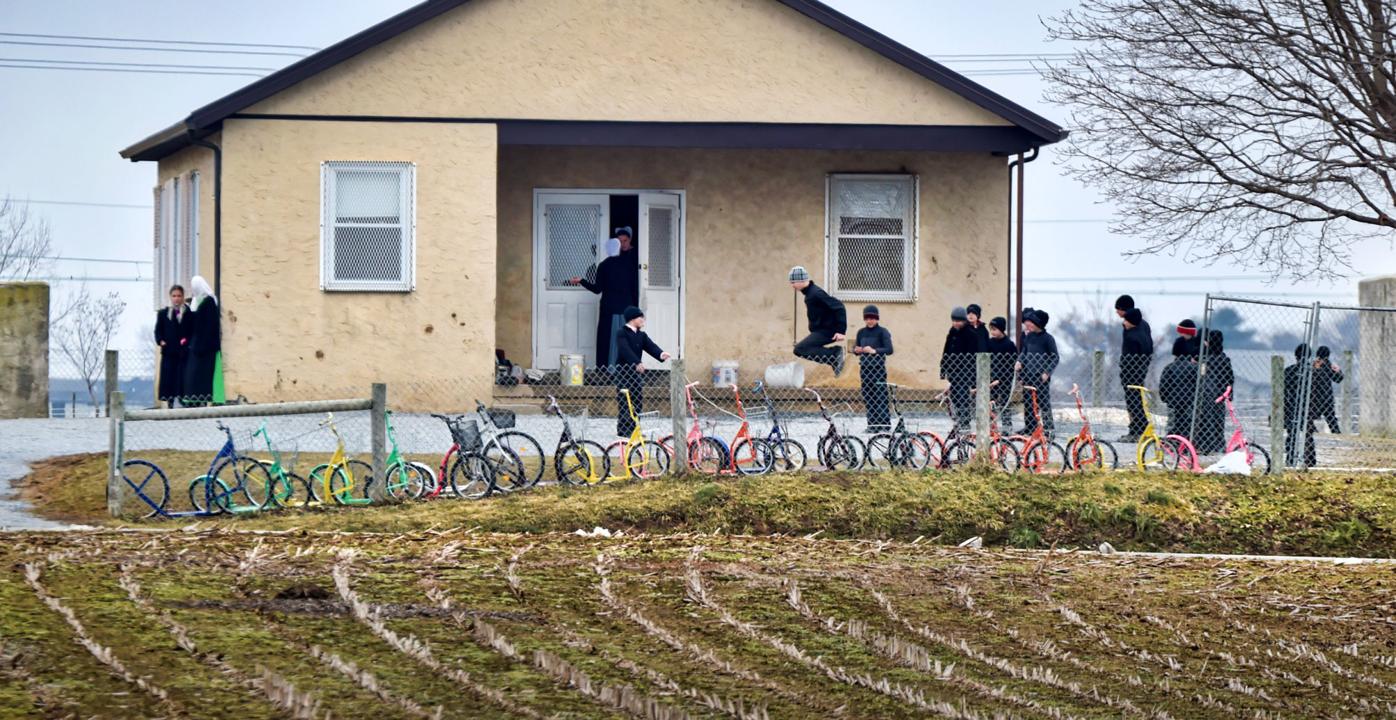 It was time for recess at this schoolhouse near Gordonville in Leacock Township Friday afternoon. Friday, February 22, 2019

Bicycles used to be an expensive means of transportation in the 1800s. For reference, when the bicycle was released in 1878, it cost $125, according to the International Bicycle Fund.

That would set the average person back around $3,355 in today's dollars, according to an inflation calculator.

And, for rural back roads, bicycles aren't incredibly useful; the roads weren't paved enough to ensure a steady ride.

Amish churches decided that they were impractical, so they weren't integrated into day-to-day practices, according to Steve Nolt, professor of History and Anabaptist studies at Elizabethtown College.

"As in many societies, once a precedent is established, it’s resistant to change," said Nolt in an email with LNP | LancasterOnline.

"By that time, bicycles were simply not part of the Amish symbolic world, and scooters filled that role, both practically and symbolically," Nolt said.

Other Amish communities in the United States may end up using bikes or scooters, or neither. But, at least for the time being, be prepared to see Amish folk using scooters on the sidewalks.

What's the difference in color of carriages between the Amish and Mennonite? What do the colors mean?

Originally, the differences came down to what types of waterproof materials were available during initial buggy construction, according to Dr. Steve Nolt.

The most common color for waterproof fabric was bright yellow, so for many years, that was the default color of buggies, said Nolt.

In the early 1900s, buggy builders had more options for waterproof fabrics. Eventually, the Old Order Mennonites would decide on black, and the Amish would use gray, said Nolt.

"I don’t think we know with certainty why one group chose a black waterproof material and the other chose gray," said Nolt. "Once established, each became a tradition."

In other parts of the country, this may differ; Nolt said that in Mifflin County, one Amish group still uses the yellow fabric. Another group in the county uses white.

And most Amish factions, other than those in Lancaster County, use black for their buggies.