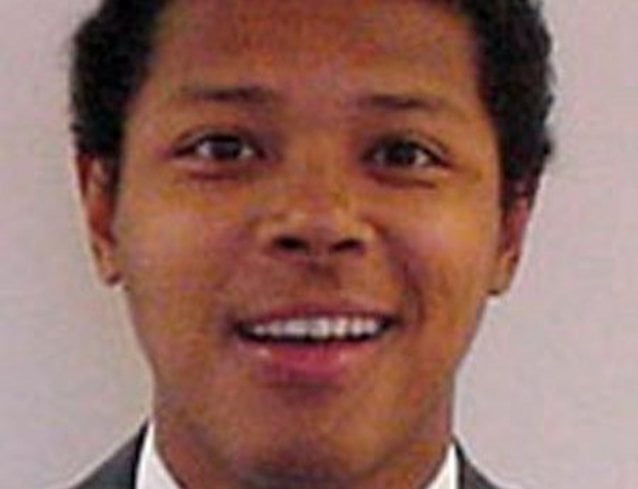 Jonathan Luna, 38, an assistant U.S. attorney in Baltimore, had been stabbed 36 times and his throat had been slit, but he actually died by drowning in shallow water. (Lancaster Newspapers) 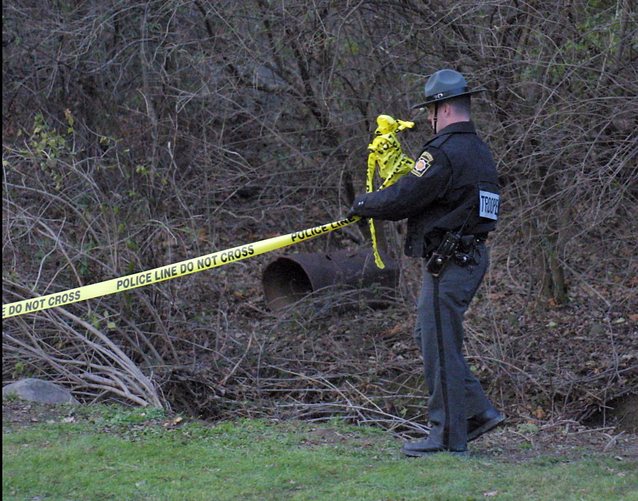 Ten years ago this month, a federal prosecutor was found dead in a Brecknock Township stream, within earshot of the Pennsylvania Turnpike. (Lancaster Newspapers) 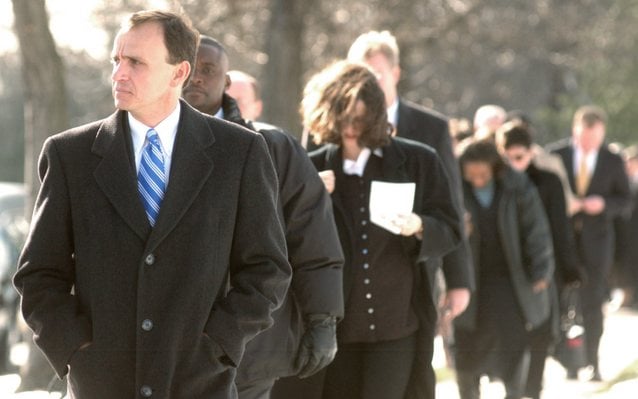 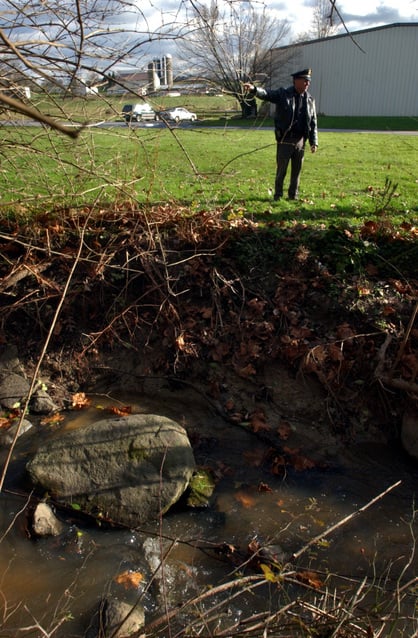 Jonathan Luna, 38, an assistant U.S. attorney in Baltimore, had been stabbed 36 times and his throat had been slit, but he actually died by drowning in shallow water. (Lancaster Newspapers)

Ten years ago this month, a federal prosecutor was found dead in a Brecknock Township stream, within earshot of the Pennsylvania Turnpike. (Lancaster Newspapers)

It's a crime that may never be solved.

Ten years ago this month, a federal prosecutor was found dead in a Brecknock Township stream, within earshot of the Pennsylvania Turnpike. Jonathan Luna, 38, an assistant U.S. attorney in Baltimore, had been stabbed 36 times and his throat had been slit, but he actually died by drowning in the shallow water.

The Lancaster County coroner ruled it a homicide. Luna's boss vowed to find the killer. A $100,000 reward was posted by the FBI.

A decade later, the case has gone stone cold.

Officially, the inquiry remains open. But some who knew Luna, as well as amateur sleuths who have followed the case, say it's never been much of an investigation.

They say it's almost as if officials don't want to find the killers.

"Something stinks," said Ed Martino, of Blue Ball, a private investigator who spent years looking into Luna's death. "You're not talking about some street drug dealer, you're talking about a young U.S. attorney.

"It's not a difficult crime to solve. If you want to solve it."

Jonathan Luna seemed like a modern-day Horatio Alger, the son of a Filipino father and African-American mother who rose from the projects of the South Bronx to attend Fordham University, then get his law degree at the University of North Carolina at Chapel Hill.

"He was just one of those guys who had charisma - there was always a smile on his face," said Robert Reuland, an attorney and author who worked with Luna in the Brooklyn District Attorney's Office in the late 1990s. "Prosecutors in Brooklyn tend to be fairly hard-nosed, crabby guys, but Jon was not that - he was cultured and gentlemanly."

Luna became an assistant U.S. attorney in Baltimore in 1999. He was married to an obstetrician and had two children.

The chief witness, Warren Grace, was a convicted heroin dealer working as a paid FBI informant. But as Harrisburg author Bill Keisling detailed in his 2005 book on the case, "The Midnight Ride of Jonathan Luna," Grace had broken the conditions of the confidential informant programs, slipping out of his electronic monitoring device and having heroin unrelated to the case in his vehicle, among other allegations. That information came out during the trial, and defense attorneys accused Luna of failing to disclose it.

Over lunch Dec. 3, Luna offered a plea deal. He was in his office working on the agreements late that evening when he left - apparently suddenly. His car was clocked leaving the parking garage at 11:38 p.m.; he left his cellphone and his glasses on his desk.

Luna's "midnight ride" took him to Delaware, where around 1 a.m. he withdrew $200 from an ATM at a rest stop near Newark. Then he traveled to New Jersey before crossing into Pennsylvania on the turnpike. At 4:04 a.m. Thursday, Dec. 4, Luna's silver Honda Accord exited at the Reading-Lancaster interchange.

The toll ticket had blood on it, suggesting he already was injured.

At 5:30 a.m., an employee of Sensenig & Weaver Well Drilling, on Dry Tavern Road in Denver, noticed the Honda Accord, its front end hanging over a stream on the property. Blood was smeared on the driver's-side door and front fender, and had pooled on the rear passenger-side floor. The car was still running.

Luna's body was beneath it, in the water.

He had dozens of stab wounds, many to his back. Keisling, who talked to workers who prepared Luna's body for burial, wrote in his book that Luna's hands were "shredded" with what looked like defensive wounds. His scrotum was slashed, his throat cut.

Then-Lancaster County Coroner Dr. Barry Walp ruled that Luna had died by drowning. He classified the death as a homicide.

Last week, Walp declined to discuss the case, saying, "I don't recall, I don't have any records, I can't comment on it at all."

Police combed the area where Luna's body was found, looking for a murder weapon, but initially found nothing. Six weeks after his death, authorities announced they'd found Luna's own penknife; it was deemed to be the weapon that killed him.

The autopsy report was never filed. Lancaster County Coroner Dr. Steven Diamantoni said that since the case is still under investigation, he's legally prohibited from releasing it.

He did say that while the case happened five years before he took office, "It remains the official opinion of this office that the findings (of the autopsy report) were most consistent with homicide."

Hours after Luna's death, his boss, Baltimore U.S. Attorney Tom DiBiagio, declared, "We will find out who did this and we are dedicated to bringing the person responsible for this tragedy."

But within days, the Luna story was evolving.

The Baltimore Sun reported that Luna had been involved in a robbery case in which $36,000 in cash had gone missing. The newspaper would subsequently report that at the time of his death, Luna feared he was on the verge of losing his job, and had retained his own attorney. There also were personal allegations, such as the assertion that the happily married Luna had posted profiles on adult websites, seeking female sex partners.

Keisling calls it "a well-timed hit job on Luna's reputation." Reuland, the attorney who worked with Luna, has never believed a word of it, and he blames federal investigators for smearing his friend.

"The very people who should have looked after him in his death didn't do so, and instead went 180 degrees in the other direction and decided it was useful to spread scandalous and unfounded rumors," he said.

Several sources say Walp's successor as coroner, Dr. G. Gary Kirchner, was pressured to change the autopsy report and reclassify Luna's death as a suicide. Kirchner - who died in August - reportedly refused to do so.

"I spent time in Gary's office, and he was scared to death," Martino said. "He knew it wasn't suicide, he knew it was a homicide. But all the evidence disappeared, and the coroner was told not to talk."

The FBI, which continues to offer a $100,000 reward for information on the case, referred all comment on the case to Pennsylvania State Police. State police spokeswoman Maria A. Finn said that "the case remains open and under active investigation, therefore we really can't comment on it."

She urged anyone with information on the case to call local authorities or Pennsylvania Crime Stoppers at 1-800-4-PA-TIPS.

So who did kill Jonathan Luna - and why?

Keisling, in his book, suggested the mob may have been involved, that Luna may have "double-crossed" powerful figures. Others think the FBI knows more than it's telling.

But among those who have followed the case, there's almost universal agreement that the inquiry into Luna's death has been substandard at best.

Keisling discovered that a grand jury was convened in 2009 to look into Luna's death, but it never issued any report.

"Here we are, and it's just really sad," he said. "If you or I disappeared from our office, if this was some insurance salesman, there'd be a more thorough investigation. This guy was a drug prosecutor from Baltimore, for God's sake! It's like something out of 'Breaking Bad.' "

"This was a federal prosecutor!" he said. "Who knows what this could have been - payback, a revenge killing?